A Network of Influence 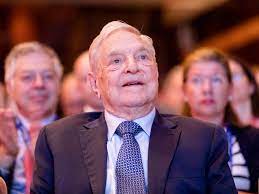 Robert and Rebekah Mercer are the billionaire philanthropists credited with being among Donald Trump’s biggest financial backers. They have funded a range of far-right groups in America – including white supremacists and supporters of the January 6 Capitol attack. Renowned Republican political strategist Steve Schmidt has described them as among “the chief financiers of the fascist movement”.

In a special investigation, Byline Times has found that six of Liz Truss’ Cabinet appointments have funding ties to Conservative organisations connected to the Mercer lobby. While two of her formal advisors, and two independent advisors involved in shaping ‘Trussonomics’, come from these groups.

Liz Truss’ Cabinet appears to be ideologically aligned with some of the most controversial themes of far-right activism in the US, including women’s rights.

The parliamentary register of interests reveals that Thérèse Coffey, now Deputy Prime Minister and Health and Social Care Secretary – who is well-known for her anti-abortion stance – received a number of donations from one of the largest anti-abortion lobbies in the UK, which openly supported the US Supreme Court’s 2022 overturning of Roe versus Wade.

A total of £20,040.14 was donated to Coffey by the Catholic Bishops Conference of England and Wales to fund interns in her parliamentary office from 2017 to 2019. Following the Supreme Court’s decision, it released a statement praising the judgment as the result of “the prayers, dedicated work and commitment of those who seek to protect women who are pregnant and the unborn child”. In its list of ‘further resources’, the statement linked to the UK branch of Rachel’s Vineyard – a US anti-abortion movement which organises hundreds of retreats each year and has played a central role in campaigning against Roe versus Wade in Republican circles for more than a decade.

The Supreme Court’s decision was a direct legacy of Donald Trump’s presidency, who stacked the court with Republican appointees and declared his “great honour” at having made the overturning of Roe versus Wade possible. His donors, Robert and Rebekah Mercer, have funded notable anti-abortion Republican political action committees.

Since taking office, Coffey has claimed that she is “not planning to make any Government changes” to abortion laws.

However her former special advisor – who is now advising Prime Minister Liz Truss on health – previously worked at a Conservative think tank that received funding from the Mercer lobby. Several other Truss ministerial appointees have more well-known links to pro-Trump networks.

In 2017, Jacob Rees-Mogg – Truss’ Business, Energy and Industrial Strategy Secretary – met with far-right ideologue and former Trump chief strategist Steve Bannon in America to discuss how conservative movements can win in the US and UK. Bannon was recently convicted of contempt of US Congress.

Byline Times can reveal how Bannon’s involvement with the UK Conservative Party began much earlier – due to the same Mercer lobby – which not only seems to have had some influence over the 2019 Conservative Manifesto, but also the new Truss Cabinet.

Baker’s colleague at CWF – the organisation’s long-time executive director and vice-chairman for around a decade – is Paul Simon Osborn. Although Osborn’s affiliation has not been mentioned on CWF’s website since last December, company records seen by Byline Times confirm that he remains a director of CWF.

Osborn has longstanding ties with Steve Bannon and the Mercers.

Byline Times can also reveal that the Cherish Freedom Foundation provided a grant to top Conservative think tank, the Centre for Policy Studies, in 2019 – just months before the General Election.

The CPS was co-founded in 1974 by Thatcher and has been described by watchdog Transparify as one of the least transparent think tanks in the world, due to its refusal to identify its donors.

US Government Internal Revenue Service (IRS) filings show that, on 3 September 2019, the Cherish Freedom Foundation donated $60,000 as a grant to the CPS.

The 2019 Conservative Manifesto was authored by two CPS staffers – Rachel Wolf, who sits on CPS’ board, and CPS director Robert Colvile. The manifesto reflected a raft of CPS policies on tax, housing, welfare and business. It took up recommendations generated from its work with then Home Secretary Priti Patel, Chancellor Rishi Sunak and One Nation Conservative Caucus chair Damian Green. The manifesto contained, according to the CPS itself, “a range of policies advocated by the CPS”.

This funding has never before been declared, raising the question of whether it was lawful under the UK’s election finance rules.

Byline Times’ investigation has identified, for the first time, a financial connection between one of the Conservative Party’s most influential think tanks and the Mercer network – a connection that raises urgent questions about potential ideological influence on the premierships of both Boris Johnson and Liz Truss.

After 2019, Liz Truss gave speeches at the CPS and played a key role in bringing it into the heart of Government decision-making. As International Trade Secretary, she appointed Tom Clougherty, the CPS’ head of tax, to the Government’s Freeports Advisory Panel; as well as Colvile as an expert on the Government’s Strategic Trade Advisory Group.

Now as Prime Minister, Truss’ plan for freeports, which suspend business rates and regulation, are straight from a CPS report published in 2019. Similarly, her plan to eliminate green levies from energy bills also came from the CPS.

In fact, the CPS had a direct hand in Truss’ leadership campaign, with its communications manager, Lauren Maher, seconded to Truss’ campaign team as its senior press officer. Truss’ new health advisor, Caroline Elsom, was also a senior researcher at the CPS.

Robert Colvile told Byline Times that “to the best of my knowledge we have not taken money from or had dealings with the Mercer family, either directly or indirectly”.