It was from Guatemala that Che emerged as a dedicated revolutionary. Sixty years ago, in June 1954, a CIA-orchestrated coup ousted the reformist Guatemalan government of Jacobo Arbenz Guzman. The coup installed a brutal right-wing regime and decades of bloody repression.

This event, so notorious in the annals of US imperialism, also Guevara. For it was in the Central American nation, where Guevara’s Latin American road trip culminated, that the strands of his early Marxism, anti-imperialism, indigenismo were fused in a dramatic, galvanising moment.

It transformed the young, middle-class Argentine medical graduate with deeply-felt, if still unformed, leftist leanings into a fully-conscious socialist revolutionary who dedicated his life to liberating the Third World from capitalist domination.

Throughout his life, Guevara responded to the spectacle of mass poverty (which he had first encountered as a child in provincial Argentina) with a natural sense of sympathy for the oppressed. This ability to perceive and be troubled by such suffering was a significant achievement in itself; most of his fellow Latin American “creole” middle-classes lived (and live) an insular, self-referential existence, wilfully and utterly blind to disturbing social realities.

During his first, famous motorcycle trip through Chile and Peru with friend Alberto Granado, Guevara encountered wealth disparities and social conditions that were even harsher than in Argentina.

His stance during this period, Jorge Castaneda observed in Companero: The Life and Death of Che Guevara, was full of compassion for the victims, but was still a “fundamentally ethical” response, “devoid of political depth”.

Guevara’s thinking acquired the depth he would later be famous for in Guatemala. He stayed for eight-and-a-half months, “a short time chronologically, but forever in ideological terms”, Castaneda noted.

In October 1953, he had set sail for Panama with a small group of companions from the Ecuadorian port of Guayaquil. For a couple of months, Guevara travelled through Costa Rica and Nicaragua before arriving in Guatemala City on Christmas Eve, 1953.

His objective was to personally witness the struggle for social transformation in the plantation society of Guatemala, one of the most inequitable countries in Latin America, under the left-liberal Arbenz government.

In 1951, Arbenz, a progressive military officer, had won one of Guatemala’s few genuinely democratic elections. His policy of land reform challenged the rule of the domestic oligarchy and the all-powerful US multinational United Fruit Company. His push for progressive change, however, was gathering considerable sympathy throughout Latin America, as well as deep hostility from the imperial master in Washington.

In Guatemala, Guevara found a small Central American republic of 3 million mostly indigenous Mayan inhabitants where 70% of the land was owned by 2% of the population mostly “blancos” of European descent. Such socio-economic injustice was not new to Guevara. What made the situation novel was the concerted effort being made to change the situation.

Although Guatemala was not Guevara’s first experience of a social revolution his visit to Bolivia the previous year had served as an initial exposure to the possibilities of mass mobilisation there was an intensity about the process that was completely unlike anything he had seen before. Guevara was captivated.

Unlike Bolivia, where the nationalist revolutionary regime that had come to power in 1952 was seeking to avoid a direct confrontation with US capital, the Arbenz government was in open conflict with United Fruit. This inevitably put Arbenz in conflict with the US State Department and the CIA.

United Fruit was as powerful politically as it was commercially. But Arbenz was a non-company politician.

At a broader social level, Arbenz extended previously unimaginable rights to Guatemalan workers the right to bargain collectively and to strike.

Although not a direct participant in these events, Guevara was profoundly influenced by this backdrop of egalitarian struggle. Increasingly, he saw it as a model for the rest of the continent, a conclusion reinforced by the company he kept in Guatemala City.

It was there, amid the daily struggle to survive, that he began to mix with left-wing political exiles from all over Latin America, including revolutionary Cubans exiled after the failed 1953 Moncada Barracks assault led by Fidel Castro.

It was these Cubans who first bestowed him with the nickname “Che”, in reference to the Argentinean colloquialism, which loosely means “mate”, that he often employed.

And it was in Guatemala City that Guevara formed a close relationship with the Peruvian militant Hilda Gadea, whom he later married. Gadea did much to transform Guevara’s latent, romantically-tinged socialism into a more concrete and ideologically-defined commitment to Marxism.

As 1954 progressed, a mood of crisis pervaded the country as US destabilisation efforts began to bear bitter fruit. On June 18, a band of oligarchic mercenaries armed and directed by the CIA entered the country. Led by Colonel Castillo Armas, they were supported by US warplanes, which strafed and bombed civilian areas to sow panic and terror.

By the end of the month, Arbenz was overthrown and replaced by the dictatorship of Colonel Castillo Armas. The circumstances surrounding the collapse of the Arbenz regime was the pivotal moment in Guevara’s political development.

Despite some claims to the contrary, he does not appear to have taken part in any actual fighting. However, Guevara was affected by the collective trauma in a way that forever changed his psyche.

In Guatemala City, as a democratically-elected regime was shattered by US military intervention, the true nature of the relationship between Washington and Latin America was seared irrevocably into Guevara’s psyche.

It was a reality laid bare as the US bombs fell on behalf of United Fruit and an entire nation was swallowed by a wave of fascist reaction.

Guevara was an observer no longer. He now felt himself a participant in Latin America’s emancipation struggle, which must he concluded involve mass armed struggle against reactionary US client regimes.

“Whether consciously or not,” Lucia Alvarez de Toledo observed in The Story of Che Guevara, “from then on he was on a quest for a people ready to rise up in arms so that he could throw in his lot with them.”

In letters home, he describes how “we were betrayed from without and within”, revealing the extent to which he identified with the cause.

After learning that his name might be on a CIA death list, Guevara sought refuge in the Argentine Embassy. Refusing repatriation, he instead moved on to Mexico City, where he sought out the Cubans and the revolutionary leader he had heard so much about Fidel Castro.

Guatemala, where Che had arrived still very much as a tourist, was the intellectual chrysalis from which the young bohemian traveller emerged as a dedicated revolutionary.

He had taken his first step on the road to the Cuban Revolution. His life, and that of millions of others, would be forever changed. 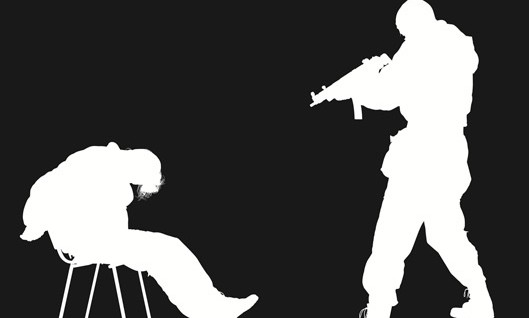