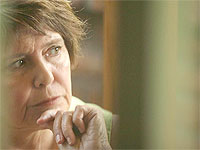 Why does a country as diverse as Chile have such a uniformly somber and ultra-conservative media establishment? That’s the question that National Journalism Prize winner (2009) Maria Olivia Monckeberg tackles with her latest book, “The Press Magnates.”

Monckeberg says it is partly about the cozy reciprocal relationship the Edwards clan (owners of the El Mercurio media group) and the Copesa business holding (owners of La Tercera) had with the military regime of Gen. Augusto Pinochet: the media kept mum about the disappearances and torture that characterized the dictatorship, and the general kept competitors at bay. 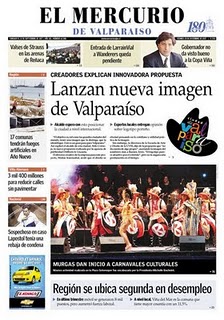 The self-censorship by these two media was rewarded, too, with multi-million dollar government bailouts during the economically trying 1980s: state credits and very easy terms were given to both El Mercurio and La Tercera. After surviving those tough years with a generous helping hand from the dictatorship, the El Mercurio and La Tercera duopoly now receive an astounding 82.7% of all print media advertising sold in Chile.

But Monckeberg’s story is also about the good-old-boy network that prevails in corporate media groups all around the world: important stories go ignored or under-reported because serious investigation would be embarrassing for the business oligarchs and economic groups that provide newspapers their much needed advertising dollar.

Last week in Chile, for example, the nation’s top mining executive, Alfredo Ovalle, resigned from his position at Sonami for “personal reasons.” But when alternative media website CIPER reported that Ovalle’s resignation was most likely based on their investigation into Ovalle’s shady past as a financier for the foreign operations of the Pinochet-era DINA secret police …. Well, the story goes unreported in La Tercera or completely buried in El Mercurio.

Another good example of corporate control of Chile’s media are the declarations Friday by Energy Minister Marcelo Tokman to the effect that unless Chile proceeds to build the US$3.2 billion HidroAysen dam complex in southern Chile and moves forward with nuclear energy, the country’s CO2 emissions will necessarily continue to grow because of the nation’s reliance on coal and diesel burning generators.

Tokman’s statement is true – but in a very twisted kind of way - because it doesn’t tell the whole truth. Because unless there is a public planning process that reviews electricity demand projections (which must equally consider energy efficiency, renewable energy and cogeneration resources), it is premature to make any decision about any future central generation needs.

One would suppose that would be exactly what an energy minister is supposed to do. But Tokman obviously has not engaged in such a planning process – no doubt preparing himself for the end of the Bachelet government and the proverbial “rotating door” that will take him to a very fat job with the HidroAysen or nuclear lobby groups – all belonging to the nation’s oligarchs.

And, of course, not a single reporter from either El Mercurio or La Tercera would dare ask an embarrassing question of Mr. Tokman: it would put the journalist’s job at risk.

So Chile will continue with its head in the sand, media and policy-wise, while the whole world begins pulling out all the plugs – post Copenhagen - to radically shift to non-traditional renewable energy sources. Chile is among the world’s best endowed countries in terms of renewable energy potential - it’s got the entire Atacama desert and should be a world leader in concentrated solar power. But Chile’s non-existent energy policy will allow the nation’s already enormously rich oligarchs yet another opportunity to plunder the nation’s resources and rape consumers with sky-high, monopoly-inspired energy bills.

To fully understand Chile’s oligarchs, it is best to direct the reader to Monckeberg’s other three books about the nation’s shameful concentration of economic power and environmental abuse: “How Chile’s Economic Groups Sacked The State of Chile,” “The Opus Dei Empire in Chile,” “The Privatization Of Chile’s Universities,” and “The University Business in Chile.”

But I would not be surprised if ST readers have not heard of these previous books; just like Monckeberg’s “Press Magnates,” they have all been studiously ignored by El Mercurio and La Tercera – Chile’s press duopoly.