Members of a ‘kill team’ have been accused of murdering civilians

By Andrew Purcell in New York 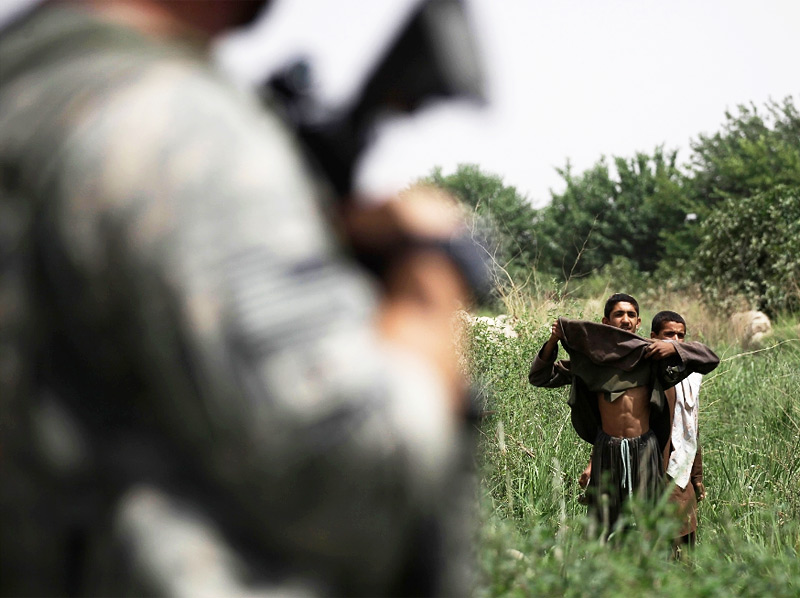 The United States military is struggling to contain a war crimes scandal that has the potential to be the most damaging since revelations of detainee abuse at Abu Ghraib prison in Iraq in 2004.

According to an internal investigation, a squad of US soldiers based in Kandahar province, southern Afghanistan, formed a “kill team” that murdered unarmed civilians for sport, sometimes keeping body parts as souvenirs.

When reports of torture first emerged from Abu Ghraib, it was the images that shocked: naked Iraqi captives in a pile on the floor, leashed, like dogs, or standing hooded on a chair. There are known to be photographs in this case, too, showing American soldiers posing with the corpses of their victims and brandishing the severed fingers they kept as trophies. The army has so far managed to prevent them from being published.

As with Abu Ghraib, the key question is whether the accused men can be dismissed as a rogue unit – a few bad apples – or whether failures of command created an environment in which some soldiers felt they could kill with impunity.

The first to appear in court, Specialist Jeremy Morlock, is accused of taking part in three murders. At a pre-trial hearing, at Joint Base Lewis-McChord, in Washington State, prosecutors described him as an “eager participant” who killed for kicks.

Morlock’s defence is that he suffered traumatic brain injuries when roadside bombs exploded near his armoured vehicle, after which army doctors dosed him with a cocktail of sleeping pills, anti-depressants and painkillers. In common with the other soldiers charged, he also claims that Staff Sergeant Calvin Gibbs, his squad leader, instigated the attacks and pressured him to join in.

In a video of Morlock’s testimony, he describes killing an unarmed Afghan man, dragged from his compound: “[Gibbs] pulled out one of his grenades, popped it, throws the grenade and tells me and Winfield ‘Alright, wax this guy. Kill this guy, kill this guy.’”

According to sworn statements, when Gibbs joined Bravo Company, in November 2009, he bragged about getting away with “stuff” in Iraq and suggested possible “scenarios” for killing civilians in Afghanistan. One soldier said Gibbs bartered with Afghan security forces, trading pornography for “AK-47s, RPG rounds and mortars”. A magazine from an AK-47 rifle was placed next to one of the corpses, to give the impression that the Afghan was an insurgent.

Corporal Emmitt Quintal, who is accused of covering up the crimes, said Gibbs once pulled out a pair of shears and mused: “I wonder if these can cut off a finger?” Another soldier said Gibbs was collecting fingers for a necklace. A water bottle containing two severed fingers was found at the base.

Two soldiers testified that after the third killing, in May, Gibbs pulled a tooth from the victim. Specialist Michael Wagnon allegedly kept a whole skull. Gibbs denies the charges, saying he acted in self-defence, in combat situations. He declined to talk to investigators, but did show them a tattoo, on his left calf, featuring six skulls. Three of the skulls were coloured red, for kills in Iraq, while the others, in blue, represented his tally in Afghanistan.

The alleged war crimes were uncovered during an investigation into hashish use at Forward Operating Base Ramrod, west of Kandahar City. The 5th Stryker Brigade’s armoured vehicles were defending the Arghandab valley from Taliban attacks. This was an especially dangerous mission, involving daily firefights and the constant threat of improvised explosive devices. They suffered some of the highest casualty rates of any US unit in Afghanistan.

It was common knowledge that soldiers smoked cannabis, sometimes laced with opium, during periods of heavy stress. Quintal told investigators that “nearly his entire platoon had been smoking hashish consistently”.

The revelations have led to calls for a credible investigation to establish whether the command environment – which favours full-on engagement with the enemy – encouraged abuses, and what, if anything, senior officers knew about the killings and substance abuse on the base. There are also question marks over whether the army’s whistleblower system failed to act on reports of a death squad.

Specialist Adam Winfield told his father about the first murder in February, in a Facebook chat. “It was two guys who actually killed the dude but the whole platoon knew about it,” he wrote. “There’s no-one in this platoon that agrees this is wrong … There are no more good men left here.”

Fearing for his son’s safety, Chris Winfield called an army hotline. He spoke to a sergeant who told him that unless Adam was “willing to report it to his superiors in Afghanistan, there was little the army could do.” If this version of events proves to be correct, two of the killings could have been averted.

Adam Winfield is accused of shooting an unarmed man in May, after Gibbs detonated a grenade. He claims that when Gibbs ordered him to shoot, he missed, deliberately. Details of the alleged war crimes will come out in court, over the next several months. Should the photographs come to light, providing graphic evidence that American soldiers killed civilians for sport, the damage will be hard to quantify.