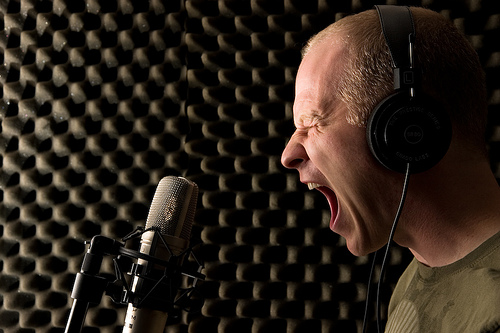 Well, now they have overstepped their bounds. You would think that they would be content with dominating the AM band with the likes of KPAY (Clearchannel Inc.) and over 1,000 AM stations nationwide, but now Reich radio has gone FM, squashing a great radio station at the same time.

KPIG radio, 96.7, which played great country, bluegrass and alternative music, was squashed by someone named Vince Shadrick from an outfit called Radio Chico, under the umbrella of Mapleton Radio Holdings, in favor of more "right wing fair and balanced talk radio."

None of these names have a local address, phone number or e-mail.

Could this be an insidious arm of someone like Rupert Murdoch (Fox News, the Wall Street Journal and other right wing, divisive and untrustworthy "news" outfits) under a different name?

So folks, if Michael Savage, Sean Hannity and Rush Limbaugh didn't provide enough hate, lies, and entertainment for you, you can just pop over to FM for more of the same.

Meanwhile, those of us who enjoy good alternative noncommercial music are left holding the bag.

Oh yeah, there’s the center-right, nicey nicey easy listening nazis of NPR and all their clones, and then there’s the hardline kill all the rocking queers nazis, bluegrass and jazz or any music that doesn’t uphold the new reich. Either way it don’t rock, it slithers and it ain’t Fugazi.