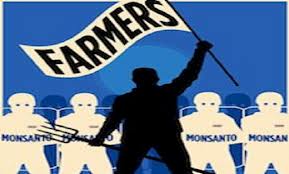 “Trust us, we’re Monsanto.” That’s pretty much all the untrustworthy company had to say to win yet another round in a drawn-out court battle with organic farmers and seed producers. The U.S. court system is refusing to protect the organic growers from future Monsanto lawsuits in the event that traces of genetically engineered genes accidentally end up in the farmers’ crops. That’s because of a single paragraph on the biotech giant’s website that says it has no such litigious intentions.

Monsanto’s gang of lawyers frequently sues farmers who grow the company’s genetically engineered crops without paying royalties — despite claims by many of the farmers that the seeds and genes ended up in their fields through no fault of their own. They didn’t want the stuff on their land to begin with, so they naturally wonder why they should have to pay royalties for the privilege of growing it. (The danger of rogue contamination was recently illuminated when an Oregon farmer found illegal Monsanto GMO wheat growing on his farm.)

More than 50 organic farmers and seed dealers filed suit against Monsanto in 2011, seeking to block any lawsuits should trace amounts of Monsanto’s altered genes contaminate their crops.

Yesterday, the U.S. Court of Appeals for the Federal Circuit became the latest court to side with Monsanto in the case. From Reuters:

In its ruling Monday, the appellate court said the organic growers must rely on Monsanto assurances on the company’s website that it will not sue them so long as the mix [of biotech crops into their organic crops] is very slight.

“Monsanto’s binding representations remove any risk of suit against the appellants as users or sellers of trace amounts (less than one percent) of modified seed,” the court stated in its ruling. …

Andrew Kimbrell, a lawyer with the Center for Food Safety, which joined as a plaintiff in the lawsuit, said the decision made no sense.

“It is a very bizarre ruling that relies on a paragraph on a website,” he said. “It is a very real threat to American farmers. This is definitely appealable.”

In its ruling Monday, the court noted that records indicate a large majority of conventional seed samples have become contaminated by Monsanto’s Roundup resistance trait.

John Upton is a science fan and green news boffin who tweets, posts articles to Facebook, and blogs about ecology. He welcomes reader questions, tips, and incoherent rants: johnupton@gmail.com.
http://grist.org/news/organic-farmers-lose-court-battle-with-monsanto/
Previous Article
The Bradley Manning Trial and Unconstitutional Secrecy
Next Article
JP Morgan to Eurozone Periphery: “Get Rid of Your Pinko, Anti-Fascist Constitutions” 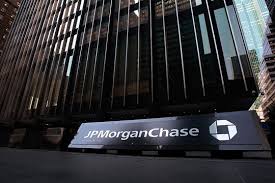 JP Morgan to Eurozone Periphery: “Get Rid of Your Pinko, Anti-Fascist Constitutions”
Jun 12