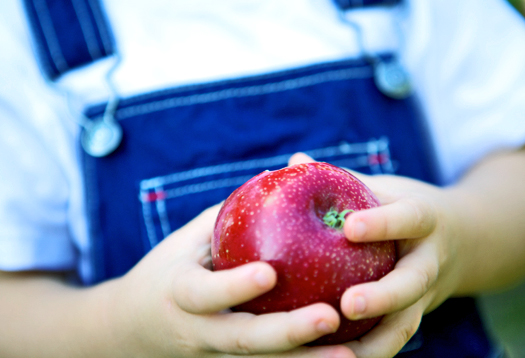 Preschool-age children had higher exposure to more than half the toxic compounds being measured. Even relatively low exposures can greatly increase the risk of cancer or neurological impairment. “We need to be especially careful about children, because they tend to be more vulnerable to many of these chemicals and their effects on the developing brain,” says principal investigator Irva Hertz-Picciott.

UC DAVIS (US) — All 364 children in a recent study of food-borne toxin exposure exceeded cancer benchmarks for arsenic, dieldrin, DDE, and dioxins.

As reported in the journal Environmental Health, researchers measured food-borne toxin exposure in children and adults by pinpointing foods with high levels of toxic compounds and determining how much of these foods were consumed.

The researchers found that family members in the study, and preschool children in particular, are at high risk for exposure to arsenic, dieldrin, DDE (a DDT metabolite), dioxins, and acrylamide. These compounds have been linked to cancer, developmental disabilities, birth defects, and other conditions. However, the study also points to dietary modifications that could mitigate risk.

Straight from the Source

“Contaminants get into our food in a variety of ways,” says study principal investigator Irva Hertz-Picciotto, professor and chief of the Division of Environmental and Occupational Health at University of California, Davis.

“They can be chemicals that have nothing to do with the food or byproducts from processing. We wanted to understand the dietary pathway pesticides, metals, and other toxins take to get into the body.”

Researchers assessed risk by comparing toxin consumption to established benchmarks for cancer risk and non-cancer health risks. The 364 children in the study were 207 preschool children between two and seven and 157 school-age children between five and seven.

“We focused on children because early exposure can have long-term effects on disease outcomes,” says Rainbow Vogt, lead author of the study. “Currently, the US Environmental Protection Agency only measures risk based on exposures of individual contaminants. We wanted to understand the cumulative risk from dietary contaminants. The results of this study demonstrate a need to prevent exposure to multiple toxins in young children to lower their cancer risk.”

The researchers used data from the 2007 Study of Use of Products and Exposure-Related Behavior (SUPERB), which surveyed households in California with children between two and five to determine how their diets, and other factors, contribute to toxic exposure.

Specifically, SUPERB homed in on 44 foods known to have high concentrations of toxic compounds: metals, arsenic, lead, and mercury; pesticides chlorpyrifos, permethrin, and endosulfan; persistent organic pollutants dioxin, DDT, dieldrin, and chlordane; and the food processing byproduct acrylamide. Toxin levels in specific foods were determined through the Total Diet Study and other databases.

Perhaps most disturbing, preschool-age children had higher exposure to more than half the toxic compounds being measured. Even relatively low exposures can greatly increase the risk of cancer or neurological impairment.

“We need to be especially careful about children, because they tend to be more vulnerable to many of these chemicals and their effects on the developing brain,” says Hertz-Picciotto.

Though these results are cause for concern, the study also outlines strategies to lower family exposure. For example, organic produce has lower pesticide levels. In addition, toxin types vary in different foods. Certain pesticides may be found in lettuce and broccoli, while others affect peaches and apples.

“Varying our diet and our children’s diet could help reduce exposure,” says Hertz-Picciotto. “Because different foods are treated differently at the source, dietary variation can help protect us from accumulating too much of any one toxin.”

Families also can reduce their consumption of animal meat and fats, which may contain high levels of DDE and other persistent organic pollutants, and switch to organic milk. While mercury is most often found in fish, accumulation varies greatly by species. Smaller fish, lower on the food chain, generally have lower mercury levels. In addition, acrilomides are relatively easy to remove from the diet.

“Acrilomides come from chips and other processed grains, says co-author Deborah Bennett, associate professor of environmental and occupational health. “Even if we set aside the potential toxins in these foods, we probably shouldn’t be eating large amounts of them anyway. However, we should be eating fruits, vegetables, and fish, which are generally healthy foods. We just need to be more careful in how we approach them.”

The study also highlights a number of policy issues, such as how we grow our food and the approval process for potentially toxic compounds. Though the pesticide DDT was banned 40 years ago, the study showed significant risk of DDE exposure.

“Given the significant exposure to legacy pollutants, society should be concerned about the persistence of compounds we are currently introducing into the environment,” says Bennett. “If we later discover a chemical has significant health risks, it will be decades before it’s completely removed from the ecosystem.”

While the study has profound implications for dietary habits, more work needs to be done to quantify risk. Specifically, researchers need to determine how these food-borne toxins interact collectively in the body.

A Science to Achieve Results (STAR) grant from the United States Environmental Protection Agency funded the study, which includes additional authors from UC Davis and UCLA. 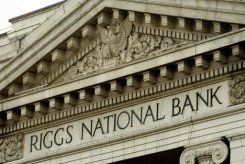