” … The hypothesis for the girl’s kidnap and murder was an attempt by the mafia to persuade [Paul] Marcinkus to return the 10 million euros which Cosa Nostra had lent the Vatican’s bank to help finance the birth of Solidarity in Poland. A journalist who wrote a book on the famous Roberto Calvi case says the murder of the banker is related. … “ 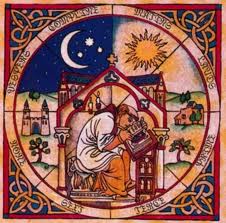 Pity Opus Dei. Just when they’ve dampened the fires of the Da Vinci Code, they find themselves implicated in an extraordinary story of mafioso murders, secret service intrigues, and of course our old friends Archbishop Marcinkus and the Vatican Bank.

To be fair, Opus Dei’s involvement in the story only stretches to owning the Basilica of Sant’Apollinare where the Vatican has given permission for a tomb to be opened. The tomb supposedly contains the body of a gangster who gave many thousands of euros to the Church (in Italy, piety and criminality have never been hermetically sealed from each other). But it is hoped that what they find will also shed light on the mysterious disappearance of a 15-year old girl more than 17 years ago.

Emanuela Orlandi was a citizen of the Vatican, daughter of Ercole, who worked in the apartments of Pope John Paul II. On 22 June 1983 she walked to her music school in the Piazza Navona, and was never seen again.

Some months earlier, French secret services had alerted the Holy See to threats to kill “a woman who is a Vatican citizen”. Over the next few weeks, the Orlandi family received a number of anonymous calls. The caller obtained from the family the direct line of Cardinal Agostino Casaroli, then secretary of state.

Five years ago, an Italian TV programme about missing people called Chi l’ha visto? heard from an anonymous caller. “If you want to know about the kidnapping of Orlandi, go and see who is buried in Sant’Apollinare”. Many years later the voice was identified as belonging to the Banda della Magliana, a criminal consortium based in Rome which carried out dirty work on behalf of Cosa Nostra.

In the crypt of Sant’Appollinare lie, supposedly, the remains of Enrico de Pedis, aka “Renatino”, one of the bosses of the Banda della Magliana, as well as being a regular benefactor to the Church. The tomb was built by a firm trusted by the Vatican. To the Italian prosecutors it has seemed odd, to say the least, that such a high-profile criminal was allowed to be buried there, notwithstanding the 500-600,000 euros he is supposed to have donated to the Church.

The authorities have asked for permission to re-open the tomb following revelations by De Pedis’s lover, Sabrina Minardi, that the criminal boss showed her where Emanuela Orlandi was buried, and even the houses where she was kept before she was killed. She also claims — but this has been roundly refuted by the Vatican – -that Mgr Paul Marcinkus, head of the Vatican Bank, visited her while she was kidnapped.

The hypothesis for the girl’s kidnap and murder was an attempt by the mafia to persuade Marcinkus to return the 10 million euros which Cosa Nostra had lent the Vatican’s bank to help finance the birth of Solidarity in Poland. A journalist who wrote a book on the famous Roberto Calvi case says the murder of the banker is related.

The three men accused of the Orlandi kidnapping say that De Pedis ordered it; perhaps that is what the anonymous caller to the TV programme was trying to say. Which makes it even more extraordinary that he is buried in one of Rome’s major churches. When the tomb opens, what will be found? And what will the church’s owners say?