” … The report, drawn up by Tory officials in 2007, concluded that the Conservatives should be wary of a link with the Polish Law and Justice party (PiS) because its members were on the far right, with some tending towards antisemitism. … “ 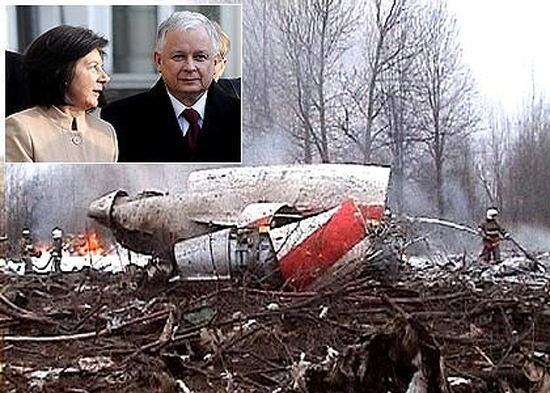 David Cameron forged his controversial EU alliance with rightwing Polish politicians despite a secret report by his own party which warned that they had homophobic and nationalistic tendencies, senior EU figures have told the Observer.

The report, drawn up by Tory officials in 2007, concluded that the Conservatives should be wary of a link with the Polish Law and Justice party (PiS) because its members were on the far right, with some tending towards antisemitism.

Two years later, however, the concerns raised in the internal document were brushed aside as Cameron split from Europe’s mainstream centre-right group to form a new alliance with Law and Justice and other right-of-centre parties in other member states.

One of the Law and Justice MEPs, Michal Kaminski, who has been accused of blatant homophobia and supporting antisemitic causes in his past, was appointed to lead the group. The party was in mourning yesterday after one of its most senior figures, the Polish president, Lech Kaczynski, was killed in a plane crash in western Russia.

Kaminski denies being a homophobe, despite having defended public remarks in which he described gay men as “poofs”.

Ten days ago the Observer asked the Tories to confirm the report’s existence, and for an explanation of why its findings were not acted on, but the party has not responded.

The revelation that the Tory leadership received internal advice from its staff to reject Law and Justice will raise new questions as to how William Hague, the shadow foreign secretary, and Cameron have been able to claim their new partners are from Europe’s “mainstream”.

A former Polish MEP, Jozef Pinior, said he had been shown a summary version of the report in 2007 by “Conservative friends” in the parliament. It contained advice “not to break away from the European Peoples party (the mainstream centre-right group) … it made clear it was too politically dangerous”, he said.

Edward McMillan-Scott, the former Tory MEP who was expelled from the party after raising concerns about Kaminski and Law and Justice, said: “I knew the report existed but I never saw it. I took my party at its word at the time when it said that it would not sign up with those from the wild fringes of European politics. But I was wrong.”

Another senior EU source said: “We know about the report. The main piece of work runs to 200 pages or so. It was thorough. Serious concerns were raised about Law and Justice and several other potential allies at that time.”

Poland President Kaczynski was a battler

Lech Kaczynski, who died in a plane crash in Russia on Saturday, was a fervent Catholic who battled communism during the Cold War and matured into a staunchly conservative politician.

Polish President Lech Kaczynski, who died in a plane crash in Russia on Saturday, was a fervent Catholic who battled communism during the Cold War and matured into a staunchly conservative politician.

Kaczynski and his identical twin, Jaroslaw, rose to the top of Polish politics in 2005 when their Law and Justice Party swept to power. With Lech as president and his brother as prime minister, the snowy-haired siblings with boyish faces led their country to the right.

Despite Poland’s membership in the European Union, Lech Kaczynski was adamant that Warsaw not become entangled in continental politics and bureaucracy. His close alliance with the U.S. agitated European leaders, especially during the George W. Bush administration, which was deeply unpopular in much of “old Europe.”

The Cold War left a deep imprint on Kaczynski, who until his death at 60 remained suspicious of Moscow’s ambitions in Eastern Europe and Central Asia. He supported democracy movements in Ukraine and Georgia, and believed that expanding the North Atlantic Treaty Organization to former republics of the Soviet Union and its onetime satellites was a crucial deterrent to any Russian aggression.

At home, Kaczynzki, who was mayor of Warsaw before becoming president, sought to expose former communists and cleanse what he and his brother regarded as pervasive liberalism. He took a hard line against homosexuality and often assailed the media over salacious magazines and TV shows.

His critics regarded him as a politically dangerous mix of Polish nationalism and religious conservatism. But for many Poles, remembering his courageous stand with Solidarity leader Lech Walesa and others in the movement that challenged Poland’s communist regime, Kaczynzki was a touchstone of the post- World War II era. …