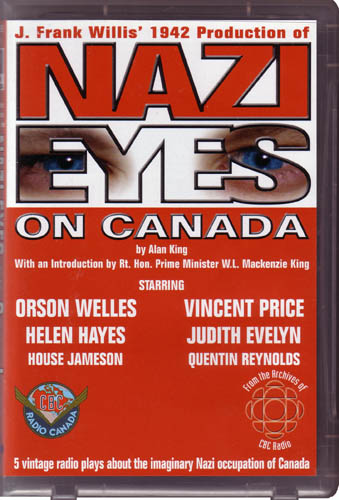 Science is a key commodity to be bartered at the end of the Second World War. As the struggle against Nazi rule ends and the battle of the Cold War begins, the quest for scientific supremacy is paramount. Two Canadian firms have applied to recruit German scientists whose wealth of knowledge is highly prized. But as indicated in this CBC Radio news report, immigration screening is becoming rigorous as Canada attempts to stop former Nazis at our gates.
Did you know?
•  Under the program name Operation Matchbox, the Allied forces recruited top-notch German scientists at the end of the Second World War. By October 1950, 42 German scientists had moved to Canada. The scientists were screened by a British military and civilian panel and were given temporary migrant status for one year in Canada.

• In March 1987, Canada's Commission of Inquiry on War Criminals (also known as the Deschênes Commission) recommended the investigation of 55 German scientists and technicians who came to Canada as part of Operation Matchbox. "The operation presented a serious security problem in as much as those scientists might well have been involved in the Nazi war effort."

• At the close of the Second World War, Canadian immigration officials publicly sought to block former Nazis from entering Canada. But the tide of political and public opinion quickly changed when, in 1945, a Russian cipher clerk named Igor Gouzenko revealed startling evidence of a Soviet spy ring within Canada. The Gouzenko affair ignited anti-communist fears across the country and, accordingly, alleged Communists were being screened and barred entry into Canada. Suddenly, Communists had replaced Nazis as the prime enemy.

• In a November 1946 memo, Norman Robertson of the Canadian High Commission in London detailed the recruitment of German scientists to England. "Until the present, the motive…has been…to make use of the knowledge and expertise of some German scientists and technicians which is not otherwise available," he wrote. (continued...)

(...continued)"But as a result of apprehensions raised by the recent deportation into the Soviet Zone of German scientists resident in Berlin, the [British] Chiefs of Staff here and their counterparts in the United States have recommended that a number of German scientists should be brought from Germany; not because their services are required, but to deny their services to the Soviet Union." — in Reluctant Host by Donald Avery, 1995.

• In 1950, Canadian immigration restrictions were revised. Previous disqualifications for entering Canada, such as "mere service in the German army" or "nominal" connection with the Nazi Party, were relaxed. Members of the Waffen SS, the military unit of the Nazi Party, who joined after Jan. 1, 1943, were classified as conscripts and were therefore now allowed to immigrate to Canada.