“… His best-known production was the film Snow White and the Three Stooges (1961) which he described as ‘a very beautiful picture,’ though critical reception was less charitable. ..”

Charles Z Wick, who died on July 20 aged 90, was a former Hollywood producer recruited by President Ronald Reagan to run the United States Information Agency, a government body established in the 1950s to promote American interests abroad and to foster cultural exchange and dialogue.

The USIA was a somewhat fusty backwater when Wick took over in 1981.

Over the next eight years, as funding more than doubled, he transformed it into a well-oiled and highly effective element of American Cold War strategy – or as he rechristened it, “public diplomacy”.

Alive to the possibilities of new technology, he established WorldNet, the first live global satellite television network that enabled the administration to broadcast its views on unfolding world events – from the downing of a Korean airliner to the blockade of Libya and from the Soviet crackdown in Poland to the invasion of Grenada.

He launched Voice of America’s Radio Marti service to provide “news, commentary and other information about events in Cuba and elsewhere to promote the cause of freedom in Cuba”.

At the same time he replaced equipment that limited the coverage of the Voice of America radio network behind the Iron Curtain. He also established a programme to send young American musicians to perform in other countries.

Wick’s abrasive manner and his aggressive approach to his job was sometimes criticised as heavy-handed and propagandistic. Old hands at the USIA resented what they saw as “politicisation” of the agency’s role and the Left accused him of turning it into a right-wing propaganda machine.

In 1982, when Poland was under martial law, eyebrows were raised when Wick authorised a 90-minute television broadcast entitled Let Poland be Poland, which featured Frank Sinatra singing in Polish and Charlton Heston hymning the praises of Pope John Paul II. In 1984 there was anger when it was revealed that the USIA kept a list of 84 people who were barred from agency-sponsored speaking engagements overseas. These included the writers James Baldwin and Betty Friedan; the democratic senator Gary Hart; the television presenter Walter Cronkite; the consumer advocate Ralph Nader; and Coretta Scott King, widow of the civil rights leader Martin Luther King. Wick denied he had been involved in compiling the list, which he described as “un-American,” though he was forced to admit that “political bias” might have been involved.

Wick defended his approach as a “war of ideas” to counter Soviet propaganda: “There are probably certain people who still don’t like my style,” he admitted. “I am a prolific writer of memos, a blizzard of Z-grams. Follow-up, shepherding, fleshing out.”

He was born Charles Zwick on October 12 1917 and took degrees in Music at the University of Michigan, followed by Law at Case Western Reserve University. He paid his way through university by working as a piano player and bandleader, winning the attention of Tommy Dorsey, who took him to California as a business and legal adviser. At around this time, Zwick changed his surname by deed poll, dropping the Z and adopting it as a middle initial.

After five years working in New York with the William Morris advertising agency, he went freelance, working as a personal agent for Peggy Lee, Benny Goodman and other entertainers. One of his clients, the actress Sarah Churchill, introduced him to her father, Winston Churchill, who retained him to handle the American sales of his History of the English-Speaking Peoples.

In the mid-1950s he returned to California where he went into business as the owner of a chain of nursing homes and as a producer of television series, including one of the earliest television detective series, Fabian of the Yard, shot in England.

His best-known production was the film Snow White and the Three Stooges (1961) which he described as “a very beautiful picture,” though critical reception was less charitable.

He met Ronald Reagan in 1959 when they found themselves side by side running a hot dog stall at a fair at their children’s school. They formed a close personal friendship which led to Wick’s becoming an original member of the “kitchen cabinet” that financed Reagan’s first run for the California governor’s office in 1966. In 1980 Wick became involved in fund-raising for Reagan’s presidential bid and, after his victory, chaired the inaugural committee and advised the new president on appointments.

Reagan, Wick observed, was “simplistic in a positive sense. He sees problems and situations very clearly. The measurements he uses are black and white, even if the problems aren’t.”

Wick is survived by his wife, Mary Jane, and by their three daughters and two sons. 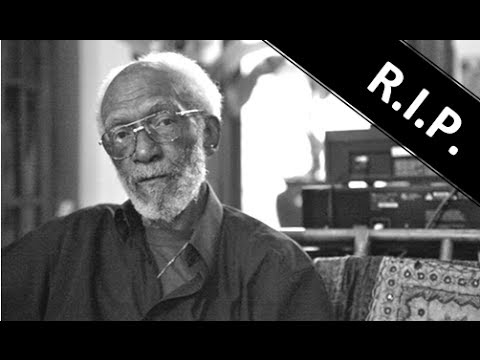