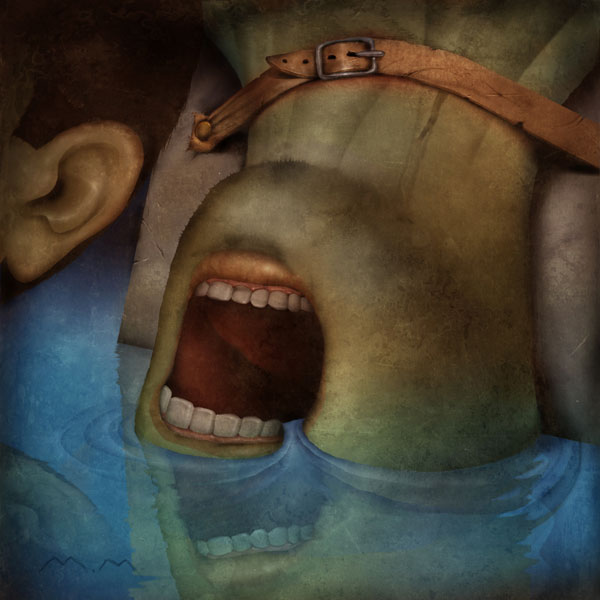 On March 28, 2002, Abu Zubaydah was captured in Faisalabad, Pakistan by the FBI, "identified" as a high-ranking operative of al Qaeda, and subsequently tortured by American agents at Guantanamo and elsewhere.

Abu Zubaydah’s treatment at the hands of the CIA has been called torture by Ali Soufan, the FBI interrogator who witnessed part of Abu Zubaydah’s CIA interrogation, multiple U.S. officials including President Obama, and by the International Committee of the Red Cross.

Media and DOJ reports about torturing Mr. Zubaydah were always careful to mention his connection to al Qaeda.

The C.I.A. officers used waterboarding at least 83 times in August 2002 against Abu Zubaydah, according to a 2005 Justice Department legal memorandum. Abu Zubaydah has been described as a Qaeda operative.

Mr. Zubaydah was prominently mentioned in Justice Department memos justifying torture, and charged with participating in many acts of terrorism against the United States.

He also acted as al Qaeda’s coordinator of external contacts and foreign communications. Additionally, he has acted as al Qaeda’s Counterintelligence officer and has been trusted to find spies within the organization. Zubaydah has been involved in every major terrorist operation carried out by al Qaeda. He was a planner for the Millenium plot to attack U.S. and Israeli targets during the Millennium celebrations in Jordan. Two of the central figures in this plot who were arrested have identified Zubaydah as the supporter of their cell and the plot. He also served as a planner for the Paris Embassy plot in 2001. Moreover; he was one of the planners of the September 11 attacks.

But now the US Department of Justice has admitted that it was nothing but lies, from top to bottom.

Respondent (the Department of Justice) does not contend that Petitioner (Abu Zubaydah) was a "member" of al-Qaida in the sense of having sworn "bayat" (allegiance) or otherwise having satisfied any formal criteria that either Petitioner or al-Qaida may have considered necessary for inclusion in al-Qaida. Nor is the Government detaining Petitioner based on any allegation that Petitioner views himself as part of al-Qaida as a matter of subjective personal conscience, ideology, or worldview.

You might think that after the "case" against Mr. Zubaydah had been exposed as a ludicrous fabrication after more than 8 years of brutal abuse…

You might think that now the United States would release Abu Zubaydah, and try to make amends for the repulsive crimes committed against him…

Offenses unheard-of during 8 long years of abuse, while false and entirely fabricated charges against him were constantly paraded around the media to justify torture, and now…

The government has a new set of charges it has leveled against Zubaydah: he "supported enemy forces and participated in hostilities" and "facilitat[ed] the retreat and escape of enemy forces" after the US invaded Afghanistan in November 2001.

So it was only after the United States invaded Afghanistan Mr. Zubaydah may have assisted our "enemies," a category which included almost everybody in Afghanistan except the drug-lords with whom we replaced the Taliban.

But Abu Zubaydah still remains in confinement in our concentration camp at Guantanamo Bay, under the authority of President Barack Obama.

And what kind of man is Abu Zubaydah today, this dangerous man whom Barack Obama still hopes to prosecute for defending aAfghanistan against the US invasion?

Abu Zubaydah’s mental grasp is slipping away. Today, he suffers blinding headaches and has permanent brain damage. He has an excruciating sensitivity to sounds, hearing what others do not. The slightest noise drives him nearly insane. In the last two years alone, he has experienced about 200 seizures. Already, he cannot picture his mother’s face or recall his father’s name. Gradually, his past, like his future, eludes him.