FBI Director James Comey determined that the mass murder of nine black people in their place of worship, including a Democratic state Senator who was working to get police to use body cameras after the shooting of an unarmed Walter Scott, is not terrorism.

Comey explained his thinking that alleged shooter Dylann Roof is not a domestic terrorist because he had no political motive: “Terrorism is act of violence done or threatens to in order to try to influence a public body or citizenry so it’s more of a political act and again based on what I know so more I don’t see it as a political act. Doesn’t make it any less horrific the label but terrorism has a definition under federal law,” he said during a visit to Baltimore.

The FBI is investigating the shooting as a hate crime, as is the Charleston police department. 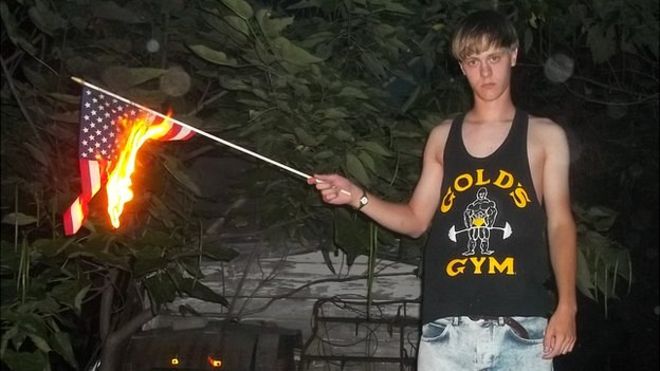 Terrorism is “the use of violence to physically and psychologically terrorize a population by an individual or a group in order to draw attention to a cause, enact political change, or gain political power.” Dylann Roof claimed blacks were taking over. He clearly had a right wing agenda to “preserve traditional social orders,” which is a form of terrorism. “Right Wing terrorism is commonly characterized by militias and gangs; many times these groups are racially motivated and aim to marginalize minorities within a state.”

So the FBI thinks this isn’t terrorism because somehow they don’t see the political agenda behind the alleged shooter’s motives to get rid of black people and start a race war, or his obsession with Trayvon Martin’s murder.

That is sort of like saying the Civil Rights Movement didn’t have a political agenda. There is nothing more political than attacking southern blacks in their place of worship to intimidate them and make a political statemen