NY GOP Gubernatorial Candidate Carl Paladino: 1) Empty the Prisons, House the Poor in them to “Save Money” (also “Teach them Hygiene”), 2) Democrats Consider Him a “Neandrathal from the Dark Ages” 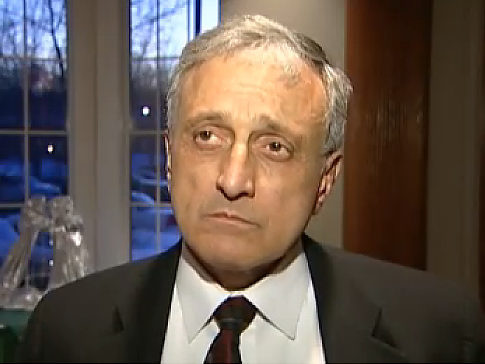 Carl Paladino, provider of wonderful headlines, has done it again. This time the gubernatorial candidate has a frcesh new idea about what to do with all of those pesky poor people: put them in prison! Ok, it’s not that bad. Paladino wants to turn some state prisons into dormitories for welfare recipients, where they can work for the state and learn important skills like “personal hygiene.” He told the Post, “Instead of handing out the welfare checks, we’ll teach people how to earn their check. We’ll teach them personal hygiene…the personal things they don’t get when they come from dysfunctional homes.”

Paladino has promised a 20% reduction in the state budget and a 10% income tax cut if elected, and says the dormitories would be a way to save money for the state. Tenants would be required to do work for the state like “military service, in some cases park service, in other cases public works service.” Residency would not be mandatory, it would just be an option for many people to find work out of the cities. But like most geniuses, Paladino is not appreciated by his contemporaries. Former welfare recipient Ketny Jean-Francois said, “Being poor is not a crime. People are on welfare for many reasons…Is he saying people are poor because they don’t have any hygiene or any skills?”

Paladino “defended” his statement by saying he trained troops from the inner-city in the Army, so knows their needs. “You have to teach them basic things — taking care of themselves, physical fitness. In their dysfunctional environment, they never learned these things.” There’s a phrase concerning frying pans and fire that Paladino should probably learn before he decides to defend himself again.

Despite his chronic foot-in-mouth problem, Paladino says he will not be deterred from his goal of governing the Empire State. “I’m on a mission,” he told the Daily News. “And I have help. There’s an angel on my shoulder.” The angel being his son, who died in a car crash last year, and with whom Paladino feels a deep, spiritual connection. Sometimes through his dog. “Duke is like a stand-in for Patrick,” he said. “My wife and I sometimes think Patrick is talking to us through Duke.”

Thompson said a number of civil leaders will be reaching out to reporters to blast Paladino, though he wouldn’t name names.

“It was so outrageous and offensive,” Thompson said. “It shows such a lack of understanding of New York and its people. We’re trying not to let it die.”

Thompson called it a bad to send the poor, even voluntarily, to prison settings so they can get job training.

“Talk about real training, let’s not talk about shipping people off,” he said.

The idea becomes completely offensive, he added, with Paladino’s comments on helping the poor improve their hygiene.

“It’s a delusional comment along with a bad idea,” he said. “For anyone who pretends to be running for any office, much less governor of the state of New York to push it, it’s offensive.”

UPDATE: Assemblyman Hakeem Jeffries (D-Brooklyn) is the latest to call to blast Paladino, calling him a “political neanderthal whose ideology seems to be straight out of the dark ages.”

“It’s hard for me to believe that the Republican Party continues to take him seriously as a candidate,” Jeffries said. “The fact that he has an opportunity to win the primary is a disgrace.”

“If anyone needs a lesson in hygiene, it’s Carl Paladino,” he added. “His mouth is consistently spewing toxic rhetoric and the Republican party should demand that he clean up his act.”

Bill Thompson let the cat out of the bag when he called the Daily News to complain; he admitted this is orchestrated indignation. New York’s hysterical left is lining up to run Carl through their gauntlet, orchestrating calls to reporters in an attempt to influence the election. Our response? LOL. YAWN. Who cares.

Every day the Bill Thompsons and Hakeem Jeffries of the world speak out about Carl Paladino is a good day for his candidacy. These are the same tired career politicians who created the our state’s vast problems and cause New York’s taxpayers to suffer worse than any in this nation. Why don’t these magpies complain about Rick Lazio?