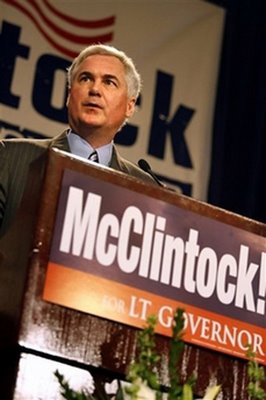 ” … Stoos started out as a aide to retired State Senator H.L. (Bill) Richardson, himself a former John Birch Society field organizer (and a radical religious right fruitcake before there was a radical religious right). … Most recently, Pastor Stoos got himself into the tax-exempt religion business by having himself declared a pastor and the head of his own church, The Church of the King, Sacramento. Stoos is the former head of the California Gun Owners Lobby, and he frequently fills in for Sara DiVito Hardman, executive director of the California Christian Coalition. … “

My father used to tell me that if you really want to know a politician, follow the money.

Tom McClintock is in trouble with the Federal Campaign Commission. McClintock just made a panic dump from of money his state 2010 campaign account to several “charities.” And McClintock’s campaign has been spending a lot of money which he is not admitting that he ever received. Despite repeated attempts by the Federal Elections Commission to find out how much it is and where it’s coming from, McClintock has stymied an explanation. Why? What is he hiding?

On October 7, McClintock’s spokesperson, Bill George, claimed that Tom McClintock had given away $ 51,000 of his 2010 account for another gubernatorial run to “charity.” Those donations were made just before the Sept 30 deadline. Now that he’s broke, so Tom gets a big tax break for donating to “charities.” But those “charities” are staffed by campaign consultants who have been working to elect McClintock to Congress to replace John Doolittle. In fact, one of the charities is actually run by Doolittle and McClintock. 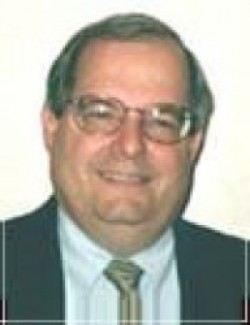 $20,000 was donated to Pastor John Stoos, a longtime McClintock chief consultant, political manager and spokesperson, under the guise of “Cherish California’s Children.” Charitable donations are used not for kids, but for McClintock campaign mailers and for picketing clinics (“Cherish” is an anti-abortion group).

Another $6,000 was “donated” by Tom McClintock to the Capitol Resource Institute, an “issues advocacy group” (lobbyists), directed by Karen England.

In May, Ted Gaines made a “loan” of $3,600 to the “Friends of Dan Logue” account. Why the very well funded Dan Logue would need a loan from Gaines is a mystery, but this donation coincides with Tom McClintock starting his primary campaign tour. It is already known from examining his account that Dan Logue has made campaign appearances with Tom McClintock and paid the speaker’s fee and expenses of the Secure the Borders (Minutemen) group tour.

Ted Gaines made a donation to the Capitol Resource Institute (run by John Doolittle, Tom McClintock, Aanestad, Campbell and England). Gaines has also given $5000 to the “National Tax Limititation Foundation” (Lew Uhler, President).

Uhler is also a member of MOVE AMERICA FORWARD, which is currently doing the Swiftboating/hanging effigy ad targeting Charlie Brown. Follow the money.

In other words, Ted Gaines and John Doolittle are helping to pay for Tom McClintock’s campaign via donations to charities, religious organizations, Minutemen and others by using his state account. Then McClintock donates the donated money to organizations that are supporting his campaign by donating money back to him. Some of these are tax exempt “religious charities”. Still following the money? Good.

A Chevron PAC has contributed thousands to McClintock and the Oil and Gas industry has donated at least $19,000 to his federal accounts. But McClintock also has Oil and Gas industry donations on his state accounts, too. Coincidentally, Ted Gaines also has Chevron-Texaco donations on his state account. Gaines has also made many donations to “Save Our Kids,” which funded the initiative for Prop. 8, which brings us back to Pastor John Stoos.

Stoos started out as a aide to retired State Senator H.L. (Bill) Richardson, himself a former John Birch Society field organizer (and a radical religious right fruitcake before there was a radical religious right). Stoos also heads up the California chapter of Newt Gingrich’s Conservative Opportunity Society, which this year raised nearly $300,000 to help California elect social conservatives to the California legislature. Most recently, Pastor Stoos got himself into the tax-exempt religion business by having himself declared a pastor and the head of his own church, The Church of the King Sacramento.

Stoos’ position on religious minorities in the American theocracy he envisions is based on the beliefs of Christian Reconstructionism, which will reconstruct American government from a democratic republic, which Stoos’ mentor R. L. Rushdoony refers to as a “heresy,” into a biblical-style theocracy ruled by biblical laws. Only “godly” families would be permitted to continue to live in his American Christian society. All others would fall into one of the 18 categories of capital crimes, which would be dealt with by being stoned to death. In an article he wrote for the Chalcedon Report, a journal of the radical Christian Reconstructionist movement, Stoos actually called Reconstructionist Christian politicians “God’s Vice-Regents, those who believe in the Lordship of Christ and the Dominion Mandate…”

Both Ken Campbell and Stoos have been regularly blogging for McClintock. England has also routinely put out PR for McClintock. Both “charities” are pushing wedge issue propositions, like Prop. 8, in this election, even though Federal Law prohibits state campaign accounts from being used for federal elections. That’s why wedge issues involving sex are always dragged into the political arena; they allow tax exempt “non profit” political-religious organizations to collect and move money around while coercing as many voters of faith to the polls as possible for “their” politician or cause.

It’s getting to where every time some radical religious politician starts talking about somebody else’s sex life, I grab my wallet and start looking over their bookkeeping.

Follow the money. It never fails to show someone is stealing, lying and cheating others. Who do they think the rules are for?

Ted Gaines has made lots of donations to groups that are supporting McClintock via the Mormon Church and Prop 8. This is why they keep talking about the “gay marriage” and “teaching gay sex to kids” boogy-man. It’s a frightening distraction for which they accept large donations, launder money, lie, break the rules, misuse religion and flaunt their so-called family values to true people of faith.

LDS Church members in Utah and Arizona are giving millions of dollars to pass prop 8 in California. McClintock’ and Gaines realize this is a potential PR disaster for the LDS; a Utah-based church advocating taking away an existing civil right for minority citizens of California. It would be like the Pope funding a constitutional amendment to make birth control illegal in California. If you like gays or not, not every person of faith in California wants the Mormon Council of Elders in Salt Lake City telling Californians who they can marry. But McClintock and Gaines don’t seem to really care as long as the money keeps rolling in. 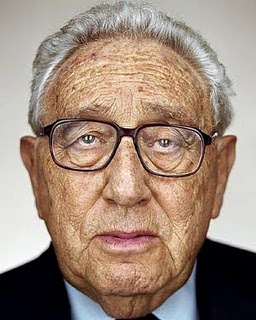 Prescription Opiates and Kids: One Pill can Kill
Oct 26