” … Throughout his life, Malek has found himself involved in nefarious deeds, and has feigned innocence each time. In his 20’s, Malek said he was in no position to stop the murder and evisceration of a dog; in his 30’s, he alleged he could not resist Nixon’s corruptive efforts to politicize the government, illegally punish dissidents, and purge jews from the government; and in his 60’s, he claimed innocence in an effort to use taxpayer funds for political favors and personal gain. … “

Our past articles have suggested that AAN is attacking Russ Feingold as revenge for his votes for financial reform, and against TARP and the Wall Street bailout. We have demonstrated that some of AAN’s board members benefited personally from TARP and the Wall Street bailout, and are trying to convince voters to support corporatist candidates who will do their bidding and stall needed financial reforms. We’ve also noted how the Washington, D.C.-based AAN operates under a veil of secrecy, collecting over $25 million from anonymous corporate donors. American Action Network Chair Fred Malek is well versed in punishing those considered “disloyal” and carrying out acts of deception.

Fred Malek was President Richard Nixon‘s White House personnel chief during the Watergate scandal, attacking Nixon’s critics and managing CREEP (the Committee to Re-Elect the President), the infamous group responsible for the Watergate scandal. He is perhaps most famous for his central role in responding to Nixon’s request for a count of Jews employed in the Bureau of Labor Statistics. The dishonesty Malek demonstrated working for “Tricky Dick” is only one point on his life’s continuum, but representative; chairing the American Action Network is a fitting bookend to a lifetime of deception.

Malek worked in a variety of roles under Nixon, including White House personnel chief, and was known as “The Hatchet” because of his “alleged ruthlessness in paring the workforce and ousting those deemed disloyal to the Nixon administration.”

“The Hatchet” was deputy director of the Committee to Re-Elect the President (CREEP), was involved in money laundering, and was directly and actively involved in the Watergate scandal. He organized CREEP’s “Responsiveness Program,” which aimed to politicize the executive branch and take advantage of the power of the incumbency to direct federal resources towards ensuring Nixon’s re-election. This included replacing civil servants and nonpolitical government workers who refused to participate in Nixon’s reelection campaign, and directing federal grants and loan money towards Nixon supporters. Malek helped dispense patronage and government favors for major Nixon donors, including allegedly shutting down investigations of discrimination claims and other illegal actions.

Malek took great care to falsely structure the program and keep it secret so Nixon’s White House would be protected in case of a leak. In a 1972 memo, Malek wrote “[n]o written communications from the White House to the Departments — all information about the program would be transmitted verbally . . . documents prepared would not indicate White House involvement in any way.” This sleight of hand and secrecy sounds awfully similar to American Action Network’s efforts to hide its donors.

Malek and the Responsiveness Program were deservedly censured by the Senate Watergate Committee. Despite his disgraceful activities, Malek remained well-connected in Republican circles, and a few years later, then-President Ronald Reagan nominated Malek to be a governor of the U.S. Postal Service. The Republican-led Senate Governmental Affairs Committee refused to pass Malek’s nomination after reviewing his role in CREEP and the Watergate scandal. In the hearings, Sen. John Danforth (R-Missouri) stated “my understanding of the responsiveness program, whether it was legal or illegal … is that it was wrong, just plain wrong.” And Sen. Carl Levin (D-Michigan) described Malek’s role as “unethical, immoral and improper,” noting that Malek “spearheaded a calculated, systematic effort to sell government favors to the highest bidder in the Nixon reelection campaign and to punish low bidders or the nonbidders.”

In 1971, the Washington Post reported that Malek had ordered the FBI to conduct an investigation of then-veteran CBS correspondent and Nixon critic Daniel Schorr. In response to the Nixon administration’s domestic surveillance and intelligence abuses, Congress passed regulations to protect Americans’ civil liberties, some of which were reversed under the PATRIOT Act, or “reinterpreted” by Bush. Senator Russ Feingold, who Malek’s American Action Network is attacking, was the lone Senator to oppose the PATRIOT Act.

“Jew-counting” at the Bureau of Labor Statistics

Malek is most infamous for his central role in responding to Nixon’s despicable request for a count of Jews employed in the Bureau of Labor Statistics (BLS). In 1971, Nixon became convinced the BLS had come under the control of Democratic rivals and what Nixon termed a “Jewish cabal.” Malek compiled a list of 13 of 35 top BLS employees who he believed to be Jewish based on their names, and within two months, two senior Jewish BLS officials were demoted.

Although Malek acknowledges carrying out the disgusting “Jew-count,” he denies having anything to do with the transfers. However, a recently released memo suggests that he may be lying (pdf). Even if Malek is not anti-semitic (many Jewish leaders have risen to his defense), the incident suggests Malek lacks integrity and ethical judgment.

Ever the well-connected Republican, Malek was appointed to head the Republican National Committee in 1988 by President George H.W. Bush. He was forced to resign after Bob Woodward followed up on his Watergate reporting and reminded America about Malek’s BLS “Jew-count.” 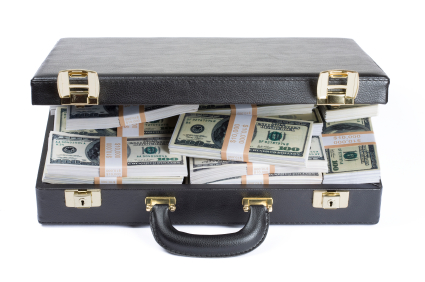 Post-Nixon, Malek’s misdeeds continued. In 2004, the Securities and Exchange Commission fined Malek $100,000 personally, and his company, Thayer Investments, $150,000, in a case involving money laundering and a fraudulent pension fund scheme. In 1998, Malek wanted the state of Connecticut to increase its state pension fund investments with Thayer Investments, and Connecticut’s treasurer, Paul J. Silvester, wanted to reward his friend and political supporter William DiBella, a former majority leader of the Connecticut Senate. Malek’s company hired DiBella, and even though he did no work, paid him a percentage of the taxpayer-funded state pension fund’s total investment with Thayer. In turn, according to the SEC, Connecticut treasurer Silvester increased the state’s pension fund investment with Malek’s company “by at least $25 million (to a total of $75 million) solely to secure a larger fee for DiBella.”

According to SEC counsel, “[T]his matter is especially egregious because it involves the investment of public pension fund money, thereby violating the public trust and corrupting the investment process.” Although Malek and his company settled the SEC’s lawsuit against him before assigning more serious penalties, Silvester was later sentenced to four years in jail, and DiBella paid a nearly $800,000 settlement.

Finally, although many people do stupid things in their youth, Malek was arrested at age 22 for being part of a group that [[http://www.washingtonpost.com/wp-dyn/articles/A61538-2004Aug12.html killed a dog], then skinned, gutted and barbecued it on a spit. Charges against Malek were dropped when one of his compatriots confessed to killing the animal with a 2 x 4 plank and eviscerating it. Malek claimed that he was out-of-his-mind drunk and in no position to stop the events.

Can Americans Trust Malek or His American Action Network?

Throughout his life, Malek has found himself involved in nefarious deeds, and has feigned innocence each time. In his 20’s, Malek said he was in no position to stop the murder and evisceration of a dog; in his 30’s, he alleged he could not resist Nixon’s corruptive efforts to politicize the government, illegally punish dissidents, and purge jews from the government; and in his 60’s, he claimed innocence in an effort to use taxpayer funds for political favors and personal gain.

Based on his work with the Nixon administration, it is fair to say that Malek is well-versed in deception. As for Malek’s involvement with defrauding taxpayers and murdering animals, we will only say that these incidents suggest that, at best, Malek lacks moral courage.

Can Americans trust this man to tell them how to vote? Malek is leading a group spending $25 million to influence the 2010 midterm elections, drawing upon both secretly-donated corporate dollars and his experiences with the underhanded to push pro-corporate political candidates. This man of demonstrably weak moral fiber is dictating to voters who should lead their country. This man’s group, the American Action Network, has the gall to attack one of the few Senators who has displayed the moral turpitude to vote his conscience, stand up to corporate interests and lobbyists, fight pork and wasteful spending, and oppose infringements on our civil liberties. Regardless of how Americans vote this November, we hope they’ll demonstrate more courage than Malek, and make an honest effort to vote based on genuine issues, rather than the misleading claims made in corporate-sponsored attack ads from the American Action Network.

Previous Article
The Tea Party Movement: Deluded and Inspired by Billionaires
Next Article
The Death of JFK & the Rise of the Birch Society’s America, Home of the Simple-Minded

The Death of JFK & the Rise of the Birch Society’s America, Home of the Simple-Minded
Nov 21