After the JFK Assassination 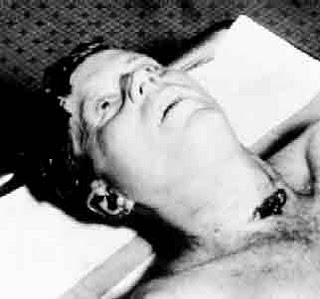 " ... the FBI and other federal agencies sought to hide their tracks with a cover-up. ... Shredding machines at the FBI, Central Intelligence Agency and Defense Department were used overtime to dispose of documents that detailed the government's knowledge about Oswald. ... "

The Secret Service failed to adequately protect President John F. Kennedy 30 years ago -- leaving Kennedy to ride in an open limousine into an ambush on a downtown Dallas street, congressional investigations showed.

After Kennedy was assassinated Nov. 22, 1963, and nightclub operator Jack Ruby murdered suspect Lee Harvey Oswald two days later, the FBI and other federal agencies sought to hide their tracks with a cover-up, investigations found. When Ruby shot Oswald while in Dallas police custody, he silenced forever the one person who could have revealed whether Oswald acted alone or was part of a conspiracy.

Shredding machines at the FBI, Central Intelligence Agency and Defense Department were used overtime to dispose of documents that detailed the government's knowledge about Oswald.

When coupled together, Oswald's murder and the cover-up probably ensured that the many mysteries surrounding Kennedy's assassination never will be fully resolved. Kennedy assassination studies have attracted thousands of avid researchers, hobbyists and theorists of every stripe -- from serious history students to crackpots.

The 30th anniversary of Kennedy's death turned Dallas into a mecca for assassination buffs and for writers and collectors who have transformed the Kennedy murder followup into a variety of profit-making ventures that include books, T-shirts and Kennedy memorabilia.

If nothing else, American free enterprise may rule out a resolution to the question of who killed JFK and why.

This much was revealed by the U.S. House of Representatives "Select Committee on Assassinations" in a report to Congress on March 29, 1979:

-- Prior to Kennedy's fateful visit to Dallas, the FBI, CIA, Army Intelligence and the Office of Naval Intelligence all had files on Oswald because of his defection to the Soviet Union in late 1959 and his return to the United States in 1962.

His association with the pro-Fidel Castro "Fair Play for Cuba Committee" was reported in newspapers after his arrest in New Orleans on Aug. 9, 1963.

-- Oswald wrote a note to an FBI agent and delivered it to FBI headquarters in Dallas two or three weeks before Kennedy's slaying. Agent James P. Hosty told congressional investigators he didn't know it was Oswald who wrote the note until the day Kennedy was assassinated and Oswald arrested.

-- The CIA opened a file on Oswald on Dec. 9, 1960. An agency memorandum indicated the file was opened with the receipt of documents from the FBI, the State Department and the Navy.

-- The 112th Military Intelligence Group at Fort Sam Houston opened a file on Oswald because of pro-Castro activity in New Orleans the summer prior to Kennedy's assassination. Up to a dozen military intelligence agents were in Dallas the day the president was shot.

The intelligence file never was seen by the Warren Commission in 1964 and was "routinely" destroyed before the congressional committee began its work in 1976.

-- Beginning in March 1963, about eight months before Kennedy began the Texas trip, the Secret Service learned about "three significant threats to the president." The first two concerned planned presidential trips to Chicago in March and November. The third was in connection with a trip to Miami Nov. 18.

In the case of Miami, a police informant recorded a conversation with a "right-wing extremist" who said there was a plot to shoot Kennedy with a high-powered rifle from a tall building.

The congressional investigation report asserted: "The fact was, however, that two threats to assassinate President Kennedy with high-powered rifles, both of which occurred in early November 1963, were not relayed to the Dallas region."

No check of the Texas School Book Depository building was made prior to Kennedy's motorcade past the seven-story structure, where Oswald had worked since mid-October. The committee cited what it said was a failure by the Secret Service to protect the president and failures by the FBI, CIA and other government agencies to reveal important facts to either the Warren Commission, appointed by President Lyndon Johnson to investigate the assassination, or the public.

The congressional committee quoted Warren Commission members and staff as saying the most important information withheld from them was information surrounding a joint effort by the CIA and the Mafia to murder Cuban ruler Fidel Castro.

"They (Warren Commission members and staff) repeatedly noted that they had been significantly more disposed toward trusting the CIA and FBI in 1963 and 1964 than they would have been in 1978," the House committee report stated.