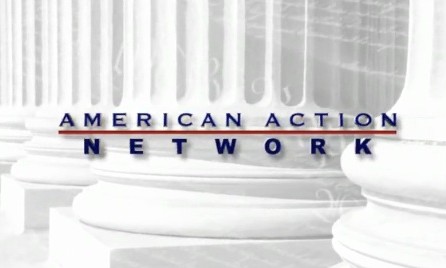 Profile: American Action Network was formed in 2010 on the platform of limited government, a strong national defense and “American exceptionalism,” according to its website. The majority of its spending has been on negative ads against Democratic candidates.

While nonprofits like American Action Network do not disclose their donors, an investigation by the Center for Public Integrity revealed that The Pharmaceutical Research and Manufacturers of America, better known as PhRMA, gave $4.5 million to the group in 2010, which accounted for 15 percent of its income that year.

American Action Network spent $26 million on ads in 2010, making it the second-most active outside political spending group that year behind the U.S. Chamber of Commerce, according to CRP.

In March, election watchdog Democracy 21 and the Campaign Legal Center filed a complaint against American Action Network with the IRS, urging it to investigate the organization’s tax-exempt status. The letter, which also called for investigations into Crossroads GPS, Priorities USA and Americans Elect, says that these groups are abusing their tax-exempt status by keeping their donors secret but engaging substantially in elections activities.

In June, Citizens for Responsibility and Ethics in Washington (CREW) also filed a complaint with the IRS and the Federal Election Commission on similar grounds.