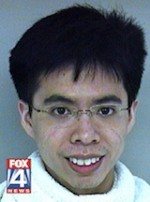 Erlyndon J. Lo -- a 2007 graduate of Southern Methodist University Dedman School of Law -- rails against abortion on his Web site. But on April 2, Lo went further, allegedly threatening in a motion for an emergency temporary restraining order in Lo v. Roberts, et al. to use “deadly force” to stop an abortion at the Southwestern Women’s Surgery Center in Dallas.

In his motion, filed in the U.S. District Court for the Eastern District of Texas in Plano, Lo asserts,

“My life is at stake. I could be MURDERED AND KILLED as early as Friday, April 2 . . . if you do not IMMEDIATELY GRANT MY REQUEST for in the VERY LEAST A TEMPORARY RESTRAINING ORDER! I plan on saving at least one human life at 12:00 p.m. at the Southwestern late-term abortion facility. . . . My religious beliefs include the beliefs that an individual is alive at the moment of conception, abortion is murder and is the worst murder of all murders possible because these babies are completely defenseless, and I am entitled under my religious beliefs to use deadly force if necessary to save the innocent life of another.”

Patricia Davidson, deputy clerk in charge of the clerk’s office for the U.S. District Court in Plano, says her office forwarded the motion to U.S. District Judge Richard Schell’s chambers. On March 18, Lo filed Lo v. Roberts, et al. against justices on the U.S. Supreme Court. That suit is pending before Schell, who denied Lo’s TRO motion on April 2, the same day Lo filed it.

Schell wrote in the order, “Whether Plaintiff faces harm is within Plaintiff’s sole control.”

Lo, who notes on his Web site that he took the New York bar exam in February, represents himself pro se in the civil suit.

Davidson says the clerk’s office for the U.S. District Court in Tyler, which also received a copy of Lo’s motion, notified the U.S. Marshals Service. Mark White, spokesman for the Federal Bureau of Investigation in Dallas, says the Marshals Service then notified the FBI. According to a news release posted on the FBI’s Web site, FBI agents arrested Lo at his home in Plano on April 3. The criminal complaint filed April 5 in the U.S. District Court for the Northern District charges Lo with transmitting through interstate commerce a communication containing a threat to injure the clinic’s employees and clients, in violation of 18 U.S.C. §875(c). The complaint also charges Lo with intimidating the clinic's employees and clients with a threat of force, in violation of 18 U.S.C. §248(a)(1), known as the Freedom of Access to Clinic Entrances Act.

White says making a threat in a TRO motion is “highly unusual.” Although clinics receive letters in which the writers say they are committing murder, people “usually don’t step over the line, especially in a court filing,” White says.

White says Lo faces a detention hearing April 15 in the U.S. District Court for the Northern District in Dallas. U.S. Magistrate Judge Don Bush will determine whether to set a bond for Lo at that hearing.

Amazing! Its truly remarkable piece of writing, I have got
much clear idea concerning from this article.

Gallup poll: Most Americans describe themselves as 'pro-life'