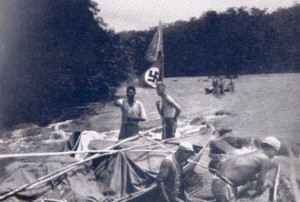 Explorers: Nazi researchers on expeditions of the Brazilian jungles in 1935

Bricks marked with swastikas on a crumbling building in Brazil have helped historians trace an astonishing plan by Adolf Hitler for a Nazi empire in South America.

They have also found some of the young men who were kept as slaves by German settlers and local Nazi supporters.

They were known as ‘ Nummernmenschen’ – the number people – as the dehumanisation practised in the concentration camps was exported.

It had long been known that fleeing Nazis moved into remote regions of South America after the war. But the story of the slaves began years earlier.

From 1933 onwards men and boys, often from orphanages, were taken to vast farms like the hacienda Cruzeiro Do Sul 150 miles west of Sao Paulo. It was there that pig farmer Jose Maciel found the swastika bricks after buying the land. In one of the buildings, preserved in a metal cyclinder, were documents and photos showing cattle branded with swastikas and a Nazi flag flying.

Now the last three surviving slaves have been back to see the bricks they made by hand – and point out the shallow graves where many of their friends were buried after dying through neglect and maltreatment.

AloÌsio Silva, 85, was number 23. ‘Cattle and horses had more of a family tree than I,’ he said. ‘I was a slave and a boy without a name.’ Mr Silva was nine when he was taken from an orphanage by rich landowner Oct·vio Rocha Miranda, a fanatical supporter of Hitler. ‘The great landowners saw ideal workers in us parentless boys,’ he said. ‘We were lied to, told that we would ride around on horses, that the work wasn’t hard.

‘But we were put to backbreaking toil and paid with coins that could be spent only on the farm. It wasn’t until I was 16 that I got my first shoes. 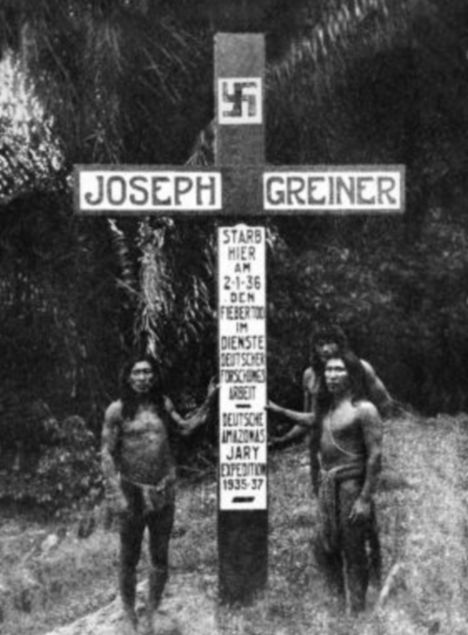 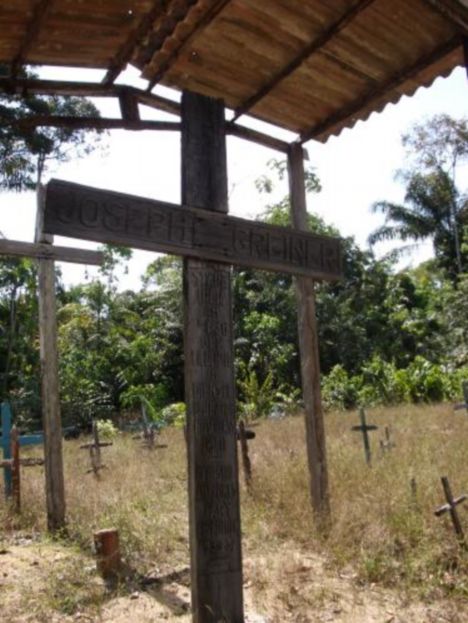 Discovered: Crosses mark the graves deep in the jungle

‘I was tortured, made to kneel on hard grains of corn for hours on end, beaten. Two large dogs guarded our barracks.’

The slave boys were employed until the mid-1940s when the authorities clamped down.

Some 2,000 German settlers moved to Brazil after SS officers posed as naturalists to scout it out, calling the area ‘ripe for exploitation.’ 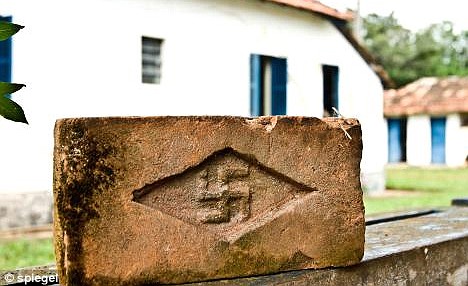 Everything from bricks to animals were carved with the Nazi sign, on the orders of Nazi supporter Octávio Rocha Miranda

There were similar-migrations to Paraguay, Argentina and Uruguay.

Now the surviving Brazilian slaves are seeking reparations from the government which allowed their ordeal.

Mr Silva said: ‘I want compensation, I want an apology. But above all, I want to find out who my mother was and put some flowers on her grave.’

The Tiger Woods Scandal that the Media Ignore