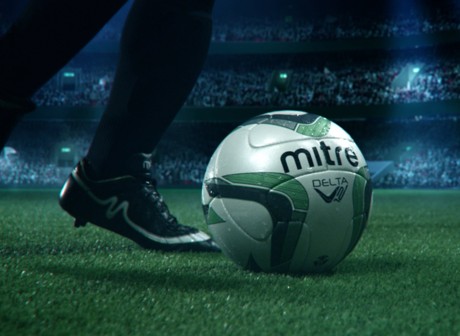 HBO’s Real Sports With Bryant Gumbel has won a civil suit brought against it by Mitre Sports, the UK-based sports equipment maker that accused the show of defaming it in a 2008 broadcast. The episode explored the use of child labor in sweatshop conditions in India to produce the company’s soccer balls.

The jury in U.S. District Court in Manhattan voted 11-0 today in favor of Real Sports, finding that the show “did not broadcast in a grossly irresponsible manner false or defamatory statements portraying Mitre as using, or turning a blind eye to others using, child labor or child bonded labor in the manufacture of Mitre soccer balls.”

HBO said in a statement: “We are delighted with the jury’s decision, which confirms what we have said since the beginning of this legal proceeding in the fall of 2008: This case was without merit, and the Real Sports reporting was unimpeachable. We couldn’t be prouder of the Real Sports franchise and the award-winning work done over the past 20 years. We are grateful to the jury for their careful consideration of the evidence.”

The trial in federal court in Manhattan is the culmination of years of litigation over the report on “Real Sports with Bryant Gumbel,” which first aired in September 2008.

U.S. District Judge George Daniels told potential jurors that the trial was expected to take up to four weeks.

Mitre, established in 1817, is the world’s oldest manufacturer of soccer balls. The company says it does not use child labor and firmly opposes it.

It has said some children depicted in the HBO report as stitching Mitre soccer balls in India for five cents per hour or less were induced to pretend on camera that they were child laborers. Some children shown in the report were also described as victims of debt bondage and child slave labor.

Mitre, which is owned by the London-based Pentland Group, has called the report a “hoax” and a “hatchet job,” aimed at tarnishing the reputation of a company at the forefront of global efforts to eradicate child labor.

“The evidence will show not only that this television show was false but it was told with HBO’s clear knowledge of its falsity,” said Lloyd Constantine, an attorney representing Mitre. “Virtually everything in the show is false and HBO knew it at the time it was telecast.”

HBO says it stands by the report, alternately titled “Childhood Lost” and “Children of Industry.” Ray Stallone, spokesman for the Time Warner Inc subsidiary, has repeatedly dismissed the libel case as “without merit.”

The premium channel is better known for entertainment than news. But HBO also has a reputation for producing top-notch news documentaries and that reputation could take a hit if it is found guilty of “staging” any part of a news report.

“The accusation that HBO or its Indian (news) stringers fabricated footage is false,” Stallone said on Friday.

Constantine declined to detail the damages Mitre is seeking. But the company’s lawsuit, filed on Oct. 23, 2008, said the amount would total “tens of millions of dollars.”

“Mitre has suffered and continues to suffer substantial damage to its name, mark, business and reputation,” the complaint said. It cited a decision by Wal-Mart Stores Inc to remove all Mitre Cobra soccer balls from its shelves after the report aired as one example of that damage.

Judge Daniels, in a written opinion clearing the way for the trial to proceed last year, made the point that “substantial truth suffices to defeat a charge of libel” under New York law.

That principle is likely to be a pillar of HBO’s defense in the case, since it has argued in court papers that its report was “substantially true.” Child labor is pervasive in India and HBO contends that children in the country are involved in the manufacture of soccer balls, including Mitre-branded balls.

But Daniels also gave Mitre an apparent advantage in the case by ruling – in a move protested in an amicus brief filed by leading media organizations, including Reuters – that Mitre was hardly a household name and cannot be considered a “public figure.” The protest centered on concerns about press freedom and the protections traditionally awarded U.S. journalists in reporting about public officials and public figures.

The ruling means that Mitre does not have to prove “actual malice” on the part of HBO, a tough standard in libel cases. Instead, Mitre only needs to convince the jury that HBO was grossly irresponsible in matters such as fact-checking and editing. 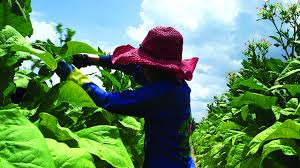