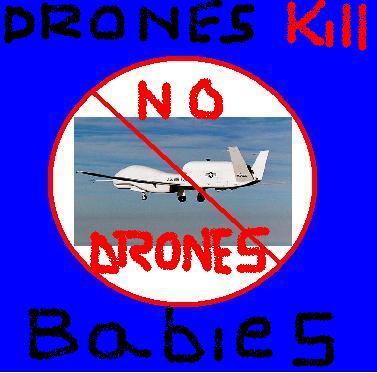 The kohl-eyed Hakimullah Mehsud probably is dead. He was the target for a missile fired last month from an unmanned aircraft hovering over the Afghan-Pakistani border – but launched by an operator in the US.

Mehsud was the ruthless mastermind of multiple suicide bomb attacks in Pakistan. He was part of a suicide mission on December 30 at Khost, just across the border in Afghanistan, which killed seven CIA agents who were working on the covert operation that now appears to have ended Mehsud’s brief and brutal leadership of the Taliban in Pakistan.

In the artistry of war, the insertion of a Jordanian double-agent who detonated his explosive vest inside this super-sensitive CIA bunker was flawless. But, in their payback, the enraged Americans confirmed the breadth of a new horizon in modern warfare – launching 15 clinical drone attacks in which more than 100 people died along the border, as Washington’s electronic eyes and guns sought out Mehsud and his Taliban and al-Qaeda allies.

War does not get more radical than this – technically, politically and, perhaps, ethically.

Consider: for the first time ever, a civilian intelligence agency is manipulating robots from halfway around the world in a program of extrajudicial executions in a country with which Washington is not at war.

Consider, too: the drone wars were initiated under the presidency of George Bush. But it is the Democrat Barack Obama who has given them flight and stumped up sufficient funding to spark serious debate on the end of the ”Top Gun” era of the fighter-pilot.

And there is this: despite decades of American disquiet about assassinations abroad and a shrill Republican critique of him as a security wuss, the professorial Obama is the new killer on the block, authorising more drone attacks in the first year of his term in office than Bush did in his entire presidency.

At the White House these days they hold their breath, praying for a turnaround in the war in Afghanistan to vindicate Obama’s gamble in dispatching 50,000 more young Americans to a conflict some deem unwinnable.

But confidence in the use of state-sanctioned lethal force in the undeclared American war in neighbouring and nuclear-armed Pakistan borders on the giddy. “The only game in town” was how CIA director Leon Panetta described it last year.

As a covert operation, insufficient data is released to judge its efficacy. It took publication by the Pakistani media of Google Earth images of Predator aircraft on the ground at a base in Pakistan to elicit oblique CIA confirmation that the program actually operated there. Last month a CIA spokesman, Paul Gimigliano, only said the agency’s ”counter-terrorism operations – lawful, aggressive, precise and effective – continue without pause”.

Mehsud’s is an impressive scalp of war – for Washington and Islamabad. He had been in the leadership post for just five months after his predecessor of two years, Baitullah Mehsud, suffered a similar fate in August.

The first drone strikes of the new presidency took place on Obama’s third day in office – four Arabs, presumed to be al-Qaeda associates, died in a strike in the border region. But as many as 16 members of the extended family of a respected pro-government tribal elder died when the second drone strike that day went terribly awry.

A study by the New America Foundation last year found that just six of 41 CIA-launched drone attacks in the border region had targeted al-Qaeda members. Eighteen of the targets were Taliban and 16 of them alone were efforts to kill Baitullah Mehsud – which, depending on who did the counting, racked up more than 300 additional civilian deaths.

Body-counting is a fraught business. Called Revenge of the Drones, the NAF study concluded that, since January 2008, the American kill has included ”about 20 leaders of al-Qaeda, the Taliban and allied groups … in addition to hundreds of lower-level militants and civilians. Under President Obama, the strikes have taken out at most [a] half-dozen militant leaders while also killing as many as 530 others – of those, around 250 to 400 are reported to have been lower-level militants, about three-quarters; and about a quarter appear to have been civilians.”

The number of civilian deaths and their implication are hotly debated – because of the extent to which they inflame anti-American sentiment in Pakistan and because the vaporised death of a target denies any opportunity to capture and interrogate him.

Writing in The New York Times, the counter-insurgency experts David Kilcullen and Andrew Exum decried the toll. Citing a civilian figure of 700, they extrapolated a civilian loss of 98 per cent of deaths or 50 civilians for each militant eliminated.

Bill Roggio, the managing editor of the respected American blog The Long War Journal, goes to the other extreme, claiming only 10 per cent of those killed could be described as civilians.

After a detailed study of media and other reports from the border region, Revenge of the Drones takes a middle course, opting for a civilian toll of about one-third of those killed.

Just like their political and military leaders, Pakistanis give conflicting signals on the drone wars. Last summer a Gallup poll found only 10 per cent support for the attacks, but about half in a study of 550 professional people living in the border region described the strikes as accurate, and a little more than half estimated that the strikes damaged the militants without increasing anti-US sentiment.

The changed ground rules making extrajudicial killing more acceptable are a product of post-September 11 thinking. In 2001 Bush overturned President Gerald Ford’s 1976 prohibition on assassinations by US intelligence agencies – but there’s something else in the works, too.

Despite its loyalty to Israel, the Bush administration condemned Israel’s campaign of targeted assassinations in the Palestinian Occupied Territories in the weeks before the September 11 attacks on New York and Washington. But, as critics of the drone wars struggle to get traction in public debate, it is curious that in the absence of any negative reaction to Obama’s expansion of his remote killing program last year, the former Bush administration was under attack for revelations that it had considered dispatching more traditional hit-squads abroad to take out al-Qaeda operatives.

Forty-four countries now use unmanned aircraft for surveillance – only the US and Israel deploy them as killers.

In the first weeks of his presidency Obama reportedly wrestled with the moral and strategic implications of the program. But, as reported in The New York Times, he pointedly declared to one of his earliest Situation Room gatherings: “The CIA gets what it needs.”

The American Civil Liberties Union explained in a Freedom of Information application last month: “It appears … that lethal force is being exercised by individuals who are not in the military chain of command, are not subject to military rules and discipline; and do not operate under any other public system of accountability or oversight.”

A Democrat’s targeted killings, it seems, are not quite the same as those of a Republican.

The first drones flew before the September 11 attacks – searching for Osama bin Laden. Now the US Air Force estimates that about 15 per cent of its $US230 billion ($260 billion) arms-procurement program will be spent on robot equipment within five years.

Predators can fly 700 kilometres, then hover for 30 hours at a stretch, feeding real-time video and other data through 10 simultaneous streams to controllers in 10 locations. Priced at $US4.5 million, Predators carry sensors that intercept electronic signals and listen in on phone conversations – and they carry missiles. The newer Reapers cost $US17 million and can fly nearly 6000 kilometres.

The US Air Force now has more drone operators in training than fighter and bomber pilots.