The journalist, Mohamed Hassanein Heikal, made the comments in an interview which aired on September 19, 2013. The comments were translated and posted to the internet by the Middle East Media Research Institute (MEMRI).

“In the 1950s and 1960s, attempts to end the nuclear arms race began. Countries that already had nuclear arms decided to make do with what they had, and all the other countries, which found it too difficult to join the nuclear arms race, believed that the production of chemical and biological weapons was the poor man’s way to deter the nuclear countries. This was especially true with regard to the Arab world. Not a single Arab country refrained from producing chemical and biological weapons,” claimed Heikal in the interview.

“The production of chemical and biological weapons was easy,” he added.

“It was all based on German scientists who fled Germany [following World War II]. Some of them had knowledge of nuclear energy, like Dr. [Wolfgang] Pilz, who came to us for a while, and then started working on missiles and moved to China.”

“Since obtaining nuclear energy was so difficult and expensive, and since we all more or less know that Israel has nuclear weapons, all the countries, down to the very last one… All the countries produced it, and they all realized after a while that they could not benefit from keeping large stockpiles of chemical and biological weapons. Qaddafi had them. Everybody did. Syria has them,” claimed Heikal. 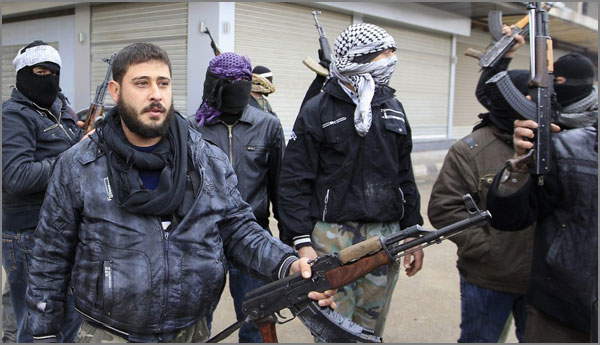