Media report Wikileaks but not huge US atrocities 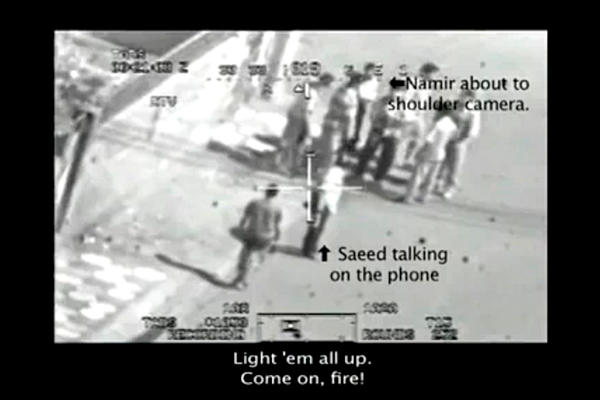 Recently Wikileaks challenged the US Establishment culture of violence and lying by releasing hundreds of thousands of secret US documents bearing on the US War on Terror. However the American Empire has struck back. Wikileaks has been closed down world-wide and its heroic Australian founder Julian Assange is facing arrest. But the real Wikileaks scandal is that while there is selective reportage of the Wikileaks US document leaks, Mainstream media (MSM) resolutely refuse to report horrendous US crimes that involve scores of millions of deaths and which are publicly documented by readily accessed data from authoritative UN agencies.

Lying by Anglo-American imperialists has a long history. 2 centuries of British atrocities in India involved 1.8 billion avoidable deaths (mainly from British-imposed deprivation).2 centuries of British rule were characterized by repeated British-imposed famines, from the 1769-1770 Great Bengal Famine (10 million deaths) to the 1943-1945 Bengal Famine (6-7 million Indians deliberately starved to death by the British in Bengal, Bihar, Orissa and Assam). Yet the British Rulers were and are very clever and generations of British politicians, journalists and academics have airbrushed these atrocities from the history books and from general public perception. Thus these atrocities are completely absent from the recent lavish BBC TV production “The Story of India”. Only resolute scholarly honesty can overcome this entrenched Anglo Establishment lying (see my book “Jane Austen and the Black Hole of British History”).

The attempt by Wikileaks to expose US crimes in the 21st century War on Terror has generated controversy. Thus the UK New Statesman has recently published a lawyer’s view of the Wikileaks saga. The article by lawyer and writer David Allen Green (legal correspondent of the New Statesman; shortlisted for the George Orwell Prize in 2010) legitimately praises Wikileaks re transparency and then incorrectly damns it re accountability (non-elatedness), legality and privacy: “The release by Wikileaks of US government cables is a sheer triumph for transparency… But transparency is not the only liberal value. There are others, and these are important, too. For example, there is the value of legitimacy: those who wield power in the public interest should normally have some democratic mandate or accountability… Another liberal value is legality: the belief that actions – especially those that affect others – should have a basis in law… A third liberal value is privacy: the belief that, in certain human affairs, private space is required… Nonetheless, Wikileaks remains a powerful but undemocratic and unaccountable entity that shows a general disregard for both the rule of law and the practical need for certain communications and data to be confidential. So, from a liberal perspective, there is a great deal to commend Wikileaks, but there is also a lot that should cause a liberal to be concerned” (see David Green, “Wikileaks and the liberal mind”, New Statesman, 1 December 2010).

David Green’s legal caveats can be countered by considering the following not uncommon situation on the daily TV news in which  a citizen who has witnessed a violent and deadly crime tells all to the media - yet lawyers would argue that the witness is unaccountable (unelected) and jeopardizes the fair trial and privacy of the accused!

Wikileaks provides some documentary evidence with a bearing on US Alliance armed robbery and mass murder in the 21st century US Alliance War on Terror, in horrible reality a cowardly and racist War on Women and Children for US hegemony and resources. The US with 5% of the world's population currently consumes 25% of its resources and to achieve this lies, suborns, subverts, threatens, invades, occupies, tortures and mass murders.

The US has invaded and violently occupied some 30 countries since 1950 (see William Blum’s “Rogue State”), is currently directly involved in 5 wars (in Somalia, Yemen, Iraq, Afghanistan and Pakistan), is currently directly occupying 3 territories (Iraq, Afghanistan and Diego Garcia) and is indirectly involved in further wars and occupations by its allies (in Occupied Haiti, Occupied Somalia, Occupied Syria, Occupied Palestine and US robot-bombed NW Pakistan), currently operates and/or controls between 700 and 800 military bases worldwide in 63 countries, has US military personnel in 156 countries, and deploys 255,065 US military personnel worldwide  (for details see Professor Jules Dufour,  President of the United Nations Association of Canada (UNA-C) – Saguenay-Lac-Saint-Jean branch,  Research Associate at the Center for Research on Globalization (CRG), Emeritus Professor of Geography at the University of  Quebec, Chicoutimi, and Chevalier de l'Ordre national du Québec, “The world-wide network of US military bases. The global deployment of US military personnel”, Global Research, 1 July 2007).

The real Wikileaks scandal is that while Mainstream media (MSM) will publish some of the Leaks it will NOT report the horrendous human cost of US violence and hegemony, data that is  readily available from UN Agencies like UNICEF and the UN Population Division (horrendous examples are given below).

4. 1950-2005 avoidable deaths in countries occupied in the post-1945 era by the US and the UK (excluding Germany and Japan) total 82 million and 727 million, respectively (see "Body Count. Global avoidable mortality since 1950" by Gideon Polya).

7. For Spaceship Earth subject to First World (largely US) hegemony, 1950-2005 avoidable deaths (excess deaths, deaths that did not have to  happen) totaled 1.3 billion (the World), 1.2 billion (the non-European World) and 0.6 billion (the Muslim World), the latter statistic revealing a Muslim Holocaust 100 times greater than the WW2 Jewish Holocaust (5-6 million killed, 1 in 6 dying from deprivation) or the “forgotten” WW2  Bengali Holocaust (6-7 million Indians starved to death by the British in the WW2 Bengal Famine).

9. The world is facing a worsening climate emergency due to man-made greenhouse gas (GHG) pollution. Both Dr James Lovelock FRS (Gaia hypothesis) and Professor Kevin Anderson ( Director, Tyndall Centre for Climate Change Research, University of Manchester, UK) have recently estimated that fewer than 1 billion people will survive this century due to unaddressed, man-made global warming. Noting that the world population is expected to reach 9.5 billion by 2050, these estimates translate to a climate genocide involving deaths of 10 billion people this century, this including 6 billion under-5 year old infants, 3 billion Muslims in a terminal Muslim Holocaust, 2 billion Indians, 1.3 billion non-Arab Africans, 0.5 billion Bengalis, 0.3 billion Pakistanis and 0.3 billion Bangladeshis.

One has to turn to fiction for analysis of this extraordinary perversion of the Mainstream media. Barbara Kingsolver in her great novel "The Lacuna" (lacuna meaning hiatus, blank, missing part, gap, cavity, or empty space) has  Russian Communist revolutionary and theorist Leon Trotsky (Lev) and his assistant Van have the following discussion about media (part 3, p159, Faber & Faber, London, 2009 edition): ""But newspapers have a duty to truth", Van said. Lev [Trotsky] clicked his tongue. "They tell the truth only as the exception. Zola [French novelist of "J'accuse" fame] wrote that the mendacity of the press could be could be divided into two groups: the yellow press lies every day without hesitating. But others, like the Times, speak the truth on all inconsequential occasions, so they can deceive the public with the requisite authority when it becomes necessary." Van got up from his chair to gather the cast-off newspapers. Lev took off his glasses and rubbed his eyes. “I don't mean to offend the journalists; they aren't any different from other people. They're merely the megaphones of other people" … [Trotsky observes to his assistant Shepherd] “Soli, let me tell you. The most important thing about a person is always the thing you don't know”” (p218).

Jake in “The Heart is a Lonely Hunter” by Carson McCullers put it more succinctly: “But the main thing he sees is that the whole system of the world is built on a lie.”

The extraordinary lying by omission of the Mainstream media of the “democratic fascist” Western Murdochracies and Lobbyocracies is on a par with the lying by omission of totalitarian societies. Mainstream media report the violent deaths of individuals, tens or hundreds but resolutely ignore the 0.8 million avoidable deaths of under-5 year old infants in the American Empire each year. One notes that Soviet Union dictator Joseph Stalin famously declared “A single death is a tragedy, a million deaths is a statistic.”

Nazi German dictator Adolph Hitler coined the phrase “The Big Lie” in his book “Mein Kampf”: “in the big lie there is always a certain force of credibility; because the broad masses of a nation are always more easily corrupted in the deeper strata of their emotional nature than consciously or voluntarily; and thus in the primitive simplicity of their minds they more readily fall victims to the big lie than the small lie, since they themselves often tell small lies in little matters but would be ashamed to resort to large-scale falsehoods. It would never come into their heads to fabricate colossal untruths, and they would not believe that others could have the impudence to distort the truth so infamously. Even though the facts which prove this to be so may be brought clearly to their minds, they will still doubt and waver and will continue to think that there may be some other explanation. For the grossly impudent lie always leaves traces behind it, even after it has been nailed down, a fact which is known to all expert liars in this world and to all who conspire together in the art of lying.” (For a detailed analysis of Mainstream media lying see Gideon Polya, “Rare ethical writers expose media lying”, Countercurrents, 29 May 2010: http://www.countercurrents.org/polya290510.htm).

Wikileaks has been closed down world-wide and World hero and Wikileaks principal, Australian Julian Assange, is facing arrest with nowhere to hide in a neocon-dominated World committed to lying and to The Big Lie. The lying, pro-war, pro-Zionist, pro-US Australian Government promises that Julian Assange will be arrested if he returns to Australia. Yet the brutal government-corporate censorship of Wikileaks hides the horrendous lying by holocaust-denying Mainstream media, politicians and academics in the Western Murdochracies. One can estimate that post-1950 violent deaths and non-violent avoidable deaths from deprivation in countries variously occupied by the US in the post-1945 era total about 90 million, a death toll greater than that of World War 2 in both the Eastern  and Western theatres combined.

All decent people everywhere must be inspired by the example of World hero Julian Assange and are obliged to (a) tell everyone they can about horrendous US crimes against Humanity, most recently the 8 million deaths associated with the US Alliance War on Terror, and (b) urge Sanctions and Boycotts against all Mainstream media, politicians, countries and corporations complicit in these atrocities and the attendant The Big Lies.