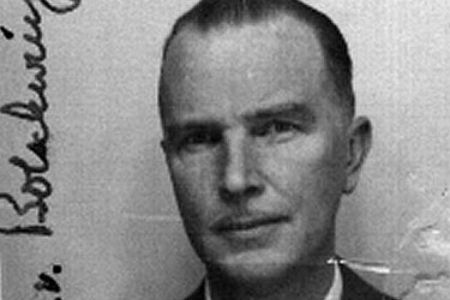 The Long-hidden report: CIA created ‘safe haven’ for Nazis in the US obtained by the New York Times November 13, 2010, may be the most concrete account yet of the role that prominent members of Germany's Nazi party played in the early, formative years of the CIA, following World War II. The report alleges the CIA created a "safe haven" for Nazis believed to be of use to the US' Cold War efforts. [1]

Notice the words alleges and believed to be of use to the US' Cold War efforts.

The report confirms, what some refer to as a pathetic chapter in our nation’s history. The "experts" our intelligence people recruited were just a bunch of criminals and losers that never provided any useful intelligence about the Soviet Union. Furthermore, Lieutenant Richard Hallock had a breakthrough in 1943 when he deciphered the codes of the Red Army intelligence. The Venona Project

One part of the report addresses the story of Otto Von Bolschwing, an associate of Adolf Eichmann, who was instrumental in drawing up plans for ridding Germany of Jews. [2]

Below is an excerpt by Christopher Simpson about Otto Von Bolschwing from Simpson’s Blowback America's recruitment of Nazis, and its disastrous effect on our domestic and foreign policy, Page 252:

“The story of U.S. intelligence relations with criminals such as Brunner is of necessity fragmentary, for both the CIA and Brunner himself have taken extensive measures to keep such affairs hidden. It is clear, however, that Brunner was not an exception to the rule who managed to ingratiate himself with the Americans through guile or through an oversight. There is, in fact, at least one other known case of U.S. recruitment Baron Otto Von Bolschwing, an SS veteran of Adolf Eichmann's "Jewish Affairs" office, the elite committee that served as the central administrative apparatus of the Nazis' campaign to exterminate the Jews.”

“Von Bolschwing, deeply involved in intelligence work, and in the persecution of innocent peoplefor most of his adult life, was a supreme opportunist who succeeded in traversing the whole evolution of U.S. policy toward Nazi criminals. He had profited during the war from the Nazi confiscation of Jewish property, then later from the defeat of Nazi Germany itself. Von Bolschwing enlisted as a CIC informer for the Americans in the spring of 1945.

Von Bolschwing joined the Nazi party at the age of twenty-three, and in the years leading up to 1939, he was a leading Nazi intelligence agent in the Middle East, where he worked under cover as an importer in Jerusalem. One of his first brushes with Nazi espionage work, according to captured SS records, was a role in creating a covert agreement between the Nazis and Fieval Polkes, a commander of the militant Zionist organization Haganah, whom von Bolschwing had met through business associates in the Mideast. Under the arrangement the Haganah was permitted to run recruiting and training camps for Jewish youth inside Germany. These young people, as well as certain other Jews driven out of Germany by the Nazis, were encouraged to emigrate to Palestine. Polkes and the Haganah, in return, agreed to provide the SS with intelligence about British affairs in Palestine. Captured German records claim that Polkes believed the increasingly brutal Nazi persecution of the Jews could be turned to Zionist advantage-at least temporarily-by compelling Jewish immigration to Palestine, and that the Haganah commander's sole source of income, moreover, was secret funds from the SS.” [End of Excerpt]

What if there was another reason the CIA created a “safe haven” for Nazis?

Von Bolschwing, it is reasonable to assume, had access to the secret memorandum written on June 21, 1933, from the German Zionist Federation to the Nazis which stated in part: “All German Jewish organizations, it was declared, should be dominated by the Zionist spirit." In 1941, the "Stern Gang," among them Yitzhak Shamir, later Prime Minister of Israel, presented the Nazis with the fundamental Features of the Proposal of the National Military Organization (NMO) in Palestine:

The NMO, which is well-acquainted with the goodwill of the German Reich government and its authorities towards Zionism activity … is of the opinion that: the NMO in Palestine … offers to actively take part in the war on Germany's side. The Iron Wall, London 1984, pp.195-197, The Wall Street Journal December 2, 1976

“Concentration” weren’t the only camps set up by Hitler and the Gestapo. During the 1930s, in cooperation with the German authorities, Zionist groups organized a network of some 40 camps where prospective settlers were trained for their new lives in Palestine. The Transfer Agreement between Hitler’s Germany and international Zionism, implemented in 1933 and abandoned at the beginning of WWII, allowed German Jews to immigrate to Palestine. [3]

As an Eichmann insider in the "Jewish Affairs" office, Von Bolschwing could have had access to other secret memoranda that would explain why the Jew-Hating Nazis were making deals with a commander of the militant Zionist organization Haganah, that allowed Jews to get emigrate to Palestine instead of being gassed in a concentration camp.

[1] A report the Justice Department has been trying to hide for the past four years offers the most detailed account yet of the CIA's efforts to protect known Nazi war criminals in the United States. Eric Lichtblau, http://www.nytimes.com/2010/11/14/us/14nazis.html?_r=1

[2] Doctor Kubovy, from the Tel Aviv "Documentation Center", admitted in 1960 "There is no document signed by Hitler, Himmler or Heydrich which speaks of exterminating the Jews... and in 1981, Walter Laqueur, author of The terrible secret, admitted: "Until now, we have never found Hitler's order to destroy the European Jewish community, and in all probability the order was never given." There is no order because Hitler used the term Entfernung of the Jews – removal or expulsion.

[3] When Lenni Brenner’s, 51 Documents: Zionism Collaboration with the Nazis was published the Pro-Zionist British Jewish central organization wanted Amazon to issue a warning to their customers, "We have urged Amazon to acknowledge on the site that this book is of a dangerous and controversial nature.”