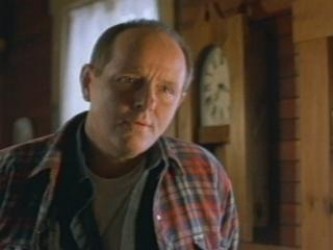 Michael Moriarty: "The Koran can be read like Hitler's Mein Kampf. It demands to rule the entire human race. ... The measures Harry Truman took to end the war with Japan may prove tragically necessary with Islam. ... "

.... From 1990 to 1994, Moriarty starred as Ben Stone on Law & Order. He left the show in 1994, alleging that his departure was a result of his threatening a lawsuit against then-Attorney General Janet Reno, who had cited Law & Order as offensively violent. Moriarty criticized Reno's comment, and claimed that not only did she want to censor shows like Law & Order but also such fare as Murder, She Wrote. He later accused Law & Order executive producer Dick Wolf of not taking his concerns seriously, and claimed that Wolf and other network executives were "caving in" to Reno's "demands" on the issue of TV violence. Moriarty published a full-page advertisement in a Hollywood trade magazine, calling upon fellow artists to stand up with him against attempts to censor TV show content. He subsequently wrote and published The Gift of Stern Angels, his account of this time in his life. (Moriarty, Michael (1997). The Gift of Stern Angels. Exile Editions. ISBN 1-55096-183-7.) ...

Shortly after leaving Law & Order, Moriarty moved to Canada, declaring himself a political exile. He lived for a time in Halifax, Nova Scotia, where he was granted Canadian citizenship, and Toronto, Ontario before settling in Vancouver, British Columbia.

Moriarty lives in British Columbia, where he still acts, writes and plays music, and has become politically active, describing himself as a "centrist."

According to Moriarty's own writings on the subject, he describes himself as a "realist".[6] He has written extensively on his opposition to abortion. For example, in response to a recent interview question as to what the most pressing issue facing the nation was, he said:

We will find abortion and the despotic Roe v. Wade decision revealing itself as a virtual burning of the Declaration of Independence and our "inalienable right to life…when created"… not gestated. So, the pressing issue will, inevitably, be the Third Millennium's version of American slavery: ABORTION.

Moriarty announced his intention to run for President of the United States in 2008 in an interview in the November 2005 issue of Northwest Jazz Profile, but never formally declared his candidacy. He later endorsed fellow former Law & Order actor Fred Thompson for the presidency. He also has been a frequent contributor of numerous political columns to the ESR (Enter Stage Right) online Journal of Conservativism.

A website devoted to Moriarty, MMUUUHP (the "Michael Moriarty Unofficial, Unauthorized, Unsanctioned Home Page"), contains editorials by Moriarty, and these, in addition to posts on ESR, contain scathing denunciations of a wide array of eclectic targets, including Bill Clinton, Thanaticism, abortion, embryonic stem cell research, anti-Catholicism, Sir Arthur Conan Doyle, George W. Bush, both major U.S. political parties, Halliburton, the College of Cardinals, Islam, and most of Catholic theology. Historically, he has been a supporter of the Republican Party. A recent interview contains the following quotes by Moriarty:

“Like the collaborating Vichy government in France under the Nazis, America will surrender to laws and ideologies that contradict the American Constitution and the most simple Human Rights. The Supreme Court took a once individually free nation and corrupted it by the lie of Science that fetuses are, in their first two trimesters, no more than egg yolk. Ultimately, our American Intellectual Supremacists bought the "Population Problem," in the same way Europe fell under the thrall of the so-called "Jewish Problem." ...

Islam, in and of itself... is an Allah-worshipping, Kamikaze Nation, exactly like pre-World War II Imperial Japan. Its Bible, the Koran, can be read like Hitler's Mein Kampf. It demands to rule the entire human race. Islam's only idea of freedom of religion is the freedom of Islam to rule everything. Islamic Political Parties should be no more trusted than neo-Nazi, White Supremacists and David Duke of the Ku Klux Klan have been trusted.

Tragically, the only language Islam, like Hirohito's Japan, understands is violence. The measures Harry Truman took to end the war with Japan may prove tragically necessary with Islam.
”
On the blog Enter Stage Right Moriarty writes that he was a "very bad drunk", but that as of February 1, 2004, he had been sober for three years.
•••••••
Where Does he get these Bizarre Ideas? - Michael Moriarty's "Political Advisor" Jim Kouri 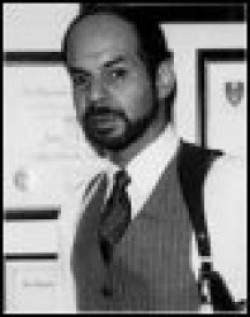 If you want to talk to Moriarty, you go through his "advisor":

"To interview actor Michael Moriarty, call or write to Jim Kouri at copmagazine@ aol.com or (201) 941-5397."
http://mensnewsdaily.com/2008/01/14/actor-michael-moriarty-endorses-fellow-law-order-star-for-president-2/

Jim Kouri, CPP is currently fifth vice-president of the National Association of Chiefs of Police* and he’s a staff writer for the New Media Alliance (thenma.org). In addition, he’s the new editor for the House Conservatives Fund’s weblog. Kouri also serves as political advisor for Emmy and Golden Globe winning actor Michael Moriarty.

Poll: 89 Percent of Muslim Voters Picked Obama
MichNews.com -- "While President-elect Barack Obama's defenders will swear on a stack of Korans that he is not supported by Islamic terrorists, a recent post-election survey shows Obama's tremendous popularity among US Muslims. ... "
http://www.michnews.com/artman/publish/cat_index_58.shtml
Nov 9, 2008
•••
* The National Association of Chiefs of Police is a CIA-affiliated organization.