As the Allies scrambled through Germany at the end of World War II, they had two priorities. First, find V-2 rockets that POW slave labor built at the underground Mittelwerke facility; second, capture the engineers who'd designed them. The quandary was that all the Allies wanted the scientists.

Once the Americans had captured the facility, "then-Colonel Holger N. Toftoy, chief of U.S. Army Ordnance Technical Intelligence in Europe, organized Special Mission V-2 on his own and issued specific orders: Go to the Mittelwerke, get enough V-2 components to make up 100 rounds, and ship them to the United States," "ICBM" said. 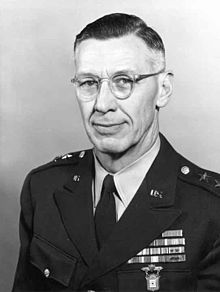 Toftoy, born on Oct. 31, 1902, graduated from the U.S. Military Academy at West Point, class of 1926. The boy from Illinois was in his early 40s when he helped establish "White Sands Proving Ground as the principal Army missile test range," the website goordnance.army.mil said. Arlingtoncemetery.net pointed out that he also turned Redstone Arsenal, in Huntsville, Ala., into "one of the Army's most important technical centers" for rocket and missile development.

Toftoy's expertise was weaponry. He "served three years in Hawaii as a battery commander," then commanded "the mine defenses of the Pacific approaches of the Panama Canal," and in 1938 transferred to the Submarine Mine Depot at Fort Monroe, Hampton, Va. There "he directed the design and development of a new type of controlled submarine mine system widely used in World War II." Such technology, according to Michael Neufeld in "Von Braun: Dreamer of Space/Engineer of War" (Knopf/2008), "helped clear harbors in France." Toftoy could not have known that the field of weaponry, in which he was so well schooled, was about to change.

Until World War II, rockets weren't even a weapon of modern warfare. Germany's Dr. Wernher von Braun developed them because they weren't covered under the World War I Treaty of Versailles, which prohibited a German air force. While a teenager in the mid-1920s, von Braun began building model rockets and dreaming of going to space. As a young man, he carried that passion into increasingly advanced missilery for the army; when World War II erupted, the Air Ministry was unreceptive to rockets, and Adolf Hitler couldn't have cared less.

"Hitler did not want to have anything to do with rockets. He said, 'No, I don't believe that thing will work,'" said Dr. Ernst Stuhlinger, an engineer at Peenemunde where the V-2s were tested, in a 1997 NASA oral history.

"As early as 1939, von Braun had designed a rocket interceptor capable of rising to a height of 35,000 feet in 60 seconds," Dr. Walter Dornberger, Peenemunde's director, wrote in "V-2" (Viking/1955). "I can still see the disdainful smiles on the faces of the Air Ministry officials when our proposal was finally rejected in the autumn of 1941."

The weapon would have devastated Allied bomber formations. Stuhlinger recalled the officials' response: "'Our fighters will look after air defense.'" 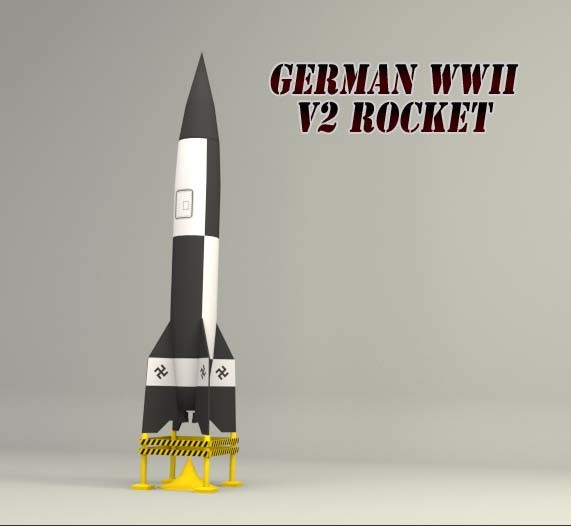 "To say all Germans were behind Hitler and were guilty of all the mess and tragedy is simply not true," Stuhlinger said, "but the individual has no choice when there is war."

While the weapons were devastatingly effective, Germany's overall resources were beaten down. The Army shipped Toftoy to Europe as chief of the Army Ordnance Technical Intelligence teams, to "seek out and evaluate captured enemy ordnance weapons and equipment," arlingtoncemetery.net said. The Allies captured a V-1 when "underground forces in Europe who had witnessed the impact were successfully able to hide the vehicle from searching German forces. The remains were then clandestinely airlifted out of occupied Europe by the British Royal Air Force."

The wreckage ended up at Wright Field in Dayton, Ohio. "In 17 days the (Army Air Force) was able to reverse engineer the airframe and the engine." They called their version the JB-2 Loon.

Germany was struggling when, on Jan. 12, 1945, Albert Speer, the Third Reich's minister of Armaments and War Production, ordered Dornberger to take charge of a panel known as Arbeitstab. Dornberger called it a "so-called working group" of 10 "experts" charged with "breaking Allied air superiority." Dornberger, though, anticipated defeat. He said there wasn't even enough fuel to get their fighter planes aloft. Less than four months after convening Arbeistab, the Allies celebrated VE Day, for Victory in Europe, on May 8. The scramble for German scientists and rockets was on. Toftoy delegated the task of finding both, and his officers tracked down von Braun, Stuhlinger, and the Peenemunde team hiding in a residence in the Harz Mountains.

The "rocketeers" were trying "to move as far away from the Russians as possible," preferring to "surrender to the Americans," Stuhlinger said.

Neufeld said the Soviets courted Dr. Ernst Steinhoff, who'd developed the V-2 guidance, by broadcasting offers of good salaries and living conditions over "radio and loudspeakers across the border."

Engineers and hardware were soon in American custody, a success that changed Toftoy's "whole career," Neufeld said. On May 25, from Paris, Toftoy, in a cable, "indicat(ed) that 'Washington and Paris' were already in discussions about bringing the rocketeers to the United States and authorizing (the removal of) 'the German technicians and their families to an area under U.S. control.'"

"Toftoy knew the U.S. Army was planning to add guided missiles to its weapons programs," arlingtoncemetery.net said. "He first cabled, then went personally to Washington to recommend that the German scientists be brought to the U.S. for interrogation and possible employment."

Steinhoff held out against Russia until July 1945, when Neufeld said "von Braun's group finally got word that the Joint Chiefs of Staff in Washington had approved" immigration.

In September, the first German scientists, von Braun among them, arrived. Three-hundred train cars of V-2 and other hardware parts snaked across America to White Sands Proving Ground, New Mexico. The Cold War-era Space Race was looming, and Toftoy was at the forefront of developing the vehicles that would boost astronauts out of Earth's atmosphere.