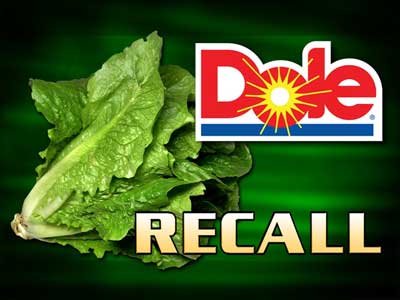 Northern, WI 04/09/2013 (indicesmedia) – Several food-makers have been violating a California State law that requires them to print lead level warnings on baby-food and fruit juice labels. Dole Food Company, Inc (NYSE:DOLE) (current: $10.59, Up by 0.57%) and the Gerber unit owned by Nestle are amongst those facing trial for the offense.

In its 2011 lawsuit, the Environmental Law Foundation said that Gerber, Dole and Del Monte Foods co. manufacture kid’s food which contains lead. These companies have to either reduce the lead levels or put print warnings on the labels. California’s Proposition 65 is a toxins-warning law that states that companies have to follow these labeling norms.

The trial is expected to last for four weeks and the first day testimony was heard by the California Superior Court, Oakland Judge Stephen Brick. An expert who represented the food-makers averred that the analysis conducted by the foundation in reality overestimates the lead exposure in children, by these products. The overestimation has been attributed to the fact that the assumption of the analysis is that these products are consumed every single day, which in effect is not the case, said the principal scientist at Exponent, Barbara Petersen. Exponent is a scientific and engineering consultancy. These products include packaged pears, grape juice, packaged peaches in addition to other baby foods that contain those fruits, sweet potatoes and carrots.

The Sedgwick LLP attorney, Carol Brophy who is experienced in handling Proposition 65 Lawsuits said that the companies, food stores as well as consumers have very high stakes in such cases. If Dole and the other companies lose, it will be much more than baby food that will get affected. Brophy is not involved in this particular case but said that it will necessitate that every food product that is sold in California State will have to carry a lead warning. This is bound to cause a lot of confusion amongst customers as well and mothers are going to be sacred.

The Westlake Village, California-based Dole is the world’s biggest fresh fruit juice manufacturer. Nestle, which is headquartered in Vevey, Switzerland is the biggest food company in the world. KKR & Co. L.P (NYSE:KKR) (Current: $19.33, Down by 0.46%) controls the San Francisco-based Del Monte.

Peeling Back the Truth on Guatemalan Bananas