Psst. Have you heard how Hollywood studios are in cahoots with a company that secretly owns 4chan? And they’re helping prop up a website that surreptitiously traffics in sexually explicit figurines of underage female characters? If not, it may only be a matter of time before this wild tale travels far thanks to an eye-opening court document filed in L.A. earlier in September. The filing comes amid, of all things, a dispute involving Netflix’s Stranger Things. 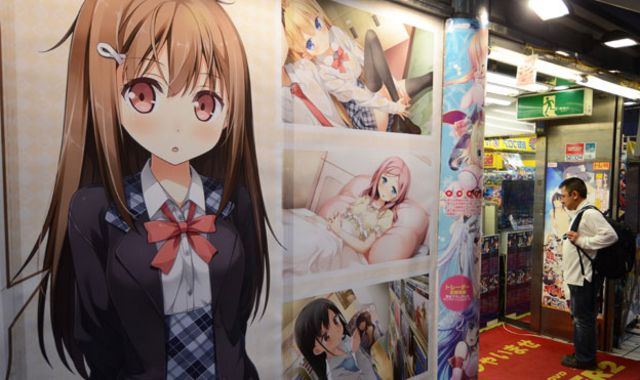 Japan-based Good Smile is the main player here. The company, which grew out of the anime world, manufactures pop culture toys including the popular line of nendoroids and has big contracts with Marvel, DC Comics, Nintendo, Disney and Netflix for licensed products (such as Batman, Sonic the Hedgehog and Winnie the Pooh figures) that are are sold in Target, Walmart and Best Buy, with annual sales said to be about $200 million. Two years ago, Good Smile acquired a small company in California specializing in custom-made fan merchandise. The marriage quickly became a rocky one. After eventually firing the heads of this company, James Kim and Guy Brand, Good Smile sued these individuals and accused them of stealing away a merchandising opportunity related to “Stranger Things: The Drive-Into Experience,” a live offshoot of the Netflix series.

Kim and Brand’s cross-complaint is almost as astonishing as a supernatural show about a secret project from the U.S. Department of Energy.

But first, a brief segue into the world of conspiracies. From the QAnon faithful to anti-vaxxers, we seem to be living in a renaissance for narratives about fraudulent artifice. And, if there’s such thing as an Overton window for what people are willing to believe, surely Hollywood sci-fi and spy movies have conditioned people to extend their imaginations just a bit further about what’s plausible — even the notion of Bill Gates implanting microchips and a pedophile ring being used to trade political favors.

This age of conspiratorial thinking also comes, perhaps not coincidentally, as we witness the growing influence of Big Tech. As some speak loudly about the need to crack the antitrust whip in response to the powerful entities controlling our information economy, there’s now no shortage of news to feed the paranoia.

For example, The Wall Street Journal reported Sept. 13 that Facebook maintains a secret program giving stars, politicians and other high-profile users special exemptions from its rules. A few weeks earlier, the Federal Trade Commission filed an amended complaint recounting a meeting in 2018 between senior executives at Google and Apple over the issue of transactions on mobile phone apps. A note from the tech giants’ meeting stated, “Our vision is that we work as if we are one company.”

For those inclined to believe in shadowy forces plotting against society’s better interests, there’s plenty of fodder for discussion. Brand and Kim in their cross-complaint discuss who might be providing the online spot that’s become the most controversial forum for that discussion. Like a scene out of an Alan Pakula thriller, the two allege they were recruited for a company that had secretly purchased the notorious site 4chan, a social media hub of sorts frequented by white supremacists, QAnon conspiracists and Jan. 6 insurrectionists.

“In October 2017, Brand and Kim visited Good Smile Japan’s headquarters in Japan for the first time,” states the court filing. “During the visit, [Good Smile executive Enna] Hozumi informed them that Good Smile Japan had ‘acquired’ the website 4chan and it was being managed on the third floor of its Tokyo, Japan, headquarters.”

Founded by Christopher Poole in 2003, 4chan evolved from a forum for anime fans to no-holds-barred message boards covering many different topics. It’s now home to a range of fandoms notorious for harboring racists, including neo-Nazis who lionize mass shooters and whose threats have triggered law enforcement investigations throughout the world.

Is it true that one of Hollywood’s top licensing partners owns a breeding ground for the alt-right? Good Smile’s connection to 4chan has never been reported. According to a rep, Good Smile made a passive investment in 4chan but isn’t involved in day-to-day operations. The Hollywood Reporter couldn’t get further clarity about the company’s exact stake.

Brand and Kim make other allegations against the company ranging from tax evasion to fraud upon the U.S. government office administering COVID-19 loans. A statement from Good Smile broadly paints the cross-complaint as “based on demonstrably, knowingly, and provably false and defamatory allegations.”

Perhaps the most startling allegation pertains to something known in the industry as “lolicon,” anime characters whose body proportions closely resemble those of a child. Some of what’s being sold includes nude or near-nude lolicon in sexually provocative positions.

According to the cross-complaint, Warner Bros. at one point called Hozumi because it didn’t want to renew its license for Wonder Woman after director Patty Jenkins discovered sexually explicit figurines on the company’s website. (Warners declined to comment and Jenkins did not respond to a request for comment.) Brand and Kim say they warned their superior that other U.S. licensors, including Disney and Hasbro, might likewise terminate their agreements upon similar discoveries. The licensing deal between Netflix and Good Smile expires at the end of the year and, per a Netflix insider, there are no plans to renew.

The cross-complaint alleges that “rather than addressing these serious concerns or investigating the legal implications, Hozumi instead requested a sales report for the oversexualized, underage figures. … Hozumi then informed Kim and Brand that the company would only remove the lolicon from the website if sales were low.” Ultimately, according to the filing, the company decided to “continue selling the oversexualized figures on the site … as ‘secret items’ using a link from the Good Smile Japan blog. This would ‘hide’ the lolicon from U.S. licensors but still facilitate sales of lolicon in the U.S.”

As jarring as this may sound, there’s nothing clearly illegal about distributing lolicon, nor, for that matter, owning 4chan. (Kim and Brand claim the company had a duty to address these concerns, although it’s hard to believe they didn’t sell their company to Good Smile in 2019 with eyes wide open.)

A Good Smile rep admits Warner Bros. did call but adds that the company still is selling WB products and disputes that it’s trying to hide anything. The rep says sexually explicit products aren’t sold on its U.S. website, only on the Japan site because the country is more culturally accepting of them. There are probably good discussions to be had about what rises to obscenity and how Japanese anime culture meets newfound sensitivities. But that’s for another day.

Here, the point is that Good Smile seemingly recognized it had a reputational issue in its business and allegedly attempted to obscure its activity. Exposing something to those in the know while hiding it from everyone else seems like a recipe for imagination to run amok and conspiracies to form.

And what do Hollywood studios think about their merchandising partner? According to sources, they’re surprised. They do vet licensees before closing deals while also attempting to ensure the integrity of their intellectual property through style guides and such. But every so often, something slips past the radar.

Perhaps they should become a tad more conspiratorial?