Wiki: “Andrew Klavan (born 1954 in New York City) is an American author and screenwriter of “tough-guy” mysteries and psychological thrillers. Two of Klavan’s books have been adapted into motion pictures — True Crime (1999) and Don’t Say A Word (2001). He has been nominated for the Edgar Award four times and has won twice. Playwright and novelist Laurence Klavan is his brother. Identifying himself as a political conservative, Klavan has expressed the view that ‘rightists’ are the victims of discrimination in Hollywood.”

Whose Propaganda?
www.washingtonpost.com
Letter to the Editor | October 19, 2008 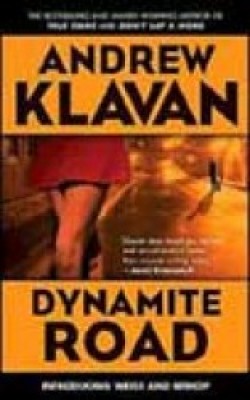 I am disturbed that Mr. Klavan would draw a parallel between conservatives wanting Hollywood recognition and the victims of centuries-old institutionalized racism and sexism. His comparison serves only to trivialize the protracted struggles of African Americans and women.

Mr. Klavan also accused “liberal Hollywood” of censorship and of creating propaganda. But later he wrote, “Making anti-war films while American troops are under fire is not patriotic.” What does he want, then? For Hollywood to stop making these movies (censorship) or for Hollywood to make pro-war movies (right-wing propaganda)? Clearly, Mr. Klavan doesn’t mind if the media have an agenda as long as it’s in line with his own beliefs.

But most troubling was Mr. Klavan’s labeling of critiques of the Iraq war and the U.S. government as “not patriotic.” In fact, to remain strong, democracies need people who are willing to challenge the powers that be.

But this is old news: Most people acknowledge the dangers of blindly supporting authority in the name of the nation and realize that the media’s unquestioning support for our leaders a few years ago is one of the reasons we are stuck in the quagmire of Iraq.

Finally, Mr. Klavan stated that anti-war movies fail at the box office because people don’t care about or don’t agree with the messages they espouse. I suspect the real reason people aren’t flocking to these movies is that the war itself is a failure and people are tired of being reminded of that — just as they are tired of hearing rehashed, inconsequential rants against “liberal Hollywood.”

Why Are We Whispering?
By Andrew Klavan
www.washingtonpost.com
August 9, 2008; Page A15

At a recent writers conference in Southern California, one of my colleagues on a screenwriters panel told the crowd of about 50 people that she hoped Barack Obama would win the presidency. A number of people applauded. When it was my turn to speak, I politely said that I disagreed with her politics and moved on to other topics. There was no applause for me, but several writers approached me afterward. Each dropped his voice to a whisper and, looking around to make sure no one would overhear, said, “Thank you for saying that.”

Which raises a question for all conservatives in the arts: Why are we whispering?

It’s true throughout Hollywood certainly. In filmland business meetings, the executives, producers and talent feel free to wax on about how stupid President Bush is, how evil American foreign policy is, even what awful human beings conservatives are. Hollywood rightists, meanwhile, are reduced to holding secret gatherings to confess their beliefs in sympathetic company.

The results of having a bold artistic left and a cowering artistic right are clear on both the big and small screens. It’s not just the movies attacking the war on terrorism or rehashing Joe McCarthy’s peccadilloes or sanctifying murderous communist thugs such as Che Guevara. Those are mere vanity projects bravely speaking leftism to leftists. Far more pervasive, and damaging to our society, are the off-hand leftist assumptions that underlie a vast majority of mainstream TV shows and films: American might is sinister, soldiers are criminalized by war, Christians are intolerant and hypocritical, housewives are desperate, corporations are evil, the environment is in mortal danger from wicked man and, in general, something is terribly wrong with mainstream society that only the wisdom of radical types can cure.

It’s true that conservative values are sometimes hidden away in the fantasy worlds of films such as “The Lord of the Rings,” “The Chronicles of Narnia” or “Spider-Man 3.” But that only raises the question again: Why are conservatives whispering when the left is shouting?

There are practical answers, to be sure. Personally and professionally, the creative left rejects right-wingers with small-minded savagery. There may not be a blacklist in Hollywood, but there is a graylist that makes it far more difficult for conservatives to get hired and instigate projects. When good films that openly defy the left-wing party line do get made — “The Passion of the Christ,” “Not Without My Daughter,” “Tears of the Sun” — they are often excoriated by powerful lefty critics in reviews that frequently include personal attacks on the filmmakers and stars. (It’s not just movies, either. My latest novel was deemed the work of a “right-wing crackpot” by the Associated Press.) Who can blame artists for not wanting to step out of the foxhole a second time?

But I believe there is a deeper, more troubling reason for conservative reticence. The left has somehow succeeded in convincing the rest of us that there is virtue in a culture of lies, that some truths should not be spoken and that if you speak them you are guilty of racism or sexism or some other kind of bigotry. Right-wingers may disagree philosophically with this sort of political correctness, but I think they may have incorporated some of its twisted values psychologically and walk in fear of seeming “offensive” or “insensitive.”

Thus they sign on to a creative mind-set in which the depiction of reality is considered immoral and distortion becomes an act of political virtue. The threat of Islamo-fascism must never be shown without drawing some moral equivalence with the West (see: “The Kingdom” and “Iron Man”). It must never be suggested that men might be better at some tasks on average or that many women might prefer homemaking to business. Sexual promiscuity and illegitimacy are romantic or funny (à la “Juno”) and not contributing factors to poverty, depression and suicide rates (à la life). And so on.

Whenever I raise these issues in public, someone says, “Well, Hollywood’s all about money. They just make what sells.” That sounds like cynical wisdom, but it’s only half true. Artists want love, praise and respect, which money represents but which can also be found in reviews, awards and good publicity, almost all of which encourage leftist distortions and teach us to respond to plain speaking with outrage.

Conservative artists can’t battle this state of affairs with silence or secrecy. They must create — with courage, openness and honesty. These are the tools of both conservatism and art. With them, we can take the culture back.