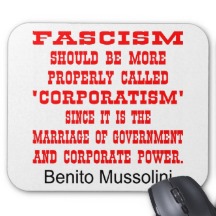 ” … What the American worker desperately needs today is a separation of business from politics, similar to the way the world of politics was separated from the world of religion. … “

Excerpt from the new book by Robert Bridge, “Midnight in the American Empire”

The financial crisis that washed across the globe in 2008 is just the latest economic disaster to hit the American people. The fall of too-big-to-fail banks and companies marked the latest chapter of a tragedy that has been unfolding for years.

Franklin D. Roosevelt once warned that democracy will never be safe if the people tolerate the growth of private power to a point where it becomes stronger than their democratic state itself. If such a scenario arose, Roosevelt said, that would be the very definition of fascism.

Has America, the self-proclaimed land of the free, reached such a point?

With the rise of the lawless transnational corporations, an increasing number of Americans are becoming mere spectators to this winner-take-all economy. At the same time, workers are simply too afraid of risking their positions by demanding democratic representation in their myriad workplaces. Corporations play on the fear factor while enforcing the most egregious labor practices.

Combine this with the vast political powers that corporations have acquired and you have a recipe for a national disaster.

As Francis Fukuyama pointed out, “An American chief executive exercises authoritarian powers of which a politician could only dream,” and is held accountable in his actions only to a board of directors, which enables him to “hire, fire, make mergers or divest divisions at will.” Indeed, the captains of big business are able to act with total impunity, and this has created a veritable reign of fear throughout every sector of the economy.

For the American people, out-of-control corporate power – corporate fascism, if you will – has eroded their standard of living, to say nothing about the standard of democracy.

No matter how the spin doctors twist US labor data over the past forty years, it is nearly impossible to find a silver lining. As the Financial Times summed up the grim reality: “The annual incomes of the bottom 90 percent of US families have been essentially flat since 1973—having risen only by 10 percent in real terms over the past 37 years”—despite the rise in two-income homes. Over the same period, however, the incomes of the top 1 percent have smashed through the roof.

Consider the fantastic growth of billionaires in the United States over a very short time. When Forbes magazine launched its ranking of the nation’s ultra wealthy in 1982, the “price of admission” into this prestigious club was just $75 million of net worth. Today, as Forbes reported, even after adjusting for inflation, “this year’s entry fee ($1.1 billion) is roughly six times what it was 30 years ago.

Here is a look at the residents of the Forbes 400 penthouse, otherwise known as the 1 percent: “The combined net worth of the 2012 class of the 400 richest Americans is $1.7 trillion, up from $1.5 trillion a year ago. The average net worth of a Forbes 400 member is a staggering $4.2 billion, up from $3.8 billion, and the highest ever, as two-thirds of the individuals added to their fortunes in the past year.”

Now compare those figures to 1982, when there were just 13 billionaires while the total worth of the 400 club was just $93 billion. Despite what the super rich wish to believe, this massive hoarding of wealth is working against the American people.

For those who have forgotten what the economic climate inside of the United States was like before the 2008 economic tsunami made landfall, consider the following. The Economist, quoting Julia Isaacs of the Brookings Institute, reported that “between 1974 and 2004 median wages for men in their 30s, adjusted for inflation, fell by 12% from $40,000 to $35,000.”

The Wall Street Journal, calling this middle-class bloodletting “the lost decade,” reported: “The inflation-adjusted income of the median household—smack in the middle of the populace—fell 4.8% between 2000 and 2009, even worse than the 1970s, when median income rose 1.9% despite high unemployment and inflation. Between 2007 and 2009, incomes fell 4.2%.”

The article provided a candid comment by Nicholas Eberstadt, a political economist at the right leaning American Enterprise Institute: “It’s going to be a long, hard slog back to what most Americans think of as normalcy or prosperous times.” That dire prognosis may eventually prove to be overly optimistic since many economists believe the best days of the American economy are gone forever.

The hardest thing to accept about this fantastic reversal of fortune for so many American people is that much of the present pain and suffering was largely avoidable. It would have required self-restraint, political will, and very little sacrifice, but the bleeding of the American middle class was nothing less than a deliberate, premeditated crime.

As the Financial Times revealed, “the share of the US income that goes to workers as wages rather than to investors as profits…has fallen to its lowest level since records began after the Second World War.” The world’s most reputable business newspaper was forced to admit that “something strange and unprecedented is going on” inside the US economy.

Strange, indeed. According to the abovementioned report, the present economic crisis is a wildly different animal from past recessions and depressions. In past crises, “the labour share tends to rise during recessions as companies hold on to workers and sacrifice profits, then falls back in a recovery,” according to FT. “But during the 2008 recession the labour share did the opposite: it fell, and when the recovery began it kept falling.”

Here comes the bloody kicker: “If wages were at their postwar average share of 63 percent, workers would earn an extra $740bn this year, about $5,000 per worker,” the FT article reveals. Labor’s slice of the income pie has decreased to 58 percent, a historic low that still has not hit bottom. This unprecedented disparity in wage distribution explains why the US economy is furiously spinning its wheels, while only the corporations seem to be advancing.

Meanwhile, labor is always one precarious step away from becoming road kill. “The decline in the US labor share, along with a shift of labor income towards higher earners, may be an important part of why the US economic recovery is so sluggish,” the article concludes. “Instead of hoarding labor and cutting prices to grab market share, companies are sacking workers, holding prices and choosing to buy back their own equity rather than make new investments.”

Clearly, the American corporate elite – now fully blessed with the political representation originally designed for We the People – is indulging itself to an all-you-can-eat smorgasbord at the salary trough, and with a void of democratic procedure inside the workplace, nobody is forcing them away from the table.

What the American worker desperately needs today is a separation of business from politics, similar to the way the world of politics was separated from the world of religion. He also needs democratic representation inside of the workplace.

“The mission of democratic statecraft…,” wrote Arthur M. Schlesinger Jr. “is to give society a chance of controlling the energies let loose by science and technology. Democratic leadership is the art of fostering and managing innovation in the service of a free community.”

A person need not be a Marxist to understand a very simple universal truth: Without vibrant representation both in the workplace and at home, the individuals at the top of the corporate pyramid will exploit the people in the eternal quest for greater profit. At that point, with the corporate overlords in bed with our political representatives, and democratic procedure totally absent inside of the corporate fortress, fascist is the only way to define such a brutal system. 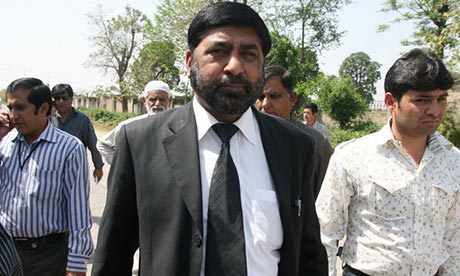