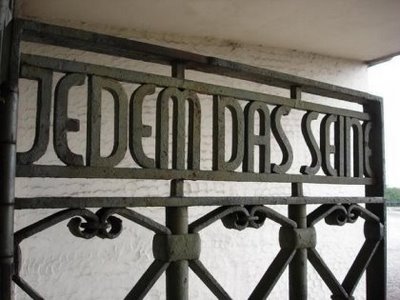 ... Descendants of important investors in Nazi Germany are among America’s wealthiest and most powerful political figures, for example the son and grandchildren of Prescott Bush, who had his company's assets seized in 1942 by President Roosevelt under the Trading with the Enemy Act. More than sixty years later, in Germany, two former slave labourers at Auschwitz filed a civil action for damages against the Bush family. [The Guardian, Saturday 25 September 2004]

From a strictly business point of view, the initial, long-term, and deep investments of prestigious captains of American industry and finance in Nazi Germany made sense for the huge profits that these investment ties made before, during and after the Second World War Hitler that brought about.

Secondly, America’s power elite saw building up Fascist Germany into a strong and successful nation as a bulwark against communism. The hope of the capitalist West, which originally refused Soviet proposals for a united front to oppose the German threat, was that Hitler would expand Eastward against Russia. ...

IG Farben, the Origin of Tabun Nerve Gas & the D-Day that Might Have Been