"... IG Farben went on to build a plant at Auschwitz so massive that it consumed more electricity per day than Berlin. ..."

In February 1941, a top manager of German chemical group IG Farben thought he had found the perfect location for a new synthetic-rubber factory. The site was out of range of Allied bombers, easily reached by rail, and had plenty of water and coal. Most important, there was a ready supply of cheap labor. The site was near a town in occupied Poland called Oswiecim, better known to history as Auschwitz.

IG Farben went on to build a plant at Auschwitz so massive that it consumed more electricity per day than Berlin. It was in effect a privately run death camp, where inmate workers' life expectancy was only a few months. That was hardly the only activity that put IG Farben at the center of the Nazi nightmare. An IG Farben subsidiary produced Zyklon B, the pesticide repurposed by the SS for the gas chambers. And the conglomerate was the main supplier of chemical products essential to the Nazi war machine.

Probably never in history has a major corporation been twisted to such evil ends. Yet what is most disturbing is that, for most of its past, the conglomerate and its predecessor companies embodied many of the qualities we admire in business today. Its managers were inventive and diligent, and its scientists discovered vital medicines, with quite a few earning Nobel prizes. 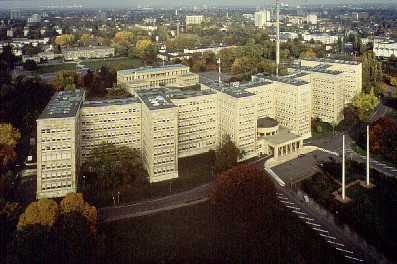 In Hell's Cartel: IG Farben and the Making of Hitler's War Machine, Diarmuid Jeffreys expertly chronicles how this once-proud company descended into the abyss. It's a complex tale spanning a century and featuring a huge cast. Jeffreys, whose previous book, Aspirin: The Remarkable Story of a Wonder Drug, chronicled the history of the painkiller, here does a superb job of managing the material and drawing concise sketches of key figures. At almost 500 pages, this is a brisk read.

IG Farben traced its origins to the efforts of men such as Carl Bosch of BASF Group, who led the effort to mass-produce synthetic ammonia. The work was crucial to solving a worldwide shortage of fertilizer and preventing mass starvation. He and other scientist-managers made Germany the dominant producer of drugs and chemicals in the years before World War I. Bosch was a man of conscience but also deeply patriotic. During World War I he became a national hero after leading a crash effort to develop synthetic nitric acid, essential to producing explosives. Most notoriously, BASF chemist Fritz Haber, who had developed the processes used to make ammonia, came up with the idea of using chlorine gas as a weapon.

That was only the first of the moral compromises that foreshadowed greater horrors. As the war drained manpower from the chemical factories, Bayer (BAY) Chief Executive Friedrich Carl Duisberg lobbied for a novel solution: importing forced labor from occupied Belgium. Germany sent the workers home after vehement international protest, but the precedent was set.

IG Farben came into being in 1925. Bosch convinced Bayer, BASF, Hoechst, and many smaller companies to form a cartel powerful enough to withstand turbulent times. Although Bosch, who became chairman, criticized Adolf Hitler publicly as late as 1939, he was unable or unwilling to prevent more opportunistic members of IG Farben management from joining the Nazi Party, providing financial backing to the regime, and taking an active role in secret war preparations.

IG managers later insisted they knew nothing of Nazi crimes or said they had been coerced. But the Nazi military worked closely with the company: Had IG Farben "been even marginally less compliant, Hitler would have struggled to get his war machine moving," Jeffreys writes. About 35% of a German foot soldier's gear was made of IG Farben materials. Even the keys to Enigma coding machines, the Nazi communications devices famously hacked by the Allies, were made of IG's plastic.

In its final chapters, Hell's Cartel becomes a courtroom drama as Jeffreys chronicles U.S. Army prosecutor Telford Taylor's efforts to convict IG Farben managers of war crimes. Shamefully, right-wing members of the U.S. Congress tried to impede Taylor's work, perhaps attempting to protect constituents in the chemical industry who had cooperated with IG Farben before the war. It's not a pretty history. But it is gripping, full of warnings about the potential of corporations to mutate into criminal enterprises.