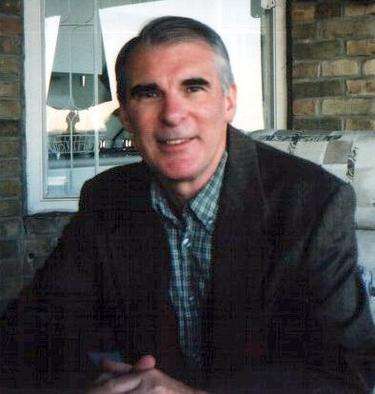 John Philippe Rushton (born December 3, 1943) is a psychology professor at the University of Western Ontario, Canada, most widely known for his work on intelligence and racial differences, particularly his book Race, Evolution and Behavior. His work in this area is highly controversial, and has been criticized by other researchers and civil rights organisations as being poorly researched[1][2][3] and racist in nature.[4][5] He is a Fellow of the American Association for the Advancement of Science, and the American, British, and Canadian Psychological Associations. In 1988, he was made a Fellow of the John Simon Guggenheim Memorial Foundation. He has been head of the Pioneer Fund since 2002.

He has published more than 250 articles and six books, including two on altruism, one on scientific excellence, and co-authored an introductory psychology textbook.[8] Over ten of his papers have appeared in Intelligence, a journal for which Rushton sits on the editorial board. He is a signatory to the opinion piece “Mainstream Science on Intelligence“.[9] [10]

Early in his career, Rushton’s research focused on altruism. He theorized a heritable component in altruism and is the founder of[citation needed] Genetic Similarity Theory, which states that individuals tend to be more altruistic to individuals who are genetically similar to themselves (kin selection), and less altruistic, and sometimes outwardly hostile to individuals who are less genetically similar. Rushton describes “ethnic conflict and rivalry” as “one of the great themes of historical and contemporary society” and suggests that it may have its roots in the evolutionary impact on individuals from groups “giving preferential treatment to genetically similar others.” He says “the makeup of a gene pool [i.e., a human population’s total reservoir of alternative genes] causally affects the probability of any particular ideology being adopted.”

VDARE‘s Steve Sailer refers to it as “Rushton’s Rule of Three” saying that Rushton’s comparisons are more informative than many traditional comparisons because they analyze characteristics across three races instead of two.[11]

Opinions on Rushton and his work

Given notability for topics as controversial as racial and hereditary intelligence, naturally Rushton’s work has been both praised and contested strongly.

Harvard biologist E.O. Wilson (one of the two co-founders of the r/K selection theory):

I think Phil is an honest and capable researcher. The basic reasoning by Rushton is solid evolutionary reasoning; that is, it is logically sound. If he had seen some apparent geographic variation for a non-human species – a species of woozle or boggart hawk, for example – no one would have batted an eye.[12]

Despite the occasional media stereotype of Rushton as some sort of incompetent scientific adventurist, he has throughout most of his career as a psychologist been seen as a highly competent researcher. He has published more than 100 papers, most of them, particularly those dealing with altruism, in highly respectable journals.[13]

Professor Rushton is widely known and respected for the unusual combination of rigour and originality in his work… (and commenting on Rushton’s book Race, Evolution and Behavior) … Few concerned with understanding the problems associated with race can afford to disregard this storehouse of well-integrated information which gives rise to a remarkable synthesis.[14]

Criticism of motivation and funding

Since 2002, Rushton has been the president of the Pioneer Fund. Tax records from 2000 show that his Charles Darwin Research Institute received $473,835 — 73% of that year’s grants.[15] The Southern Poverty Law Center (a civil rights activist organization) characterizes the Pioneer Fund as a hate group.[16][17] Rushton has spoken on eugenics several times at conferences of the American Renaissance magazine, a monthly racialist magazine, in which he has also published a number of general articles.[18]

Geneticist and activist David Suzuki spoke out against Rushton’s racial theories in a live televised debate (1989) at the University of Western Ontario.[19] “There will always be Rushtons in science,” Suzuki said “and we must always be prepared to root them out!”. “Oh, no!” exclaimed Rushton when asked if he himself believed in racial superiority. He went on to explain that “from an evolutionary point of view, superiority can only mean adaptive value–if it even means this. And we’ve got to realize that each of these populations is perfectly, beautifully adapted to their own ancestral environments.”[20].

He has written articles for VDARE, a website that advocates reduced immigration into the United States.[21] Stefan Kühl wrote in his book The Nazi Connection: eugenics, American racism, and German national socialism that Rushton was a part of the revival of public interest in scientific racism in the 1980s.[22]

William H. Tucker, a critic of the hereditarian point of view, states:

Rushton has not only contributed to American Renaissance publications and graced their conferences with his presence but also offered praise and support for the “scholarly” work on racial differences of Henry Garrett, who spent the last two decades of his life opposing the extension of the Constitution to blacks on the basis that the “normal” black resembled a European after frontal lobotomy. Informed of Garrett’s assertion that blacks were not entitled to equality because their “ancestors were … savages in an African jungle,” Rushton dismissed the observation as quoted “selectively from Garrett’s writing”, finding nothing opprobrious in such sentiments because the leader of the scientific opposition to civil rights had made other statements about black inferiority that were, according to Rushton, “quite objective in tone and backed by standard social science evidence.” Quite apart from the questionable logic in defending a blatant call to deprive citizens of their rights by citing Garrett’s less offensive writing—as if it were evidence of Ted Bundy‘s innocence that there were some women he had met and not killed—there was no sense on Rushton’s part that all of Garrett’s assertions, whether or not “objective,” were utterly irrelevant to constitutional guarantees, which are not predicated on scientific demonstrations of intellectual equality.[23]

Rushton wrote an opinion piece for the Ottawa Citizen which blamed the destruction of “Toronto the Good” on its black inhabitants.[24] The Southern Poverty Law Center called the piece “yet another attack” by Rushton and it criticized those who published his work and that of other “race scientists”.[4]

Rushton spoke at the Preserving Western Civilization conference in Baltimore in February 2009, organized by Michael H. Hart to address the need to defend “America’s Judeo-Christian heritage and European identity” from immigrants, Muslims, and African Americans.[25][26] In his speech, Rushton contended that Islam was not just a cultural, but also a genetic problem. According to Rushton, the Muslim problem is not just a condition of their particular belief system. Instead, he argued that Muslims have an aggressive personality with relatively closed, simple minds, and are less impervious to reason than one might expect.[27] The Anti-Defamation League describe the conference as being attended by “racist academics, conservative pundits and anti-immigrant activists”.[28]

There has been criticism of Rushton’s work in the scholarly literature, to which Rushton has generally responded, often in the same journal.

Steven Cronshaw and colleagues wrote in a paper for the International Journal of Selection and Assessment in 2006 that psychologists need to critically examine the science employed in Rushton’s race-realist research. Through a re-analysis of the validity criteria for test bias using data reported in the Rushton et al. paper, they assert that the testing methods were in fact biased against Black Africans. They disagree with other aspects of Rushton’s methodology, such as the use of non-equivalent groups in test samples.[29] Rushton replied in the next issue of the journal, explaining why his results were valid, and why the criticisms were incorrect.[30]

Lisa Suzuki and Joshua Aronson of New York University wrote in 2005 that Rushton has ignored evidence that fails to support his position that IQ test score gaps represent a genetic racial hierarchy. He has not changed his position on this matter for 30 years.[31] Rushton replied in the same issue of the journal.[32]

After Rushton had mailed a booklet to psychology, sociology, and anthropology professors across North America, Hermann Helmuth, a professor of anthropology at Trent University, said: “It is in a way personal and political propaganda. There is no basis to his scientific research.” Rushton responded, “It’s not racist; it’s a matter of science and recognizing variation in all groups of people.”[33]

Zack Cernovsky, in the Journal of Black Studies, claims “some of Rushton’s references to scientific literature with respects to racial differences in sexual characteristics turned out to be references to a nonscientific semipornographic book and to an article in the Penthouse magazine’s Forum.”[34]

Articles in the Canadian press based on interviews with Rushton’s first-year psychology students reported that Rushton had surveyed students in 1988 by asking “such questions as how large their penises are, how many sex partners they have had, and how far they can ejaculate.”[35] First-year psychology students at UWO are required “to participate in approved surveys as a condition of their studies. If they choose not to, they must write five research papers. Also, many students feel subtle pressure to participate in order not to offend professors who may later be grading their work. However, if a study is not approved, these requirements do not apply at all.”[35] For not telling them they had the option to not participate without incurring additional work, Rushton was barred by the university where he is tenured from using students as research subjects for two years.[35]

Also in 1988, Rushton conducted a survey at the Eaton Centre mall in Toronto where 50 whites, 50 blacks, and 50 Asians were paid to answer questions about their sexual habits. For not receiving permission of the university committee where he is employed, the administration at the University of Western Ontario reprimanded Rushton, calling his transgression “a serious breach of scholarly procedure,” said University President, George Pederson.[35]

Wikiquote has a collection of quotations related to: J. Philippe Rushton