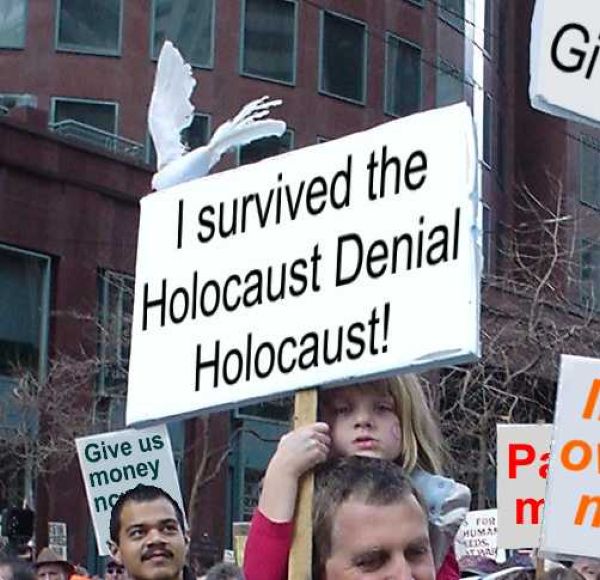 A new study by Dr. Chavi Dreyfuss Ben-Sasson analyzes the experiences of Polish Jewry as they dealt, or didn’t deal, with their neighbors and friends who suddenly became enemies and Nazi collaborators.

The study appeared several months ago in a book entitled, We are Polish Jewry? The book researches the relations between Jews and Poles during the Holocaust – relations that have been termed the “most complex and charged” of the entire Holocaust period.

Speaking with Arutz Sheva’s Hebrew newsmagazine on Holocaust Remembrance Day, Dreyfuss said that the picture that arises clearly is one of an “ongoing attempt to prettify the reality in the early war years and try to see the positive sides of Polish society. When [the Jews] encountered grave incidents, they termed them ‘marginal’ and ‘not representative’ of Polish society at large.”

The study is based on documents, letters and other written material, “from which the same consistent picture emerges,” she said. “It is hard to depend on oral testimony, because people don’t quite remember what they thought then. That is why I relied solely on written documentation.”

Poland was overrun and conquered by Nazi German in September 1939, and the above picture was accurate for about three years. “But in 1942,” Dreyfuss said, “there was a turnabout in the way Jews saw things. Their picture of Poland and Poles collapsed. There was great disenchantment and bitterness. The Jews were apparently then exposed to what was really going on, to the dimensions of the mass murder and the reality of total liquidation. Until then, they thought that if the worst happens, the Poles would not cooperate with the Nazis, but it was proven to them otherwise. From then on, people began to say things like, ‘the Poles are worse than the Nazis.’”

Dr. Dreyfuss feels that the approach taken by German Jewry, which also chose to misinterpret, at first, the evil unfolding in front of their eyes, was very different than that of Polish Jewry. “German Jewry was smaller, because many of them had left at the beginning of the war; those few who remained saw themselves as an inseparable part of Germany – and suddenly Germany turns its back on them. This was truly difficult for them to absorb. But Polish Jewry underwent a totally different process. They were involved in the Polish society, but suddenly an outsider came on the scene and told them, ‘You’re not part of this; you’re not even human beings.’ … In addition, the Polish Jews were placed into ghettos, while German Jews still lived among the Germans until October 1941; the Jews there were able to see how the German society was becoming more Nazi, while the Poles didn’t see what was happening.”

How critical was Polish collaboration?

Asked her opinion on the thesis that the Nazis could not have accomplished the destruction of European Jewry without help from Poles, Ukrainians, and the like, Dr. Dreyfuss said that no one answer could be provided. “There were places where the Germans managed very well on their own, and there were others where the help from the natives was critical.” She noted that most of the Righteous Gentiles – those who helped save Jews in the midst of the Holocaust – were Poles. “This can be attributed to the fact that most of the Jews were in Poland, and the death camps were built there, etc. But they are definitely a ray of light on the horizon. There were even some who were 'good' anti-Semites before and after the war, and yet saved Jews during the war.” (IsraelNationalNews.com)