The Druggist of Auschwitz: A Documentary Novel by Dieter Schlesak (Book Review) - The Constantine Report
0 SHARES

The Druggist of Auschwitz: A Documentary Novel by Dieter Schlesak (Book Review)

" ... While Salmen is fictional, the vast majority of  Schlesak's book is not.  It takes a unique approach to literary nonfiction. The  vast majority of the book consists of excerpts from actual trial transcripts and  interviews.  Adam, "the last Jew of Schäßburg," Romania, serves as a  somewhat ubiquitous witness, personifying various details. As in the original  German edition, his and other fictional narration appear in italic while roman  type is used for material taken from the second Auschwitz trials in Frankfurt from 1963 to 1965 and  interviews. ... " 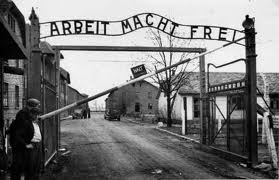 The human capacity to endure suffering has a diabolical counterpart — the  human capacity to inflict suffering.  Unfortunately, history shows they can be  on extreme display together.  And the extent to which we can seek to justify the  latter is always stunning.

Attempting to grasp what happens when these counterparts converge can boggle  the mind.  "How can you talk about things that are impossible, which absolutely  SHOULD NOT exist, which are not to be understood and not to be believed? Nightmares that were LIVED," asks Adam Salmen, a fictional Auschwitz  concentration camp inmate in Dieter Schlesak's The Druggist of Auschwitz: A Documentary Novel. And what Salmen and his fellow inmates faced shocks the world decades later.  Children grabbed  by their legs and smashed into walls.  Infants catapulted alive into trenches in  which dozens of corpses have been set afire.  Mussulmen, inmates so  emaciated and starved they are a sort of an "undead creature, ... a human being  past tense."

While Salmen is fictional, the vast majority of  Schlesak's book is not.  It takes a unique approach to literary nonfiction.  The  vast majority of the book consists of excerpts from actual trial transcripts and  interviews.  Adam, "the last Jew of Schäßburg," Romania, serves as a  somewhat ubiquitous witness, personifying various details.  As in the original  German edition, his and other fictional narration appear in italic while roman  type is used for material taken from the second Auschwitz trials in Frankfurt from 1963 to 1965 and  interviews.

Adam is a member of the Sonderkommando, prisoners forced to dispose  of the mountains of corpses, as well as an inmate resistance group.  But Adam is  not the real focus of The Druggist of Auschwitz.  Instead, the book is  built upon the 1944 deportations of thousands upon thousands of Romanian and  Hungarian Jews to Auschwitz and Capesius, a drug salesman from Transylvania  before the war.  Once Romania joined the Axis, ethnic Germans in the Romanian  army like Capesius were transferred to the Waffen-SS.  Capesius eventually became the camp pharmacist  at Asuchwitz and was present when his fellow countrymen arrived at the camp.   These focal points allow Schlesak to provide the perspective of both the  persecutors and the persecuted.

Many of the details of what occurred at the camp are,  as would be expected, appalling.  In addition to storing drugs and some of the  Zyklon B used in the gas chambers, Capesius' workplace contained trunks with  thousands of gold teeth pulled from victims, many with bits of flesh still  attached.  There was widespread belief that his post-war wealth stemmed from his  access to these teeth.  Yet what is perhaps most shocking is the capacity  Capesius and others have to feel no guilt or blame for what transpired.  Dozens  of witnesses testified that during the Hungarian transports, Capesius was among  the SS officers involved in the "selection process" on the loading ramps,  directing people either toward the labor camp or the gas chambers.  Both at  trial and later, Capesius vehemently denies this, just as he denies having any  role in handling the Zyklon B.  For him, the trials are simply about saving his  own life.  The suffering, the victims, the inhumanity are lost, secondary  details in a miasma of dates, data and denial.

Capesius is far from alone in possessing that inability to feel guilt or be  bothered by his conscience.  And this goes far beyond the claim that "I was just  following orders."  Thus, some involved in the selection process would claim  they actually "saved" the Jews they pointed toward the labor camp instead of the  crematoria.  Auschwitz also was where Dr. Josef Mengele and others performed  experiments on prisoners.  Yet within weeks of the end of the war, the chief of  the Auschwitz doctors wrote that "we can stand before God and man with the  clearest consciences. ... What crime have I committed?  I really do not  know."

Translated by John Hargraves, The Druggist of Auschwitz was first  published in German in 2006.  It made its initial U.S. appearance this year and  is now out in a paperback edition. It can feel a bit choppy, jumping in time and  location and occasionally more meandering than linear.  This is magnified by at  times almost abrupt transitions from trial transcripts to Schlesak's interviews  to his own observations.  Although initially a bit distracting, the reader will  adapt to the use of italic and roman text in the narration.  In fact, there are  a couple literary nonfiction books over the last year or so where I wish the  author had been required to distinguish between fact and invention.

Ultimately, these flaws are inconsequential in the context  of the work and  what it reveals about the human ability to absolve one's conscience or oneself. In fact, Adam observes, that may be almost as bad as the crimes themselves — "it  was precisely this ability that made Auschwitz possible in the first place!"

The Noble and the Base: Poland and the Holocaust