Also see: Lockerbie Families In US And UK Clash Over ‘Disgraceful’ Campaign To Have Al-Megrahi Cleared, (HuffPo)

Inconvenient Truths (London Review of Books): “… At least four US intelligence officers, including the CIA’s deputy station chief in Beirut, were on the Flight 103 passenger list. In the days following the bombing, CIA agents scoured the Scottish countryside, some reportedly dressed in Pan Am overalls. Mary Boylan, then a constable with Lothian and Borders police, has said that senior police officers told her not to make an official record of the CIA badge she recovered from the wreckage, asking her instead to hand it over to a senior colleague. Her testimony, too, is now in the hands of the SCCRC. Jim Wilson, a farmer from the village of Tundergarth, reported shortly after the bombing that he had found in his field a suitcase packed with a powdery substance that looked ‘like drugs’. He last saw the suitcase when he handed it over to the police, he said; he was never asked about it again. …”

A HIGH Court judge has been asked whether the families of some of the victims of the 1988 Lockerbie bombing can launch an appeal on behalf of the only man convicted of the atrocity.

A petition was lodged last month by the Scottish Criminal Cases Review Commission (SCCRC) to ask the courts to make a ruling on whether legal proceedings can continue without the involvement of the family of Libyan Abdelbaset al-Megrahi.

Megrahi, who died protesting his innocence in his home country in 2012, remains the only person convicted for the bombing of Pan Am flight 103 over the south of Scotland on 21 December 1988. A total of 270 people were killed.

The SCCRC is considering a joint application from members of Megrahi’s family and the Justice for Megrahi campaign group, which includes relatives of British victims of the bombing, to review the conviction.

Aamer Anwar, solicitor for the families, said yesterday: “It is the first time in the UK, as far as we can see, where families of the deceased victims have come together with the family of the deceased accused to pursue an appeal.” The SCCRC says that despite repeated requests, members of Megrahi’s family have failed to provide “appropriate evidence” supporting their involvement in the application.

It has concluded that the ­application is being “actively supported” only by the members of the victims’ families.

While previous court decisions have meant only the executor of a dead person’s estate or their next of kin could proceed with such a posthumous application, the SCCRC wants to determine if a member of a victim’s family – such as Dr Jim Swire, who lost daughter Flora in the bombing – might be classed as a “person with a legitimate interest to pursue an appeal” if the case goes back to the High Court.

Dr Swire and Mr Anwar were among those at court in Edinburgh yesterday for a hearing in chambers before Lady Dorrian.

Speaking after the hearing, Mr Anwar said: “We would submit that the Scottish Criminal Case Review Commission are wrong and that the Megrahis continue to instruct the application. Communication is hampered by the extremely dangerous situation in Libya, which was also referred to by the Lord Advocate as a reason for his lack of any progress in the Lockerbie investigation.

“As for the victims’ rights to pursue an appeal, we submit that there is a fundamental duty on the state to protect the rights of the victims. The British relatives should not have to continue with unyielding confrontations with the police and the Crown Office just simply to get the truth.

“The relatives of the victims have as much right as the Megrahis to make an application for the truth to be heard.”

Dr Swire said: “We want the truth. If I haven’t lost hope in 26 years, I’m not going to lose hope today.”

A procedural hearing for the petition has been scheduled for 27 March.

There are numerous conspiracy theories over responsibility for the destruction of Pan Am Flight 103, en route from Frankfurt to Detroit. Everyone on board died when the bomb detonated. The wreckage came down on the Dumfries and Galloway town of Lockerbie, killing 11 more people on the ground. 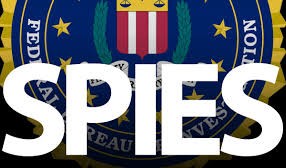