This year marks the 20th anniversary of Stormfront, the home of white supremacy on the World Wide Web. On that occasion, I decided to visit the site and try to understand what gave this group 20 years of staying power and almost 300,000 members.

People who have heard of Stormfront immediately understand that the members don’t like African-Americans or Hispanics or Jews. Turns out they don’t like Indians from India, either, and are highly offended when told that “Aryan” peoples came from that part of the world. Needless to say, they reject the mitochondrial DNA evidence that all of humanity came out of Africa.

So, I wondered, what about American Indians? The site was originally neo-Nazi, and Hitler was pretty clear about our sub-humanity. But maybe when they stopped putting swastikas on the site in 2008, they eased up on First Americans?

Well, no. The most commonly expressed opinion on the site appeared to be that Will Rogers was wrong when he said, speaking of the Mayflower, that we “met the boat.” The Stormfront crowd is of the opinion that Aryan supermen got to the Americas before Indians did.

It did not take much surfing on Stormfront to understand my status on that seamy side of the Internet. Within minutes, I had to quiet the urge to spray my monitor and keyboard with disinfectant. Here are some snippets of real conversations posted by real people on Stormfront. The italics and capital letters were in the originals.

“[I]t is obvious that the North American Indians have a primitve [sic] nature. They didn't even know the agriculture when the Europeans arrived (because of this, and not because of any genocide, their population in North America is and has always been reduced).”

“They lived the way they lived because they did not have the smarts to live any other way. (And they would run an entire herd of buffalo off a cliff just to get a couple to eat.) We have absolutely nothing in common with this kind of species. They are outside our orbit.”

“They do love the firewater-- lazy shiftless DRUNKS for the most part.”

“Portraying the tribes of wagon burners as new age Eagle Scouts with a bent for ecology is historical BS.”

“Would i associate with them? Not by choice, but id rather live next door to an Indian than a Negro.”

I suppose that raises the question whether we would want to associate with them? Just in case somebody does, Europeans have a practice of naming anniversaries by the gift you will give if you are conventional. The 20th anniversary is china (traditional) or platinum (modern) for anybody who wants to send a gift to Stormfront.

It’s almost tempting to gift them for making ridicule so easy to use on one of the earliest and certainly the most comical purveyor of racial fantasy. If these bozos did not use live ammunition and occasionally set some disturbed person on a course of mass murder, they would make a great reality TV series.

Stormfront was founded by Stephen Donald Black, whose life story involved playing supporting roles for many of the professional racists of his time until he landed a leading role in Stormfront. He also botched one attempt after another to boost “the white race” to world domination, proving him to be nothing if not ambitious. Or maybe just nothing.

Don Black was into his peculiar brand of politics at a tender age. He managed to get all political literature banned from his Georgia high school by passing out White Power and Thunderbolt, the latter being the organ of the National States’ Rights Party, whose chairman, J.B. Stoner, would go on to serve three years in prison for bombing the Bethel Baptist Church in Birmingham, Alabama. 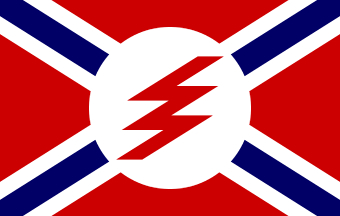 Between his junior and senior years, Black traveled to Savannah to work on Stoner’s campaign for governor, the same election where Jimmy Carter prevailed over his liberal opponent by posing as a racist and then denounced segregation in his first major policy speech, becoming an avatar of the “New South” and paving the way for a presidential bid.

Then 16 years old, Black was asked by a leader of the National Socialist White People’s Party (formerly the American Nazi Party) to purloin the membership list from Stoner’s organization. Black tried, but was caught by another Stoner volunteer, Jerry Ray, the brother of MLK’s assassin, and shot in the chest.

Ray was acquitted of the shooting when he claimed self-defense, and Black recovered his physical health. His mental health was already long gone, and he set out to associate with another young racist who would become notorious, David Duke.

Duke became infamous when he breathed life into a moribund KKK by adding a K to make the Knights of the Ku Klux Klan. Black joined the KKKK in 1975 and carried the title of Grand Dragon until Duke bailed out in one of the many turf disputes on the radical right, at which time Black succeeded Duke as Imperial Wizard.

Here we had two grown men with college degrees (Duke from LSU; Black from the University of Alabama at Tuscaloosa) parading around with pillowcases on their heads and bemoaning the outcome of World War II. Does it get more ridiculous?

In 1979, Black ran for mayor of Birmingham on a white supremacy platform, garnering 2.5 percent of the vote.

In 1981, Black joined up with a band of self-styled mercenaries with no military expertise in Operation Red Dog, a plan to invade and conquer Dominica, a tiny Caribbean island between Guadeloupe and Martinique, for the purpose of acquiring concessions to serve tourists. Casinos and hotels and bars were to be their mercenary pay for reinstalling Patrick John, who had lost a race for reelection as Prime Minister. The FBI busted the Red Dogs before they cleared the port of New Orleans, an outcome the mercenaries denounced as abandonment by their country, because they claimed John was anti-Communist. For Operation Red Dog, Black pulled three years in the Club Fed for violating the Neutrality Act.

Some people turn their lives around in prison, and, in a manner of speaking, Black did too. He learned computer code. When released, he took over an online bulletin board that David Duke had started in his futile campaign for U.S. Senator from Louisiana.

In 1990, Black ran for U.S. Senator from Alabama as a Populist. The Democrat won with 60.6 percent. The GOP candidate pulled 39.4 percent. Since that equals 100 percent, Black apparently did not crack one percent.

In Black’s hands, the little semi-private bulletin board went public in 1994 and quickly became the first successful website devoted to white supremacy. Later, he adopted the name Stormfront and the slogan “White Pride World Wide.”

In 1999, Black bought the domain “martinlutherking.org” to launch attacks on MLK.

In 2000, Black and Stormfront were the subjects of an HBO documentary, Hate.com. The same year, Stormfront member Richard Scott Baumhammers killed a 63-year-old Jewish woman, shot the windows out of a synagogue, and painted swastikas on the walls. He then went hunting for non-whites and killed six.

In 2008, Stormfront attempted to clean up its act somewhat by banning Nazi symbols and the N-word. However, it retains the lengthy and adoring “Adolf Hitler Tribute” thread.

In 2013, the man Black described as the first person he met in the white nationalist movement was executed for the murders of eight of the 20 people authorities believe he killed because they were non-white or Jewish. He went by two names, but I prefer to not perpetuate his hateful legacy by listing either of them.

That year must have been hard for Don Black. After his white nationalist mentor was executed, his son Derek sent an email to the Southern Poverty Law Center renouncing white nationalism. It’s hard to overstate the betrayal he must have felt, since the SPLC, formerly the nemesis of the KKK, now plays the same role to Stormfront.

I did not, for as long as I could hold my breath to remain in the racist stench, observe any specific threats on the site that cross the legal line. However, I did not visit any of the threads that require registration or, needless to say, the one reserved for people who send money, the “Sustaining Members.”

The users I observed just proceed with the understanding that they are on the frontlines of a violent race war and white people are, worldwide, an oppressed minority who must arm themselves. Stormfront asserts on their homepage, “We are the voice of the new, embattled White minority!”

They assert themselves to be “racial realists and idealists” and decry being “demonized as racists.” A thread titled, “Stop White Genocide” says it all. It’s not about genocide perpetrated by whites but rather asserts that they are threatened by it here and now.

These losers and their pathetic fantasies would be nothing but a public mental health issue except for all the live ammunition they have on hand.

Stormfront does have one positive aspect: it serves the public interest by enabling a kind of informal census of disturbed and armed people. That census tells us they have 298,635 members and 15 foreign boards in more than 15 languages. First Nations readers will note that Canada has its own board. The other major settler nations represented are Australia and South Africa.

In South Africa, of course, white people are a minority that ruled over the black majority with ruthless violence from 1948 to 1994. Native Africans came to power and drafted a new Constitution with robust civil liberties protections that far exceed the U.S. Bill of Rights.

Lots of disturbed individuals with only a loose grasp of history and a tenuous tether to sanity have staked out turf on the World Wide Web, where Stormfront has for 20 years now provided a place for racist losers to comfort each other, and a place for sane people to be reminded that a right to keep and bear arms carries a steep price in a nation underserved by mental health services.