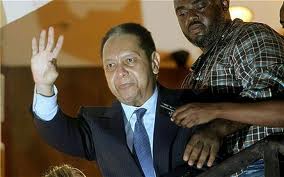 A lawyer for Human Rights Watch says there is enough evidence to charge Duvalier with abuses from the 1980s. Reed Brody said records show Duvalier was at least aware of torture and killings by his forces.

A Haitian judge launched an investigation of Duvalier soon after his surprise return in January. But the case has appeared to stall. The former dictator is staying in a villa while the judge decides whether he can still be charged. His lawyers say the statute of limitations has run out.

Duvalier was driven from the country in a 1986 popular uprising against a government widely considered corrupt and brutal.