GUATEMALA  (IPS) - A high-level commission has been set up to look into appalling medical experiments carried out by U.S. researchers on hundreds of Guatemalans in the 1940s, and the government of this Central American country is debating alternative ways for the United States to make reparations.

"These acts should be condemned and the case brought to trial," Amílcar Pop, an indigenous Guatemalan lawyer, told IPS. "We need to repudiate what happened and condemn the attitudes that made it possible. Humanity has evolved and these actions cannot be tolerated under any circumstances. What the United States did was a crime against humanity."

In an Oct. 1 statement, the U.S. government acknowledged that between 1946 and 1948, U.S. medical researchers deliberately infected at least 696 Guatemalans with sexually transmitted infections (STI) without information or consent, and formally apologized.

The news triggered a public outcry, with indignant Guatemalans rejecting the U.S. government's apologies as insufficient, and demanding justice.

The Guatemalan investigating commission is made up of Vice President Rafael Espada and representatives of the ministries of health, interior, defence and foreign relations, as well as members of the Guatemalan College of Physicians and Surgeons.

Pop said the work of the commission will be of prime importance in seeking legal and moral condemnation of those responsible for the experimentation.

Researcher Susan Reverby of Wellesley College in the state of Massachusetts revealed that U.S. medical doctor John Cutler carried out human experiments in Guatemala, mainly among soldiers, prison inmates and mental patients, whom he infected with syphilis, gonorrhoea and other STIs, purportedly to test the effectiveness of penicillin.

Paradoxically, at the so-called "Nazi Doctors' Trials" in Nuremberg, Germany in 1945 and 1946, the United States tried, convicted and sentenced a score of Nazi doctors for performing macabre experiments on thousands of Jews during World War II. 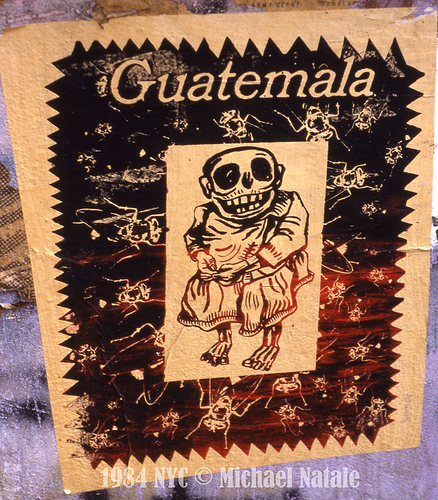 The aim of Cutler's research, which had the approval of the U.S. Public Health Service during the administration of President Harry Truman (1945-1953), was to develop preventive treatments and improve diagnostic tests for STIs. But according to Reverby, it never produced any useful information. Around one third of those who were infected never received adequate treatment.

In fact, a recent report on the case by the U.S. Department of Health and Human Resources concluded that 71 people died after being infected with syphilis, although no causal relationship is inferred in the report.

Pop said the quest for reparations and economic support "is the typical attitude taken by poor countries, although the collective dignity of our people should go further than that. However, there is no reason for bilateral relations between the United States and Guatemala to be affected."

Others believe that reparations are of the utmost importance to the country.

Víctor Manuel Gutiérrez, chair of the parliamentary Commission on Health and Social Assistance, told IPS the United States could help the country by granting Temporary Protected Status (TPS) to thousands of Guatemalans who are living in the U.S. illegally.

"The United States should make a goodwill gesture of some kind, and provide reparations or some other benefit for Guatemalans who work in that country. It would be a good option for them and for our country," he said.

Congressman Gutiérrez announced that he would ask the Guatemalan government to allow members of the commission he chairs to join the commission investigating the experiments, because "this was an invasion of our national dignity."

For the investigation, President Colom has asked the United States for all the documents related to the case.

"We have officially requested all the information, but it is still being held by the university where the records were discovered," Colom said Oct. 6, calling the experiments "a crime against humanity."

Carlos Mejía, head of the Guatemalan College of Physicians and a member of the investigating commission, said the experiments were similar to those perpetrated by the Nazis during WWII.

The information available in Guatemala and the United States about Cutler's research with human subjects will be analysed to determine what was done, and by whom.

Meanwhile, the office of the Human Rights Ombudsman paid for a national press advertisement Oct. 6, calling on survivors of the experiments, or their relatives, to come to the office for legal support to initiate claims for reparations.

Former foreign minister Gabriel Orellana told IPS that before legal action is taken against the U.S. government and reparations are demanded, the role of the Guatemalan authorities at the time should be clarified. The president of the country during the period in question was Juan José Arévalo Bermejo (1945-1951).

"We are assuming that what took place was an abuse, but we do not know whether it had the blessing of the Guatemalan government," Orellana said.

"Suppose the Guatemalan government gave its consent for the procedures, what legitimacy would any claim of ours have?" he said.

Orellana, a lawyer, found it "suspect" that neither the office of the Human Rights Ombudsman nor the Attorney General's Office are represented on the investigating commission, "which detracts from the combativeness with which the cause can be pressed," he concluded.