Mayor of Guatemalan town has made 'Jew registry,' ordered two Jewish families to leave. 'Their customs aren't like ours,' he insists.

As an Anti-Defamation League (ADL) poll revealed earlier this month demonstrated, anti-Semitism is a worldwide phenomenon. And while a focus on anti-Semitism has cropped up in Europe and in the Middle East, at least one group of Jews in Guatemala were brave enough to speak of their own plight in the South American press.

Over thirty Jews are being expelled from San Juan La Laguna, a small Guatemalan town - all at the express request of the locals.

"We wanted a clean, quiet, peaceful and friendly place for our children to grow into adults," Misael Santos, a convert to Judaism from San Juan La Laguna, told Prensa Libre earlier this week. However, that is not what Santos found; for about six months, the community has been subject to ongoing verbal and physical abuse - the result of a petition for the small Jewish community to be evicted.

Fear of the unknown 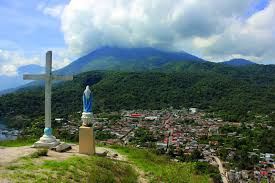 Santos and one other Jewish family moved to the small town from Mexico city about six years ago, he said. But trouble really began after he began a synagogue, drawing Israelis and Jewish tourists alike to the Guatemalan heartland.

"About seven months ago, visitors came to celebrate the Jewish New Year here," he stated. "A Mexican family stayed for five months. We're only two families in all, but then a public official began showing signs of discontent with the people here."

"We were only two families, but he wanted us to leave," he added. "We were doing nothing wrong - just exercising our freedom of religion."

Since then, word has spread about the Jews in San Juan La Laguna, beginning a torrent of abuse.

"I put myself in their place and perhaps they are right to feel scared because before we were two families and now there are ten. And seeing us with our traditional dress, which is black, out of devotion and humility, in the streets, may cause fear,” he admitted.

"But someone must be directing this, because someone printed out fliers with false information [about Judaism and Jews] and put it under everyone's doors."

After concerns about the tourists rose, the mayor ordered a Jewish registry to be drawn up listing the town's Jewish residents, Santos stated. The move was allegedly to keep note of tourism in the small town, but the Jewish community became wary. The abuse has turned from incitement to anti-Semitic violence in a matter of weeks.

"They uploaded photos of [Adolf] Hitler to a website about the Jews in town, saying they will put us in cremation ovens," he said. "Fifteen days ago, a group of teenagers who has read the website came up to us and began throwing stones at us."

A policeman later joined the attack, he said, along with several adults. Santos and others eventually managed to call the National Civil Police on the attackers - but he said it only made things worse.

"The next day, the website was filled with anti-Semitic slurs and horrible pictures," he said. "Several of us wanted to flee that night, because we heard that there was talk of preparing a lynching."

Less than 24 hours later, several children began stoning a group of women in the Jewish community, shouting "You killed Jesus!" Then one of them through an amateur explosive device.

Community representatives immediately demanded an urgent meeting with the mayor after the incidents - but the situation only worsened.

“They asked us to get out of town because they said that we kidnap children, and then added to the fire by saying the town would be invaded by Jews,” he said. “At the meeting, a lady presented 300 alleged signatures, asking us to leave the village,” he added.

"This is discrimination," Santos lamented. "The town is dissatisfied with our presence here."

"They say that the problem is the way we dress, but the parish priest is dressed like us [in black and white]," he continued. "They say we want to steal away their culture and their heritage, but we do not walk from door to door trying to get people to join us. We have not even purchased any land here."

Santos and other community members have sought help from human rights organizations, allegedly to no avail. In the meantime, Santos is sad at the prospect of having to leave.

"My children grew up here," he said. "This has been our home for six years."

Santos noted that not everyone is to blame.

"Many people do not want us to leave, and have come to ask us not to leave," he noted. "The fathers of my children's friends, for example. They are Christian people, who live by their values. Some even said jokingly that San Juan Bautista, the patron saint of the town, is Jewish, and if we are kicked out he would also have to leave."

The mayor of San Juan La Laguna, Rodolfo López, told Prensa Libre that the eviction order is 100% justified. He has given the Jewish community 45 days to leave.

"People have been waiting for a month and a half for them to leave town," he claimed. "This is the people's will. A mayor is only the referee."

He refused to discuss the incidents.

"Everyone can denounce what [or whom] he wants and is not my job to determine if it is true or not," he said.

He added that he cannot forbid anyone to visit the village, as long as they abide by Guatemalan law. But he simply that the Jews were going against "local custom," saying that he "explains how the customs of Guatemala work."

"When they buy something, they ask us to put in on the table or the floor," he said. [Editor's note: this very likely could be as a result of shomer negia, the Jewish laws against members of the opposite gender touching.] "The people of San Juan must abide by local custom."

"If I go to America, I must adopt the ways of the gringo," he added. The future of the Jewish community will be discussed in a month, he said. But for now, the entire community hangs in the balance, waiting for the shoe of an anti-Semitic municipality to drop.

Genocide Conviction of Rios Montt Overturned in Guatemala — for Now