” ,,, US former President Ronald Reagan had said Rios Montt got a ‘bum rap.’ In 1999, Bill Clinton apologized for Washington’s backing of Guatemala’s repression. … “

A Guatemala court found former Guatemalan dictator Efrain Rios Montt guilty of genocide and war crimes Friday in a landmark ruling stemming from massacres of indigenous people in his country’s long civil war. That makes him the first Latin American convicted of trying to exterminate an entire group of people.

He got 50 years for genocide and 30 years for war crimes. The sentence and verdict were read out by Judge Jazmin Barrios. She said the ex-despot’s acts “qualify as genocide.”

“The corresponding punishment must be imposed,” she said.

Rios Montt is expected to appeal.

US former President Ronald Reagan had said Rios Montt got a “bum rap.” In 1999, Bill Clinton apologized for Washington’s backing of Guatemala’s repression.

Other Latin American countries such as Chile, Brazil and Argentina were also ruled by cruel military despots in the 1970s and 80s and some leaders and officers were convicted for abuses.

But this is the first time an outright genocide conviction has been handed down in the region.

Activists say the verdict is also historic because this is the first time anywhere in the world that a court has found a country’s head of state guilty of genocide — a systematic attempt to eliminate an entire group of people for racial, religious, political or other purposes.

Matthew Kennis, Amnesty International’s Guatemala country specialist, welcomed the verdict, telling GlobalPost: “This is a very, very important step for truth and accountability in Guatemala. This guilty verdict just shows that no one there can deny what happened. There is no doubt now about Rios Montt’s culpability or the total power that he had while he was de facto president.”

“It is exactly the opposite,” he said. “Such trials promote the rule of law and strengthen justice and respect for human rights.”

Although Kennis praised Guatemalan President Otto Perez Molina for allowing the trial to go ahead, he also complained that the current leader, a former army general, had sent out “mixed messages” recently and even denied the existence of some well-documented mass slayings.

Guatemala now needs to “follow up” on the trial of Rios Montt by bringing other alleged human rights abusers to trial, wherever they might have been in the chain of command, Kennis added.

The trial drew a massive audience, both online and in person.

“The courtroom is packed with hundreds of members of the Mayan communities, academics and activists, diplomats and reporters, film makers and fotogs [sic.], grey beards, teenagers, babies on hips, bare feet and high heels, ‘jipis’ and lawyers in ties,” US human rights advocate Kate Doyle wrote from the courtroom on her Facebook page, shortly before the verdict was announced.

Rios Montt seized power in 1982 and ruled until 1983 in what is widely considered one of the bloodiest periods of the country’s 36-year agony of civil war between the military and leftist rebels. Peace came in 1996, after a war that left about 200,000 people dead or missing, according to United Nations estimates.

Under Rios Montt’s rule, the army carried out a scorched earth policy against indigenous peoples, accusing them of backing rebel forces.

In this particular trial, he and his former intelligence chief Jose Rodriguez were accused of ordering the amry to carry out 15 massacres that left 1,771 Maya Ixil Indians dead in Quiche in northern Guatemala.

“The Ixil Maya were viewed as enemies of the state and deliberately targeted,” Amnesty’s Kennis said.

More from GlobalPost: Meet a Guatemalan raised by one of the soldiers who allegedly helped slaughter his entire family

During the trial, which began in March, more than 100 survivors testified, some of them Indian women covering their faces with colorful blankets. Some said they had been gang-raped by dozens of soldiers, assaulted over and over until they passed out.

Another witness, Julio Velasco, who was just a boy at the time, testified that at a military camp where he was taken by force, soldiers played soccer with the severed head of an elderly woman.

“I have never forgotten this and will never forget it,” he testified.

Rios Montt took the stand on Thursday and denied ordering any massacres, saying he was too busy being president to micromanage the army or know what each and every military unit was doing.

The intelligence chief also insisted there was no evidence linking him to any atrocity. 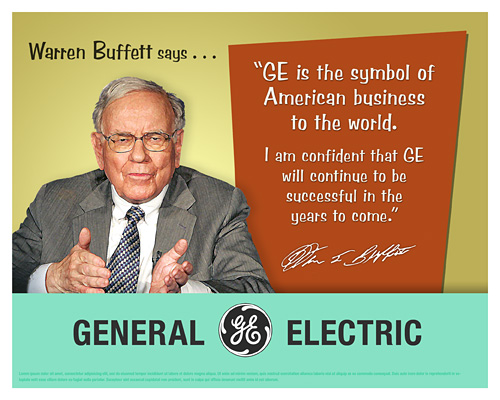 Another Big Story the Mainstream Media Missed: GE-Krupp Conspiracy Trial of ’47
May 11