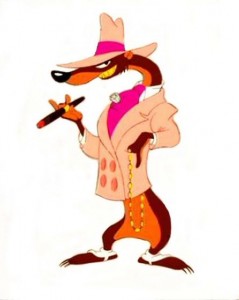 There was once an organization called ACORN that performed an invaluable public service — monitoring the Republican Party’s sleazy voter suppression tactics. Alas, ACORN was summarily sidelined by a viral video doctored by far-right trickster James O’Keefe (who appears, to informed citizens,  to be some sort of  genotypical weasel who garners media attention despite the fact that he has no credibility.)

ACORN was finished. With that aggravating obstruction out of the way, the GOP is now free to suppress the vote by any means at its disposal.

Mr. O’Keefe has done Republicans a Meese-sized  favor. Obviously, they couldn’t possibly win a fair election. But castrate the vote – after sending in swiftboats to open fire on the Democratic opposition  –  and the most corrupt, Koch-sponsored Republican stinkbug stands a fair chance of victory at the polls. This brings us to Gov. Scott Walker, the coporate servant who has heated up front pages across the country in recent weeks – so no introduction is necessary. Like furry Mr. O’Keefe, Gov. Walker is an ruinously adept at “spin.” But …

It’s voter suppression no matter how you spin it

Now that Gov. Scott Walker and the Republican Legislature have stripped public employee unions of their collective bargaining rights, they’ve got their sights set on a new group of victims. 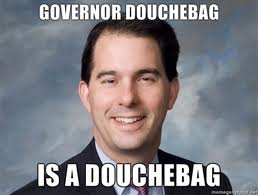 Expect the other shoe to drop soon.

Now that Gov. Scott Walker and the Republican Legislature have stripped public employee unions of their collective bargaining rights, they’ve got their sights set on a new group of victims.

The goal is to prevent college students, minorities and the itinerate poor from voting. 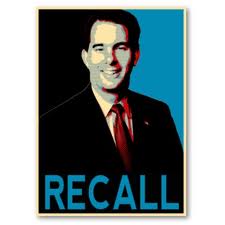 That isn’t the reason for the bill given by Republicans, including our own state Sen. Sheila Harsdorf. She called the bill a safeguard against election fraud when she announced in January that she was co-sponsoring it.

The Republicans masqueraded the union-busting bill as a budget repair bill, too, before the absent Senate Democrats forced them to expose it for what it is.

The Voter ID Bill will require voters to show a photo ID with their current address in order to vote. Driver’s licenses, state-issued photo IDs, passports, naturalization papers and tribal IDs will work, but not college and university student IDs.

The bill also ends same-day voter registration and increases to 28 the number of days a person must live at an address in order to be eligible to vote in that jurisdiction. The current requirement is 10 days.

The reason Republicans don’t want Wisconsin college students voting is that they favored Barack Obama nearly 2 to 1 over John McCain in the 2008 presidential election. What’s more, Wisconsin ranked first or second in the nation in the percentage of 18- to 24-year-olds who went to the polls. They made up close to 16 percent of the Wisconsin electorate that year.

Minorities and the poor also are reliable Democratic voters, and like college students, will be discouraged from voting by the new law.

Young people, the poor and minorities tend to change addresses more frequently than the rest of the population. Republicans hope the hassle of getting their IDs updated will keep them from participating in our democracy.

Not allowing student IDs to be used as proof of residency is an exceptionally blatant form of disenfranchisement. Despite a 1979 U.S. Supreme Court ruling that students have a right to vote where they attend college, Republicans have waged a protracted campaign across the nation to keep them from doing so. Laws have been passed in a number of states making voting as difficult as possible for students.

If the young are our future, the Republican Party is afraid of tomorrow.

Sen. Harsdorf told the Star-Observer the Voter ID Bill is needed to prevent students from voting in both their college town and hometown.

I suppose it’s possible if a student lives near enough to his or her hometown. But then, maybe we should outlaw handguns, because a lot of them are used in murders.

The fact is that Republican state Attorney General J.B. Van Hollen has been on a four-year crusade to find cases of illegal voting in order to buttress his party’s voter suppression efforts. He’s uncovered about 20 cases in that time, not all of which led to convictions.

Most of the cases involved felons voting while they were still on probation. I remember a case from a few years ago of a Milwaukee-area student voting twice, but I’m not sure that Van Hollen prosecuted that one.

At any rate, there’s certainly no epidemic of illegal voting by college students that would justify disenfranchising them by the thousands. For most, it would be impractical to sandwich in a trip home on a Tuesday, between classes and study, to double vote.

You have to have a pretty dark view of our young people to believe that any more than a handful of them would consider it. It is against the law, after all.

If the Voter ID Bill goes through as expected, I hope college students, low-income folks and minorities take note of which political party made it harder for them to cast a ballot.

“It is only as those of every generation who love democracy resist with all their might the encroachments of its enemies that the ideals of representative government can even be nearly approximated,” La Follette said.

The concept of one person, one vote has long been an anathema to the elites of society.

When our country was founded, only white male landowners could vote.

Before the Civil War, Connecticut and Massachusetts adopted literacy tests to prevent Irish Catholic immigrants from voting. After the war, southern states used literacy tests and poll taxes to keep freed slaves away from the polls.

Wisconsin’s Voter ID Bill, no matter how you spin it, is a step in the direction of that inglorious past.