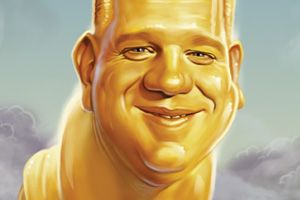 Glenn Beck’s “Goldline” sponsor was interrogated by congress, after Anthony Weiner called for an investigation. Glenn Beck is accused of using fear tactics to funnel sales to the sponsor, which he didn’t disclose properly. His failure to disclose Goldline was seen as unethical, and as such caused problems for Fox News.

Now, it appears as if the Congressional probe into Goldline is continuing. Considering that Gold prices are at all time highs in excess of $1,300 it comes as no surprise that people are taking an interest in precious metals. Well, there are accusations that Goldline has grossly overstated prices, essentially gouging customers.

The “victims” of Goldline’s “unfair” sales tactics are often educated middle class citizens according to Weiner. These people are convinced to pay many times the market rate for Gold. Beck peddles overpriced antique coins as a means to ensure that the government doesn’t confiscate investments as they did in 1933.

However, if the “victims” are “educated” then they should be able to weigh the pros and cons themselves. The hearing had no result, although Anthony Weiner is calling for Beck to stop promoting the sponsor on his site and on Fox News and elsewhere.