Flight 3407 Crash Idle “Chit-Chat” was NOT a Factor

Getting Away with Mass Murder is a Breeze in Alfred E. Newman Nation 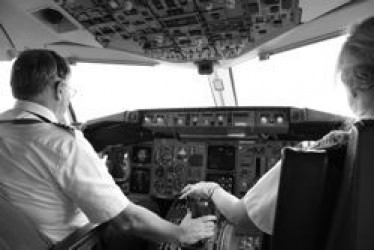 The press has reported widely that pilot "chit-chat" in the last five minutes of the flight was a contributing factor in the turboprop's disastrous approach to Buffalo Airport, but (as reported below)...

" ... In the last four minutes before the captain asked for the gear to be put down, there was only a single, three-sentence statement made by the captain ... Non-essential chatter wasn't a factor ... "

Contrast this with the official explanation spilled recklessly across the front pages of newspapers around the world, as in this story from the New York Daily News on May 11: "The pilot and co-pilot of the Newark-Buffalo flight that crashed in February, killing all 49 aboard, may have been distracted by their own idle chatter in the cockpit, federal officials said Monday. The National Transportation Safety Board Tuesday begins three days of hearings on the crash of Continental Connection Flight 3407 last Feb. 12. It will focus first on the violation of 'sterile cockpit' rules, which bar routine gabbing when the plane is under 10,000 feet. ... "

The NTSB claimed that "gabbing" in the cockpit was a primary cause of the crash. Marginalizing and blaming the victims is a gross injustice but Americans have been taught to point fingers, and smears go down easily in a country that refuses to take responsibility for its own murderous actions, and has no respect for human rights.

The public perception of the pilots as unprofessional airheads engaged in idle "gabbing" as the plane sped to its doom serves the purpose of inciting public scorn toward the flight crew. The word "sabotage" in this environment is entirely out of context, exactly where the NTSB wants it.

The Chatty Cathys scenario is an obscene lie, but Americans are generally too dumbed-down and conditioned by groundless official distortions to discern or even care about a little thing like mass murder. The "findings" of the NTSB are false and defamatory - exactly as expected in a case of political conspiracy. 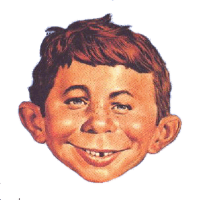 "What? Me Worry?" rules the day, and this madness affects each of us deeply. One has to be more than an Alfred E. Newman to see it. Newman Nation doesn't.

... The NTSB has released a tremendous amount of information already and I feel the need to shed some light on what the Colgan 1549 pilots may have been dealing with before the tragic accident.

We've heard that the captain reacted incorrectly by pulling up instead of pushing forward, that he didn't have much experience in the Dash 8 Q400, that he and the first officer were discussing non-essential topics during the sterile period and that the captain had flunked a number of checkrides while learning to fly. We also heard about their long commute before work and the lack of sleep each pilot had before the trip.

But how much did these facts play a part in the accident? We'll never know exactly what each pilot was thinking, but when you combine the transcripts with the NTSB recreation, a picture emerges that's a little more complicated than what's being reported.

According to the transcripts, the flight from Newark was completely normal until the start of the approach. Checklists were accomplished, altimeters were set, approach briefings were done. There was a fair amount of conversation, but this was mainly while above 10,000 feet. There may have been discussions with their company about where the aircraft would park after landing, but it's hard for me to determine if this was before or after they flew below 10,000 feet.

The press latched on to the 'chit-chat' these pilots were having before the accident. The cockpit voice recorder was installed years ago as a safety device, but it's sadly being used to satisfy the morbid curiosity of the public. Do we really need to hear the conversations that took place on the ground in Newark before this flight?

Much of that talking while approaching Buffalo revolved around icing and their prior experience in ice. In the last four minutes before the captain asked for the gear to be put down, there was only a single, three-sentence statement made by the captain in response to the co-pilot's concern with her lack of icing experience.

After that, nothing was said for the next two minutes, until the chain of events that would cause this accident would begin.

"Gear down." The captain called.

The co-pilot responded by lowering the gear and pushing two knobs called condition levers forward. Just two seconds later, the approach controller told her to contact the tower. The co-pilot immediately looked down to change to the tower frequency, while acknowledging the controller. After she had spun some dials to enter the tower frequency in the VHF control panel, she looked at the gear handle to call out that it had extended completely-that it was now down and locked.

Two seconds later, the captain called for the flaps to be lowered to 15 degrees. Before even having a chance to look up and check on the flight's progress she needed to move the flap handle from 5 to 15 degrees.

In the 22 seconds that it took for the co-pilot to put the gear down, push the condition levers forward, change the frequency, verify the landing gear position and select flaps 15, the airplane had slowed from 180 knots to 133 knots and the stall warning system activated.

She was relying on the captain to fly the airplane or, in this case, monitor the autopilot, while she performed her non-flying pilot duties. Every pilot has been in this situation before, where rapid-fire actions can take the non-flying pilot's attention away. But usually being out of the loop for twenty seconds isn't enough to cause a problem. Up to this point, she had done everything right.

Now let's think about what the captain may have been dealing with:

He was in level flight at 2,300 feet with the flaps set to five degrees. He may have been tired, and so he likely felt like letting the autopilot take care of intercepting the final approach course. The autopilot was holding the altitude and heading and since the Dash 8 Q400 doesn't have any autothrottles, he was manually setting the power to the proper setting to maintain a speed of about 180 knots.

At one point, the speed picked up to 186 knots. He pulled the power back slightly to let it settle at 180 knots which took about 6 seconds.

But somehow, the captain was distracted. He had just pulled the power back prior to calling for the gear to come down. He didn't touch the throttles for the next 27 seconds, which means there was no way he had glanced at his airspeed for that half-minute. He could have been checking to see if there was any more ice accumulating or glancing at his approach plate.

The point is, he had become distracted and the co-pilot was out of the loop while she accomplished her required duties. The motion of the gear coming down and the condition levers coming forward meant that there was little time to react with the throttles.

This wasn't the first time a pilot failed to notice a loss of airspeed while on approach. In fact, less than two weeks later another accident occurred while flying an approach on autopilot. Turkish flight 1951 which crashed short of the runway in Amsterdam was equipped with an autothrottle system, but it had failed at 1950 feet, when it reduced the power to idle slowly without the crew noticing.

In an age when the flying public seeks comfort by thinking airplanes just land themselves, it appears that a reliance on automation may have led to two separate accidents in the month of February alone. Autopilot use is generally encouraged by many airlines as a way to reduce a pilot's workload.

But I'm certain that if the autopilot had been off in either accident, the pilots would have found it difficult to maintain altitude as the airplane slowed, which would have made it immediately obvious that more power was needed.

In both of these cases the autopilot masked this, making it easier to become distracted.

When the stick shaker activated on Colgan flight 3407, the autopilot turned off automatically. Somehow the captain let the nose of the airplane reach nearly 30 degrees, and even though he correctly responded with full power, it wasn't going to prevent the continued loss of airspeed as long as he had the nose pointed up between 20 and 30 degrees.

The co-pilot had been thinking about ice for the last half of the trip because of the build-up she had seen earlier, and this might have been going through her mind as she heard the stick shaker activate at the exact moment she was moving the flap handle from 5 degrees to 15. She very well may have associated her flap selection with the stick shaker, and if a movement in the flight controls results in something going wrong, I could see most pilots tempted to move the flap handle back where it was before the problem began (in this case, back up).

This is exactly what she did, which made the recovery much more difficult for the captain, since an extra 20 or 25 knots would be needed to fly at the reduced flap settings. Bringing the flaps up is also a recovery technique in high-wing turboprops that encounter enough ice to stall the tail. So this may be further proof that she was convinced tail-icing was their problem.

The captain may have also thought tail icing was his problem and the reason the nose wanted to drop, completely misreading what the 'stick pusher' was trying to tell him. Reports have indicated that the captain had watched the NASA video on tailplane icing recoveries during training just a few months earlier. This is a video which will definitely leave a lasting impression on any pilot. ...

Non-essential chatter wasn't a factor in this accident since the pilots had been quiet for more than two minutes prior to the airplane slowing. The NTSB will likely look at the training these pilots had received and how fatigue may have played a role in the accident. ...