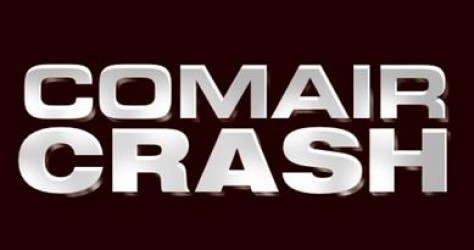 NOTE: Here, from the McClatchy press, we find that the FAA has been caught in a “blatant lie” related to the crash. Will the media ever suspect that the FAA and NTSB are spinning the facts of the case, and that there are many more distortions in the Bush administration’s overheated centrifuge of implausible cover stories? The transcripts released last week by the NTSB were sanitized. One – a critical conversation between the tower and the pilots – was quietly withheld. To stanch any questions, the NTSB has decided there is no need for a public hearing on the crash. Forget it. Meanwhile, the federal agencies have been floating false stories that just happen to suggest the pilots were incompetent boobs. There was little said of the INCORRECT MAPS given the pilots or other essential details. We’ve been told ad nauseum that they engaged in small talk in the cockpit … several minutes before taking off, as if this explains everything … but in the real world, scattered reports note, airline pilots frequently violate the cockpit conversation rule … 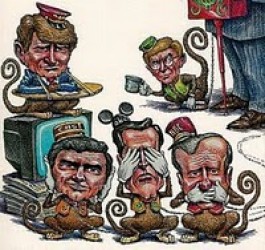 Our perceptions and beliefs are being programmed by subtle gaps in the record, false “expert” opinions, selective presentation of evidence. THE COVER-UP PROVES THE CRIME. “But [lawyer Stan] Chesley also points out what’s not in the documents – any conversations between the pilots and the air traffic controller. That raises question about what’s missing – or why they didn’t talk to each other, he said.” Questions no one is rushing to answer. http://www.newsnow.co.uk/newsfeed/?name=Comair+Crash When the EPA told New Yorkers to breathe deeply after 9/11, they did. When the FAA blamed the pilots for the Lexington disaster, most of us shrugged and swallowed it. And now the agency has been caught in a lie … a public hearing would expose more of the same. This is why a public probe of the crash has been aborted, the NTSB is withholding evidence, and the airport stonewalling the release of documents (in violation of state law) – and this is also why the press is spinning essential facts in the case. ” … Agency administrator Marion Blakey dodged … questions … ” Didn’t the pilots speed off through the darkness “confident that they were on the correct runway?” Any inquisitive reporter would ask WHY they were so certain 26 was the correct runway. Perhaps they were MISLED … has this question not occurred to ANY reporter covering the story? We must take the air controller’s word for it that he instructed the pilots to take the correct runway, and that it was correctly indicated on maps and airport updates. The controller’s account is reported without question, but the NTSB is in fact sitting on that particular bit of transcription. It’s a matter of faith. It’s also a matter of faith that we believe the controller’s account that he was distracted (and, remember, the bureau wouldn’t even release his name for four months) … even though important details of it have CHANGED over time. Media distortions seem to take care of the rest because a complacent public is indifferent and not paying attention, as always. 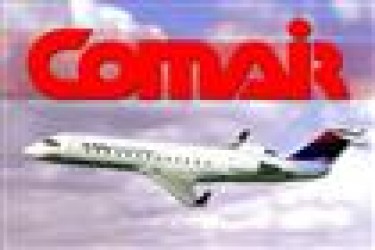 The violence bred by the fascist ruling class goes around and goes around. You – or someone in your family – may be next. New Yorkers should have known better than to trust the EPA. And here we go again … – Alex Constantine — Manager wanted more tower staffing REQUESTED BIGGER OVERTIME BUDGET By Brandon Ortiz HERALD-LEADER STAFF WRITER Jan. 18, 2007 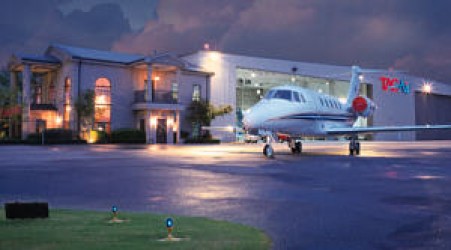 Eight months before Comair Flight 5191 crashed with only one air traffic controller monitoring Blue Grass Airport — a violation of Federal Aviation Administration policies — the tower’s manager warned his superiors that he did not have enough staff, according to documents released by federal investigators yesterday. In a Jan. 12, 2006, e-mail, Lexington tower manager Duff Ortman sent a draft of a budget request to FAA hub manager Darryl Collins in Cincinnati to increase his overtime budget from $17,000 to $92,000. Without more controllers or more overtime, Ortman said, he could not comply with an FAA directive to have two controllers monitoring the airport on the overnight shift. “There is no more rubber band to stretch,” Ortman wrote in an e-mail released yesterday by the National Transportation Safety Board. From January to April, Ortman staffed two people on the overnight shift on “most days,” he said in an interview with the NTSB. But after a controller retired in April, he staffed only one person on the shift — a decision that violated FAA policies. He discussed the decision with Collins, according to an interview transcript. In the days after the crash, an FAA spokeswoman denied that there were limitations on overtime. Ortman, however, said his budget allowed for only 34 days of overtime coverage for the entire year. Spokeswoman Kathleen Bergen told the Herald-Leader the night of the crash that there was no directive that overnight shifts, also called midshifts, have two people. But according to Collins, Bergen had a copy of a Nov. 16, 2005, memo that afternoon in which Ortman referred to the requirement. “In other words, she blatantly lied,” said aviation consultant Mike Boyd, who has testified to Congress about the nation’s air traffic control system. “The FAA has been known to lie about things. They have been known to cover up things, and this is one more example of that.” Investigators apparently did not learn of the staffing requirement until Ortman’s memo was leaked to reporters. NTSB members asked Collins on Aug. 30 — the day after news broke — why the FAA did not provide them with the memo. “No one believed it had a bearing on the accident,” Collins said. “The paramount issue was the controller’s performance, not how many people were on duty, until it came out in the press.” Collins said he did not think having two people on the shift would have made a difference because the other controller’s attention may have been somewhere else. Several experts have said that controllers are not responsible for making sure planes line up on the correct runway. After the crash, the National Air Traffic Controllers Association, an employee union, reiterated its longtime stance that the United States has a controller shortage that threatens safety. It is involved in a heated labor dispute with the FAA. A union spokesman declined to comment yesterday because the union is a party to the NTSB investigation. In a statement, the FAA noted that the NTSB has not determined a cause of the crash and said the agency will continue complying with the investigation. A spokeswoman declined further comment. The FAA gave Ortman “a blank check” after the crash to cover overnight shifts, he said. In a 70-day period between January and March, the shifts were not fully staffed 40 times, according to the report. Ken Bechtold, vice president of the NATCA’s Lexington local, said overtime was heavily restricted before the crash. Controllers were never told anything in writing, but managers said “that they didn’t have the money for it.” The agency has not disclosed exactly who knew what and when about Lexington not complying with the FAA policies, which were created in 2005 after an incident at the Raleigh-Durham airport in North Carolina. Agency administrator Marion Blakey dodged such questions when she spoke in Louisville after the crash. The FAA has not yet provided documents the Herald-Leader requested in an open records request filed a day after the accident asking for correspondence between Ortman and his superiors about staffing. Yesterday’s report was the first indication that officials above the local level were aware the Lexington tower was not in compliance. “The problem is politics, and political appointees is what is running the FAA,” said Boyd, the aviation consultant, who lives in Colorado. “So we don’t really know who is on first. We don’t know what to believe. But we do know this: The tower was understaffed. We do know that the FAA doesn’t even follow its own rules.” Bruce Johnson, the FAA’s vice president for terminal services, told investigators he did not know the Lexington tower was out of compliance until after the accident. In November 2005, he “verbally” directed towers to have two people performing radar and tower functions; the radar function could be done by a controller in another tower. But there was confusion over whether his instructions were “verbal guidance” or “policy,” Johnson said. Six facilities were not in compliance with his directions, but Lexington was the only one that didn’t follow because of staffing issues. Johnson was asked how he ensures that towers are complying with FAA policies. He said he expects managers to tell him during quarterly meetings. Reach Brandon Ortiz at (859) 231-1443, 1-800-950-6397, Ext. 1443, or bortiz@herald-leader.com. © 2007 Lexington Herald-Leader and wire service sources. All Rights Reserved. http://www.kentucky.com