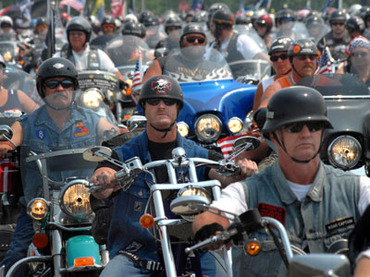 “… The underlying aspect through all of it was that they were obtaining explosives and explosives expertise, and they intended to use them to kill people in the United States. …”

Authorities in Florida dismantled two white supremacist gangs this year that they say were havens for domestic terrorists readying for a race war. In both instances, agents infiltrated and even helped establish the groups before bringing them down.

In two separate cases publicized only this week, agents working out of the Sunshine State penetrated rings of racist, neo-Nazis motorcyclists who regularly constructed homemade weapons and allegedly plotted hate crimes against minorities. Investigators first began establishing a case against the white supremacists all the way back in 2007, and documentation detailing their probe has been given to the Orlando Sentinel, which they say stretches all the way through this past May.

In their original report of the investigations, the Sentinel says that agents targeted two separate sects of white supremacists and racist bikers in Central Florida, but that the FBI made their own motorcycle gang to get to the heart of their community of hate.

Through adopting a false name and alias, an unnamed officer from the Orange County Sheriff’s Department assumed the identity of a hate mongering neo-Nazi that made his way to the top ranks of the Aryan Nations, even becoming close with the organization’s leader, August Kreis III. From there the agent helped establish a phony biker gang — the 1st SS Kavallerie Brigade Motorcycle Division — that would eventually operate out of St. Cloud, Florida and attract new recruits from across the state. Not before the FBI could install their own undercover agents, though, to further infiltrate the community and assist in the investigation.

The Sentinel reports that the FBI’s Joint Terrorism Task Force began monitoring the Kavallerie Brigade and the happenings inside of their clubhouse with the help of “enough hidden microphones and cameras . . . to stage a reality-TV show.” By watching closely, they say they were able to tie key white supremacists close to the Aryan Nations with criminal activity conducted in coordination with the phony group.

“The underlying aspect through all of it was that they were obtaining explosives and explosives expertise, and they intended to use them to kill people in the United States,” Orange-Osceola State Attorney Lawson Lamar tells the Sentinel. “We have a duty to stop what they were doing.”

In a completely seperate instance, the FBI once more got to the heart of another alleged hate group, but this time relied on only a convicted drug dealer to act as an undercover informant. In nearby Osceola County, the Joint Terrorism Task Force installed a mole within the neo-Nazis group American Front and had him file daily reports on the organization’s activities. This past May, however, the informant became concerned for his safety and told the FBI he didn’t think he could last much longer.

“If I find out any of you are informants, I will (expletive) kill you,” the mole says he recalls suspected American Front higher-up Marcus Faella warning others.

The agency began making arrests on May 4, 2012 and by June and arrested 20 individuals total from both groups. 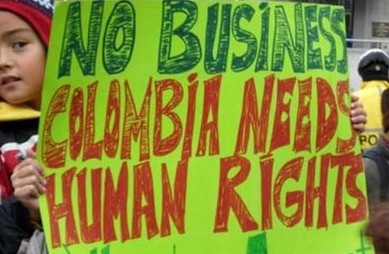