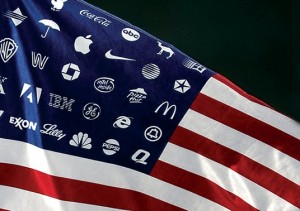 In response to Terry Stewart's letter about Leo Sandy, Professor Sandy is correct, our social conservatives are our very own Taliban. I have been calling the religious right the American Taliban for 15 years and it has in recent times become very popular to use the phrase. Here is why. They attack the dignity and liberties of gays and lesbians by trying to make them second class citizens. Although not armed (most of the time) our Talibaners are just as obsessive compulsive about sexual matters as the Taliban is. Right wingers freak out over other people's sex lives as if they have a say!

The American Talibaners are those responsible for attacking women's "health equality" primarily using the pathetic excuse of religious liberty. Women's health care must be complete, not partial as the American Taliban wants. These people will go to untold lengths to make a woman's womb a barrier to her equal rights and liberty. The latest is the squealing about contraception midst their continual attacks on Planned Parenthood. With the social conservative, its their religion that gives them license to attack the rights of gays and women. After all, the social conservatives looks to their Bible to find reasons for these discriminatory ideas.

If Terry wants to play the Nazi card, so be it. Unknown to nuts like Glenn Beck and Matt Barber, Nazis were right wingers. Fascism by definition is a right wing ideology. I wrote a letter months ago on how similar the fascist regimes were to America's right wing. Let me summarize. In Germany, Fascicts were fiercely ant-immigrant and demonized all who did not use German language. German fascists were out to protect German language, German culture, German womanhood, and German moral purity. Sound familiar?  Diversity would destroy Germany's soul they claimed. In the party platform, immigrants, foreign language and foreign arts and culture are attacked as if they were poison. Sounds like Pam Geller!

When Hitler, Mussolini, and Franco got into power one of their first targets was THE UNIONS. Socialist mayors were forced to resign or face brutality. They crushed unions and their leadership out of existence. Fascist governments attacked, jailed and murdered thousands of socialists. Fascists hated communism and like our right wingers, saw it in everthing dangerous to the nation. The fascists of Germany, Italy and Spain eliminated FAMILY PLANNING services. Women were men's business. These regimes also frowned upon women in the workplace. Both Hitler and Mussolini awarded prizes, including money, to those who had the most kids for the nation. CONTRACEPTION was so hard to find even condoms were outlawed unless you could prove you had a disease. Mussolini aligned himself with the Church in these social matters.  German fascists went nuts against the flourishing GAY RIGHTS movement in Germany. After the German Reichstag approved Hitler's dictatorial powers in the 1930s, Brownshirts attacked every pub, theater, or business that was owned or frequented by gays. All gay businesses were closed and 700 were thrown into jail the first day. The reich's IIS police force collected dossiers ("pink lists") on every homosexual they could.

In 1936, Hitler & Himmler created THE REICH CENTRAL OFFICE FOR THE COMBATING OF HOMOSEXUALITY AND ABORTION. That's right, a bureacracy to investigate, arrest, and jail gay men and women regarding homosexuality and abortion. By 1938, 100,000 gay men had been arrested and jailed. Records that survived show that at least 15,000 gays were gassed in the death camps. In two of the camps a Danish Dr. Vuarnet attempted to "cure" gays with all types of experiments, even hormone implants. This sounds like the Christian Fundamentalist organization called NARTH who preaches that being gay is a sickness that can be cured. How Nazi! The situation was similar in the other fascist countries. Murdering gays was also a product of the Post WW2 fascist regimes and their paramilitary militias found in Latin America, especially Chile (Pinochet) and Argentina (Peron).

Mussolini, who was the father of fascism, defined fascism in his speech before the Italian Parliament in 1932 this way, "Fascism should rightly be called CORPORATISM because it is a merger of the power of the state with THAT of corporations".  The United States, especially its middle class and safety net, is in big trouble because our own corporate fascism is running rampant. Stagnant wages for 30 years yet hundreds of percent in gains for the top earners. Our right wingers ADORE corporatism!