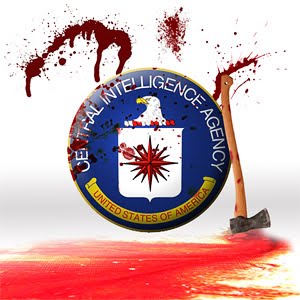 A judge refused to suppress damaging evidence indicating that Warren had drugged two women and had sex with them while stationed in Algeria. His case was headed for trial. The Chesapeake native then returned to his Norfolk home and failed to make two more court appointments. A judge last week issued a warrant for his arrest. And Warren’s neighbors told police he began exhibiting bizarre behavior, showing up next door one day with his penis hanging out, police records say.

Then on Monday, Norfolk police and federal agents found him at a motel with two friends and a gun. He was taken into custody and when he appeared in U.S. District Court on Tuesday, he arrived in a wheelchair wearing hospital patient garb. His ailment was not made public.

Warren has published a novel, obtained a master’s degree and is fluent in two foreign languages. Now, with his spy career finished, he’s facing a possible life prison sentence if convicted of the sex abuse charge. Warren will return to court Friday for a bond hearing. He remains in custody. A friend who showed up in court Tuesday could not explain what had happened to Warren. And Warren’s attorneys did not respond to messages.

The son of turkey farmers, Warren, 42, graduated from Great Bridge High School in 1986 and went on to Norfolk State University, where he obtained an undergraduate history degree. Later, he earned a graduate degree in Middle Eastern history from Indiana University before taking jobs with the National Security Agency and the U.S. Foreign Service, spending most of his time in the Middle East and North Africa.

After leaving the State Department in 2001, he joined the CIA and had been serving as bureau chief in Algiers until the sexual assault allegations in 2008, when he was removed from that position. The CIA fired him in March 2009, and a grand jury in federal district court in Washington issued a one-count indictment against him last June. He had been free on his own recognizance with the condition that he remain in Norfolk and stay out of trouble.

The grand jury charged Warren with having sex with a woman on Feb. 17, 2008, at his Algiers house while the woman was “physically incapable” of communicating her unwillingness to have sex. Warren’s trial is scheduled for June 21.

Though he is not charged in the earlier alleged assault, federal prosecutors said they plan to introduce at trial evidence that Warren committed the same offense in the fall of 2007. Both women are Algerian nationals. Warren said in court filings that he denied drugging or sexually assaulting either woman and that the sex had been consensual, with one of the women insisting that he wear a condom.

But both women told authorities that they fell into a semi-unconscious state after Warren served them mixed drinks – the first whiskey and cola, and the second apple martinis.

Both told authorities they became violently ill, vomiting and falling in and out of consciousness.

The woman in the February 2008 incident reported that she felt paralyzed, but could speak and told Warren to stop and repeatedly asked “What’s happening to me?” according to a court filing.

U.S. District Judge Ellen Segal Huvelle in Washington ruled in late March that federal prosecutors could use all the evidence they had gathered against Warren at his upcoming trial.

The evidence includes Valium and Xanax taken from his Algiers residence, a handbook on how to investigate sexual assaults, and photos of the women.