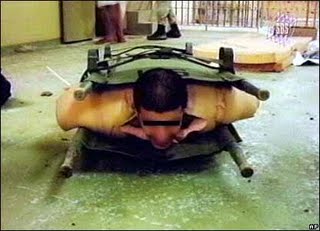 A broad coalition of human rights, health, and religious groups filed a formal complaint today with the US Department of Health and Human Services Office for Human Research Protections (OHRP) against the Central Intelligence Agency. This action is in response to new revelations by Physicians for Human Rights that the CIA allegedly engaged in illegal human subject research and experimentation on detainees as part of Bush-era interrogation practices.

The CIA has denied the allegations and has refused to investigate evidence of experimentation presented by Physicians for Human Rights in a report entitled Experiments in Torture: Evidence of Human Subject Research and Experimentation in the "Enhanced" Interrogation Program. The report is available at http://phrtorturepapers.org/?p=430

The following groups have joined the OHRP complaint so far:

• Center for Victims of Torture

"OHRP has a legal responsibility to investigate these disturbing new allegations about the CIA and possible illegal human experimentation on detainees, despite the refusal by Langely and the White House to do so," stated Nathaniel Raymond, lead author of the Physicians for Human Rights report. "OHRP has a reputation for enforcing strict adherence to human research protections, which it must bring to bear against any CIA malfeasance that it uncovers."

Reverend Richard L. Killmer, Executive Director of the National Religious Campaign Against Torture, stated, "The world recognized after World War II that illegal experiments on human beings go even beyond torture in defiling and breaking human beings. The National Religious Campaign Against Torture is joining the complaint asking the federal Office for Human Research Protections to investigate human experimentation on detainees by the CIA and is also continuing its call for a Commission of Inquiry to investigate ALL torture practices by the U.S. government since 9/11 and to recommend the needed safeguards to assure that U.S. sponsored torture will never happen again." ...